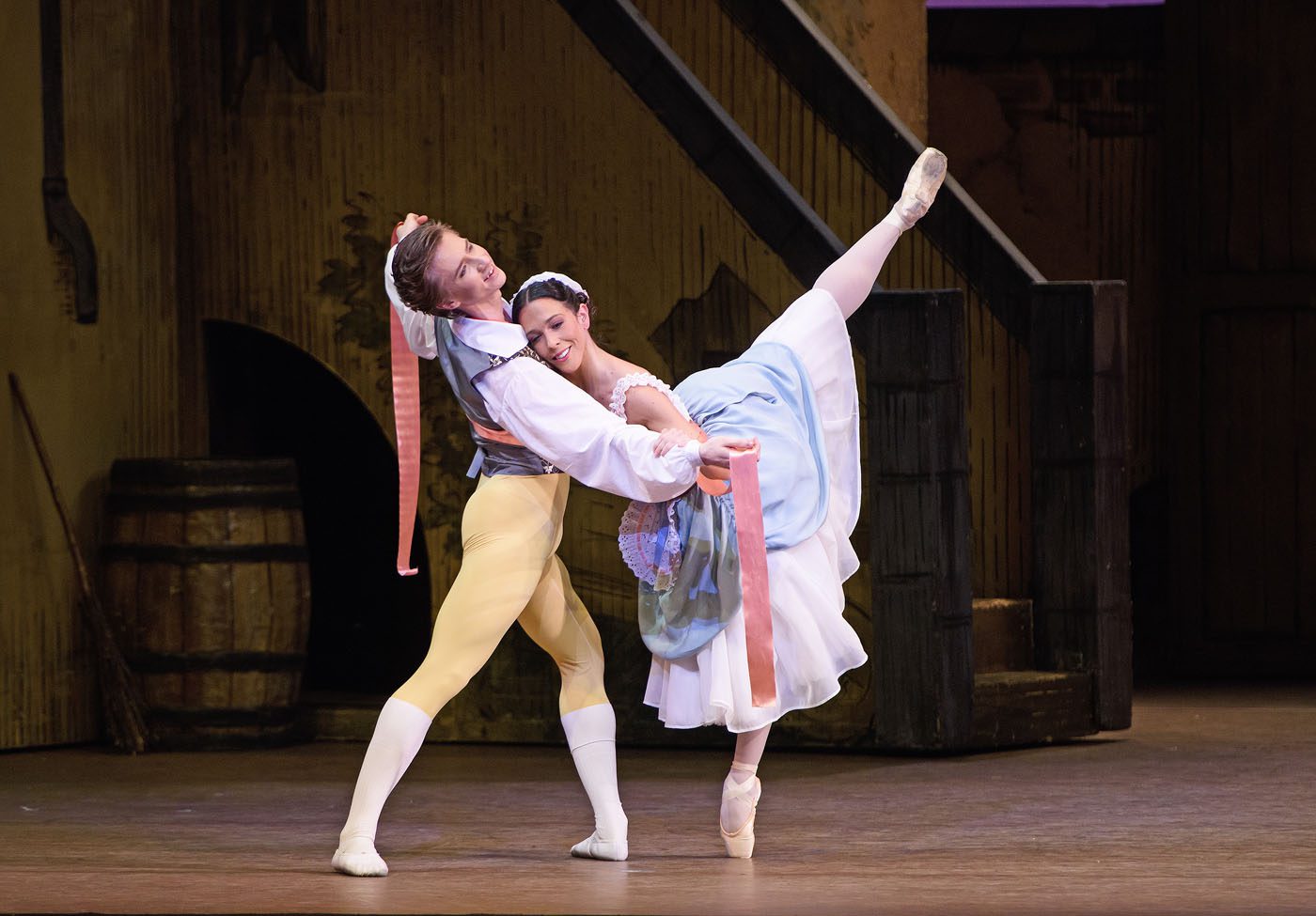 It’s the Time of the Season

Frederick Ashton’s sun-soaked “La Fille mal gardée” isn’t the most obvious choice for a fall production, but its cheery pastels and verdant setting are, I can attest, an excellent antidote to the autumnal dusk starting to settle over London.

The bright ballet has enchanted audiences around the world in the 66 years since its creation and to this day reigns supreme in the comedy ranks, an exemplary blend of silly and charming, with romps and romance and gags galore. The action centres on flirty farm girl Lise, who’s forever canoodling with her paramour Colas, despite her meddling mother Simone’s efforts to marry her to the feeble Alain. Politics aside—the premise does, after all, look upon paternalism and female propriety with an irritating fondness—it’s an easy ballet to fall for, not to mention a solid choice for commemorating the Royal Ballet’s 70th anniversary in residence at the Royal Opera House and honouring Ashton’s legacy as the company’s founder-choreographer.

This run will see the titular ‘wayward daughter’ role shared between six principals, including Natalia Osipova, Marianela Nuñez and Laura Morera. I was delighted to catch the latter’s performance on press night—Morera’s 2015 turn as Lise earned her an award for Outstanding Female Performance at this year’s National Dance Awards, and her performance here indeed proved a commendable one, brisk and animated, with a healthy dose of wit. Better yet, she was paired with the charming Vadim Muntagirov, also a winner at this year’s awards (scoring the Dancing Times’ Award for Best Male Dancer) and likewise laudable in his role as the gallant Colas. Together the pair look immaculate, Morera fetching in her Little Bo Peep bonnet and Muntagirov dashing in flowing sleeves.

With their proclivity for loud patterns and other ‘down-home’ touches, folksy ballets often run the risk of garishness, but beautiful hand-painted scenery and finely detailed costuming keep the proceedings tasteful here. The spot-on character depictions help. Morera meets Muntagirov’s jaunty, puppy-eyed gestures of affection with mischievous, knowing grins—a mature take that throws Simone’s childish treatment of Lise into relief and plays on the age difference between the two leads (Morera is around 12 years Muntagirov’s elder). Her comedic chops also come to the fore, not least when Colas catches Lise goofing around and she responds by cringing and plunking a handkerchief over her head in embarrassment.

Thomas Whitehead and Paul Kay take on Simone and Alain, respectively, the ballet’s more cartoonish personalities, though each makes his character his own, giving them an edge over the stock characters they’re based on. Simone is cantankerous and easily riled, yet amusingly open to the right kind of attention, as epitomised in her scene-stealing clog dance. Alain, meanwhile, is as short in confidence as he is in stature—utterly feckless and a hilariously inappropriate match for the comely Lise. Kay’s athletic commitment to Alain’s embarrassing antics—including getting swept away in a storm by his umbrella—render them more wacky than pitiful and in fact make for some of the evening’s most endearing moments.

The show also shines on the technical front. Morera is reliably nimble, with tidy arabesques and pretty leaps, while Muntagirov looks right at home with high-flying barrel jumps and demanding turns. The corps—picture-perfect in sugary pinks, yellows and greens—looked a little cramped in the first act but still managed a lively performance, full of well-timed skips and shipshape formations. Their raucous frolic with a ribbon-festooned maypole is one of the production’s more eye-catching scenes, though I found the quiet background moments scattered throughout equally engaging: Lise punching out échappés as she churns butter, Colas stealing a kiss through the window while Simone’s back is turned. Other highlights include a flock of fluffy chickens popping out of their pen, Simone and Lise riding around town in a carriage pulled by a real pony, and Simone clutching Colas in a hearty squeeze when she finally accepts him as her future son-in-law.

Exuberance, romance and farce—this production makes expedient use of all three, with a committed, capable cast to boot. I could’ve done without Lise’s famous spanking scene—again, an implicit celebration of dominance over unruly women—but the ballet’s sweet tone and unabashedly happy ending happily cut through its (few) sour notes. Little wonder it’s so widely beloved.