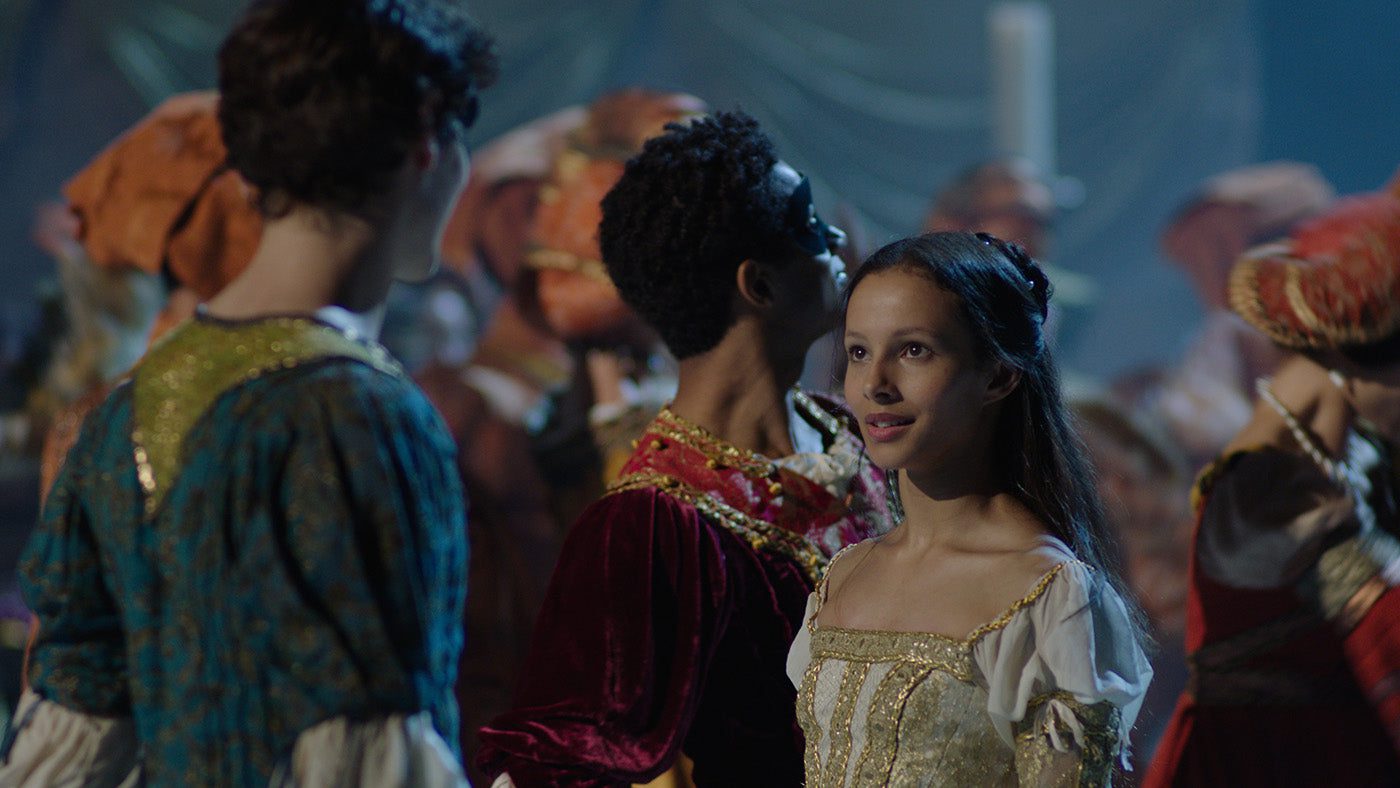 Romeo and Juliet: Beyond Words, a dance film by BalletBoyz

“Maybe this time, it won’t end that way . . .” A wishful sentiment shared, perhaps, by the audience as they watch a well-known classic. Romeo and Juliet: Beyond Words, written and produced by BalletBoyz founders Michael Nunn and William Trevitt in association with the Royal Ballet and Footwork Films, unfortunately does not manage to create this tension.

A lack of intimacy with the principal characters, combined with a set that is neither realistically immersive or stripped back to focus on the dancing, and the rather stuck-on nature of Prokofiev’s score, manifests in a film that ultimately feels flat. And there’s a sense, too, that in some of the awkwardly long close-ups of the performers’ faces, you should already know what they are thinking: there is little extra evidence to help you.

This would perhaps be irrelevant if the dancing itself stole the show, and the performers are perfectly cast. Francesca Hayward as Juliet is keen-eyed and infectious: subtle gestures communicate what she is feeling, from pushing her childhood toy out of sight from the adults to frantically grabbing Romeo’s hand and holding it to her heart, surprised and excited. William Bracewell as Romeo believably moves from annoying yet charming youth to pained and regretful: his extensions and turns are beautifully slow and controlled. Marcelino Sambé as Mercutio brings an attack and speed to his jumps that imbues his character with a gaiety that verges into provocation (though his dying scene is awkwardly drawn out). Matthew Ball’s Tybalt hovers menacingly in the background.

And yet, the film does not provide them with the right space to showcase their efforts. The film was shot on an outdoor location in Budapest, featuring a sun-dappled, very clean courtyard, with adjacent rooms and arched tunnels through which the dancers flit. The environment takes over but it never stops feeling like a set, the action and choreography remaining bound to the same conventions of the stage: villagers mill around at the edges in staged clumps, space is cleared for big set pieces. The camera shots tend to prioritise dancer’s bodies rather than the story.

But then a hedge or chair will block the view of a dancer’s feet, or, in more frustrating scenes, shots are filmed through bars or gauze. In these scenes, the shift in gear to create a world of secrecy is sudden, the camera having never felt like an intimate bystander. Perhaps the most disappointing scene is the Dance of the Knights, where we cut from bustle as people enter the ball to a flat wide shot. The music simply begins, there is no build-up. It’s such an impressive track, contrasted with Kenneth MacMillan’s original stately and almost impassive choreography, but here something is missing: there is no sense of scale, but nor are we pressed up close into the rigour of the procession. This is symptomatic of the film: we are given neither the pulsating mass of bodies on stage, nor the dynamics of a camera weaving its way through a world waiting to be explored.

The score often seems like it will simply fade out and we’ll join the dancers’ world. There is no dialogue and rarely any sound from within the film—the latter is particularly noticeable when Tybalt knocks wine glasses to the floor in anger. When Mercutio and Tybalt are fatally wounded, the sound of a crowd peeks out from under the score but doesn’t rise above it, though the scene is visually richer than previous scenes—the camera joins in with the frantic crowd as the dancers roll in the mud, rain dripping from their ripped clothes. Two love scenes between Romeo and Juliet are so coy as to make one question why they are included in the first place.

Overall, this is a missed opportunity. With many companies putting their narrative ballets on screen during lockdown, I’ve been struck by the emotional resonance that is more freely available to audiences from the camera compared to a view from the back of the gods. There is a lot of potential here, a potential which many other artists and companies have been exploring: this feels like an initial but uninspired step.