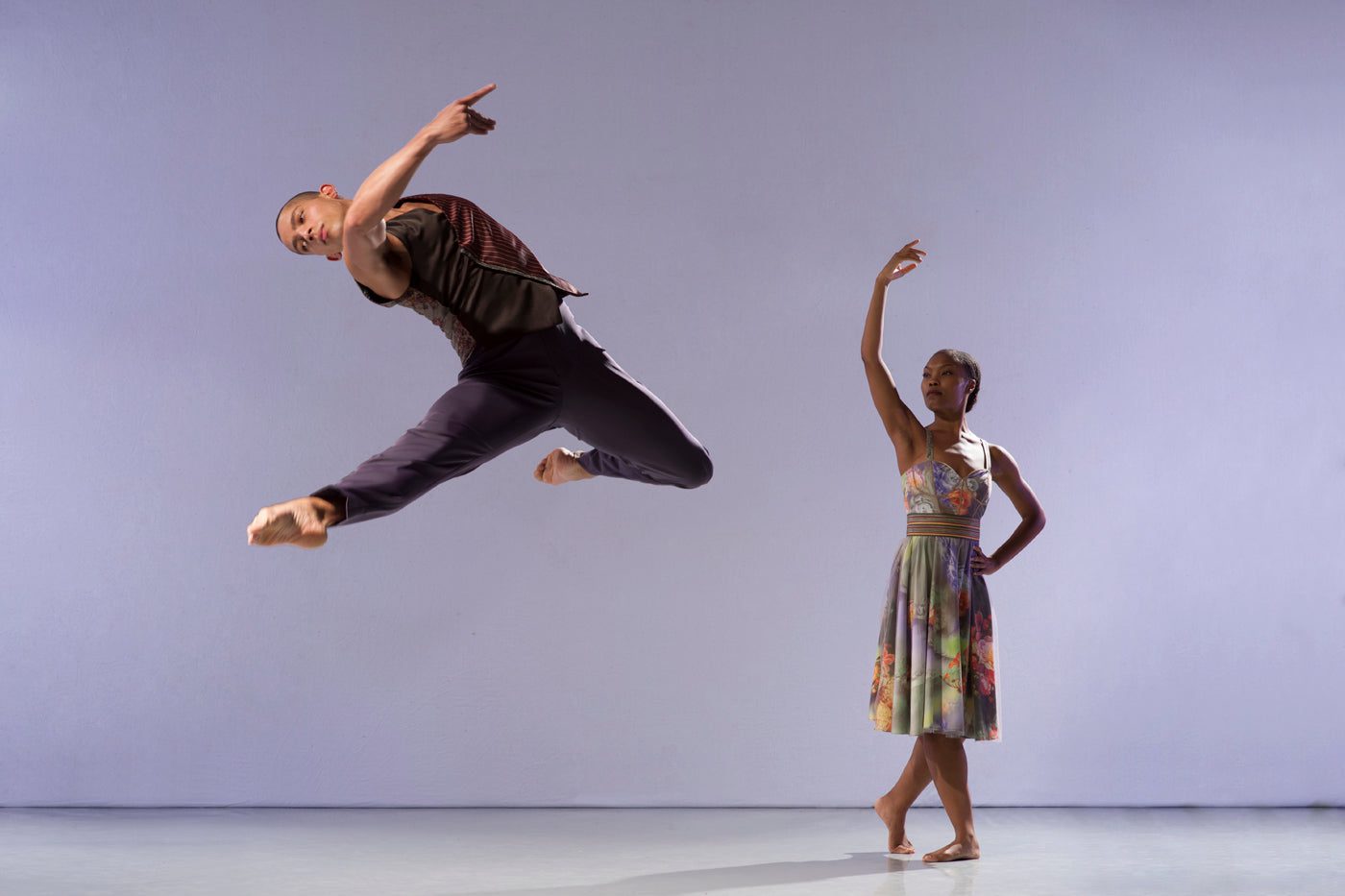 A Glorious Half Century

He’s on impish form tonight, Richard Alston, and so should he be. This tour (possibly one of the company’s last) goes out on a high, as he celebrates fifty years of innovative choreography. “Mid Century Modern” is like a greatest hits compilation, with all of the stunning sculptural work we have come to expect from his repertoire. He twinkles and jokes about “getting it right,” his influences and so forth, and there’s even a moment halfway through the show, when his recorded voice deadpans mischievously, “No, this isn’t . . . an interval . . . Just . . . a bit of a pause.”

But then, he has always been creative in an iconoclastic way. Normal rules do not apply here. The routines performed tonight follow no chronology, sweeping from ’70s to ’90s to new pieces, and the incredible company move at such a speed, it’s extraordinary. The pieces all melt into each other in the first half, and there is barely time to exhale. His signature style of metronomic, boldly mathematical extensions and fierce drops, influenced by greats such as Merce Cunningham, Twyla Tharp and Trisha Brown, rely on precise configurations; twos and threes and twos. I never was any good at maths, but I know what I like!

His structure is constantly interrupting itself, like a computer rebooting, and the through-line in his oeuvre is revealed tonight. We can see the progression in his vocabulary, the thought patterns laid bare before us. That does not make them any less complex, of course, or any easier to second-guess. A clean line disrupted by a clenched fist (“Signal Of A Shake” from 2000) there is restless physicality (Jennifer Hayes’ spinning top in the piece from 1970, “Nowhere Slowly”) or Joshua Harriette’s sensual, sinewy prowl and athletic footwork in blue lace tunic to the beauty of Ravel in 2004’s appropriately named “Shimmer.” It’s the details that count, and the constant flicks, snaps and twists that keep both dancers and audiences on their toes.

So, since unpredictability is a given, the newer pieces couldn’t be more disparate. “Brahms Hungarian,” with its folk leaps and polka light phrases, may seem cute and traditional (Alston, typically, describes it as “gallivanting”!) but is tempered by the imperious, bold stances, and the kicks, stamps and thunderous claps performed by the ensemble. It may seem like a joyful square dance, but it lands like ferocious cossack dancing. Pauses even confuse the audience at one stage.

This sits in sharp contrast to Martin Lawrance, Alston’s associate choreographer and his new piece, “Detour,” which premiered in Edinburgh in September of this year. “Detour” is a frenzy of movement, an almost supernatural piece, as the ensemble seem to fly to the gorgeous pulsing score of Michael Gordon, remixed by the late Johann Johannsson. They lurk in corners like gangs, and seem to move as if sped up, then just as soon, slowed down. It’s jaw-dropping, and lit with skill by Zeynep Kepekli, whose floor lighting stripes create a wobbly 3D effect. Nothing seems real.

But best of all, and one which cannot fail to move, is the exquisite “Proverb” from 2006. To Steve Reich’s gorgeously glacial piece of the same name, there are short jerky steps, in geometric outfits designed by Peter Todd, which complement such angular movements. All is interlinked, all is balance and support; all is weighted. The dancers join limbs and lean on each other. The modern kaleidoscopic shapes created by the ensemble bring a visual poetry. It’s dance for the eyes as well as heart, both cerebral and visceral—and it’s all so beautiful, I start to tear up. “How small a thought it takes to fill a whole life,” is the central line, an apposite quote from Wittgenstein.

It is hard to believe this seemingly ageless and truly inspirational man is seventy now. Long may Richard Alston twinkle.

Previous
Til Death do us Part

Next
Touching From A Distance