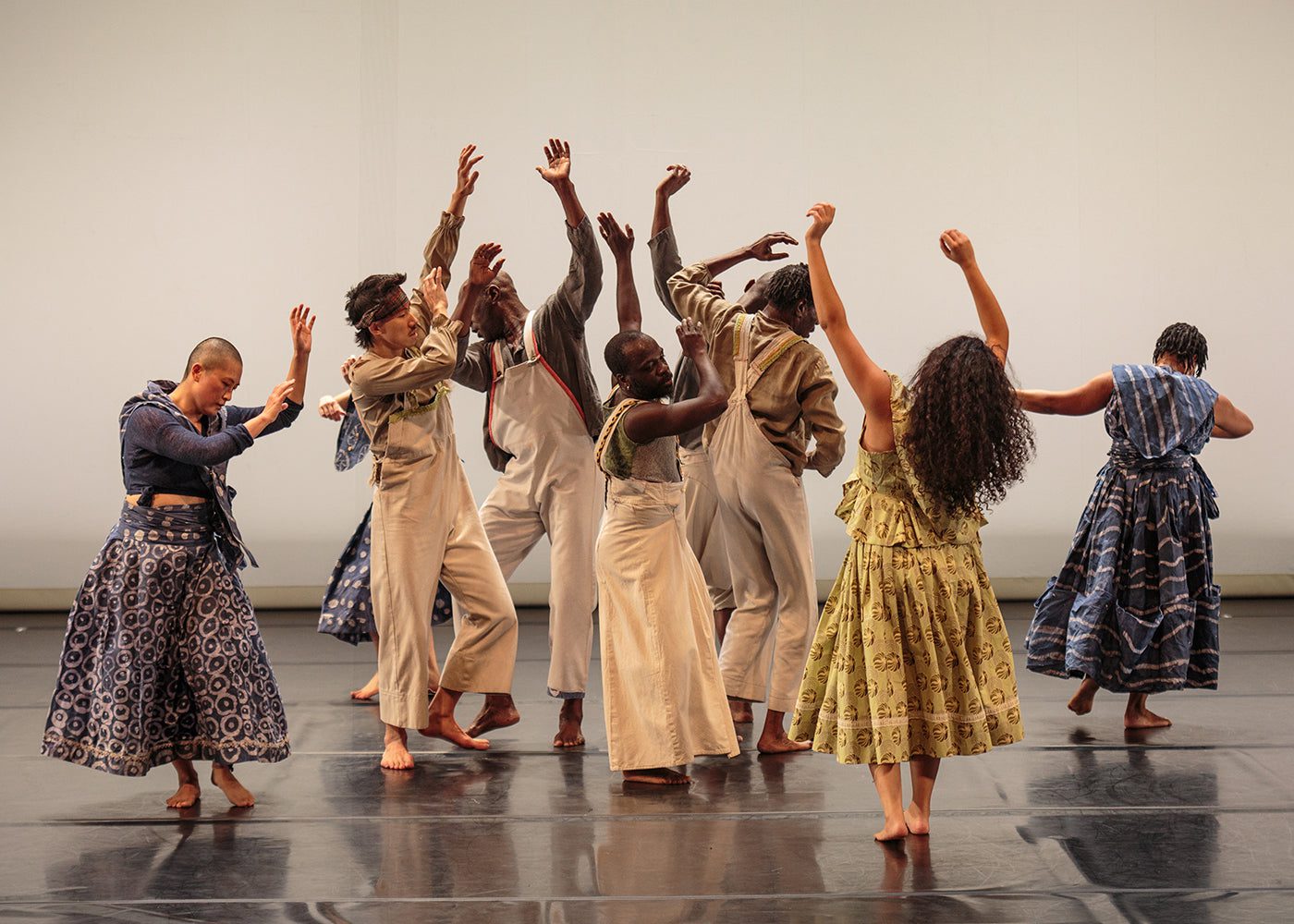 The Good Lord came to Mother Rebecca Cox Jackson in a clap of thunder. It was July of 1830 and she was convinced she was going to die—either from the storm or from her deathly fear of it. As lightning struck, she prayed for redemption. Suddenly, “the cloud burst.” But what Mother Rebecca feared might be her end in fact became her beginning: She acquired what she called her “gifts of power,” and Mother Rebecca became a spiritual leader in the American Shaker religion.

Mother Rebecca’s role in Shaker history is distinctive. First, because the community she founded and led was in Philadelphia, an urban manufacturing center very different from the rural areas in which many Shaker communities thrived. Secondly, while the Shakers were founded by English immigrants and made up of mainly White members, Mother Rebecca was a free Black woman whose Shaker community was made up of mainly other Black women, as well as a few men and Jewish women. This fact, in particular, is what sparked Brooklyn-based choreographer Reggie Wilson’s inspiration for his Fist & Heel Performance Group’s latest evening-length work, “Power,” which had its Brooklyn Academy of Music premiere on January 13th. Besides their furniture, the Shakers are most famous for their pursuit of simple lives and for dancing—or shaking—both of which, they believed, were essential in worshiping the Divine and achieving enlightenment. There is some documentation and reconstruction of Shaker worship services, but none of Mother Rebecca’s. In “Power,” Wilson asks, what might her worship services have looked like?

The result is a fascinating blend of movement vocabularies from Wilson’s vast research in the African diaspora and African American shout traditions, and of course Shaker movement, which Wilson first began exploring for “ . . . they stood shaking while others began to shout,” another piece inspired by Mother Rebecca’s community, which premiered in January of 2019 at St. Mark’s Church-In-the-Bowery (“Power” premiered at Jacob’s Pillow in the summer of 2019).

The piece begins with Wilson, himself, entering the stage humming the famous Shaker hymn “Simple Gifts” (well-known to the dance world, as it became a central theme in Aaron Copland’s “Appalachian Spring” for Martha Graham) as he walks toward a row of costumes laid out on the floor. Wilson picks up a skirt, folds it gently, and carries it across the stage to a bench where he sits for the majority of the show as both leader and congregant, singing, clapping, and stomping in worship. The costumes, by Naoko Nagata and Enver Chakartash, are batik cloth in faded light green and dark blue, designed in Shaker-style with the women in long skirts and the men in overalls. Like most things, Shakers made their own clothes and took great care of them; Wilson, too, takes great care of the costumes in “Power.”

Soon, dancers enter the stage in dark dancewear and proceed to put on the Shaker clothing. Repeating a handful of movements—a kick, a hop on one leg while the other is extended front, a backwards roll on the floor—the dancers establish major motifs that Wilson develops as the piece goes on. As more dancers enter the stage in costume, we see the community form. Dancers smile and nod at each other, indicating communal participation and acknowledgement. We see them open up into larger forms where dancers cross through and dance around each other. Other times, the dancers don’t acknowledge each other, dancing by themselves, perhaps meditatively. Even in these times, however, a sense of community is evident as they move independently, yet together.

Contrasting these reconstructions/interpretations of Mother Rebecca’s Shaker services are postmodern variations of the original phrases. In between dances in costume, the dancers undress onstage, returning into their initial dancewear and moving in slightly more complex configurations. The music for the piece is made up of many different vocal and instrumental recordings featuring a variety of artists including the gospel Staple Singers and experimental vocalist Meredith Monk. Much of the music is percussive, either with clapping (which Wilson and the dancers add to, as well) or percussion instruments. In one climactic moment, the dancers dance to polyrhythmic drumming; all of the sudden it appeared they were no longer doing the movement, but the movement was doing them.

This spiritual impact of dance is, of course, what Wilson is trying to get at, using the context of Mother Rebecca as a starting point. Likewise, this is a, if not the, legacy of the Shakers, who certainly are not the only group to “find the spirit” through dance, but whose particular movement vocabulary remains mysteriously powerful in all of its simplicity. Of all the interesting moves and variations that Wilson includes in “Power,” perhaps the most astonishing of all were those very basic motions that the Shakers are known for: Stepping in rhythm to the music, the dancers, with palms facing up and arms outstretched at a 90-degree angle, lift their heads to the sky. Next, they bow their heads, and with hands relaxed so that fingers face the ground, they begin to shake.

Previous
And Now We Move On

Next
Moving Forward, Toward the Light