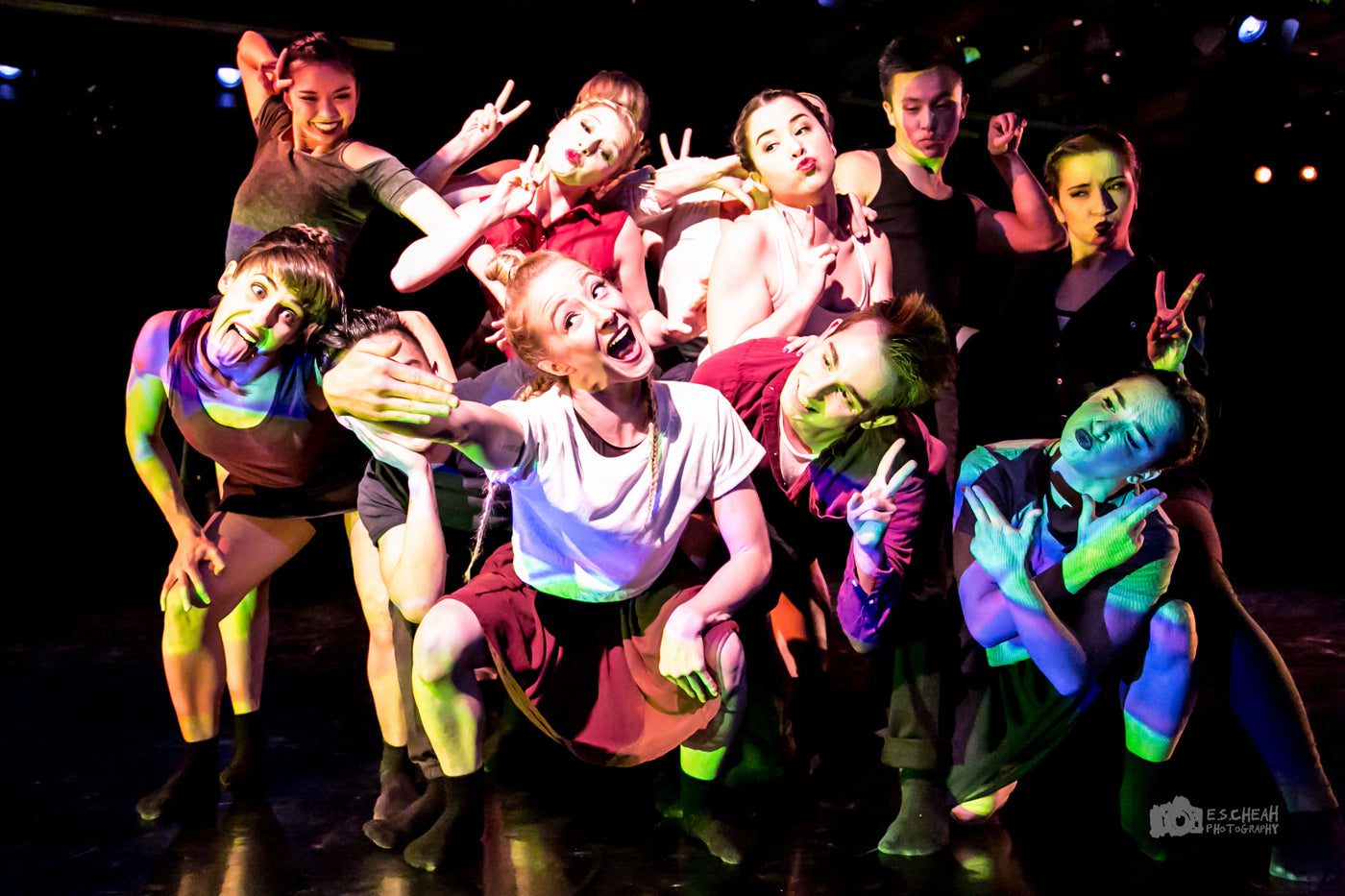 P.O.V. Dance Project debuted “Wireless Connection” at Dancemakers in Toronto last Friday evening. The newly formed company appeared neat, sophisticated and upbeat, with a compelling hybrid style informed by styles ranging from ballet to hiphop. P.O.V. is directed by choreographers Amy Adams and Kylie Thompson, and have a pick-up company of a dozen versatile dancers. They have a light touch, and the dance was fresh, and the attitude contagious.

“Wireless Connection” opens with a dancer crossing the stage, mobile phone to ear—yeah, I can’t talk now, show’s about to start—it’s a short fuse, the stage soon erupts with dancers, and the bright blue light of the ubiquitous device, we are told, is wrecking havoc on our relationships. This isn’t youth being trendily techno-phobic; rather, the underlying sense is of the struggle for control over one’s identity in the digital realm. The self-awareness of the piece and critique of contemporary society are easy to get behind, as is the irresistible indie playlist featuring Alt-J, Muse, Daft Punk, Caribou, Broken Social Scene. The lighting design was both beautiful and illustrative, with strands of screen data projected onto the dancers’ bodies like shot silk.

Some of the blocking came unstuck where a solo dancer or duet took to the floor, deep downstage, invisible to all but the first row. Otherwise, how the space was gobbled up was a source of constant interest, with steep diagonals, driving strophes, winding circular paths to tie it all back up again. The only props used were a table and a few chairs, for “Dinner,” an episode beginning with foreheads pressed to the table, a picture of ennui, disconnection, plain boredom. The key seemed to be exploration, with the dancers navigating every part of the table, making a game of sliding over, rolling underneath, balancing on and jumping from the top, like an artful bit of conversation to break the ice. It escalated into a double duet, a heart-to-heart, filtering out with verisimilitude.

P.O.V. really finds form with ensemble dances, of which there were many. Entitled things like “Small Talk,” “Dive,” and “Reprise,” they were akin to variations on a theme, so losing your place in the program, easy to do, was neither here nor there. Movement motifs refracted through the group in unpredictable patterns, syncopation and synchronisation were both used discreetly to keep the energy high—it was, at times, exhausting even to watch. Breath was very much a part, engaging with Grahamesque contractions and swivelling torsos, and reactionary, deeply-arched backbends. They were rarely found clumped together—the selfie-pyramid in the photograph an exception proving the rule—accentuating relationships via spaces in between, and connection with the meme-like transfer of movement.

Dancing together, they were irrepressible, and still there were a few exceptional performers. Chantelle Mostacho, a mesmeric mover, made every twist and contortion look personal. Darian Mark showed off some classic breakdancing, but the clincher was vaulting into a suspended leap, effortlessly. The ‘guy on the phone’ is reprised in a cute, punchy finale—yeah, show’s over—the crowd didn’t miss a beat, bursting into excited applause.

Next
The Process of Recovery