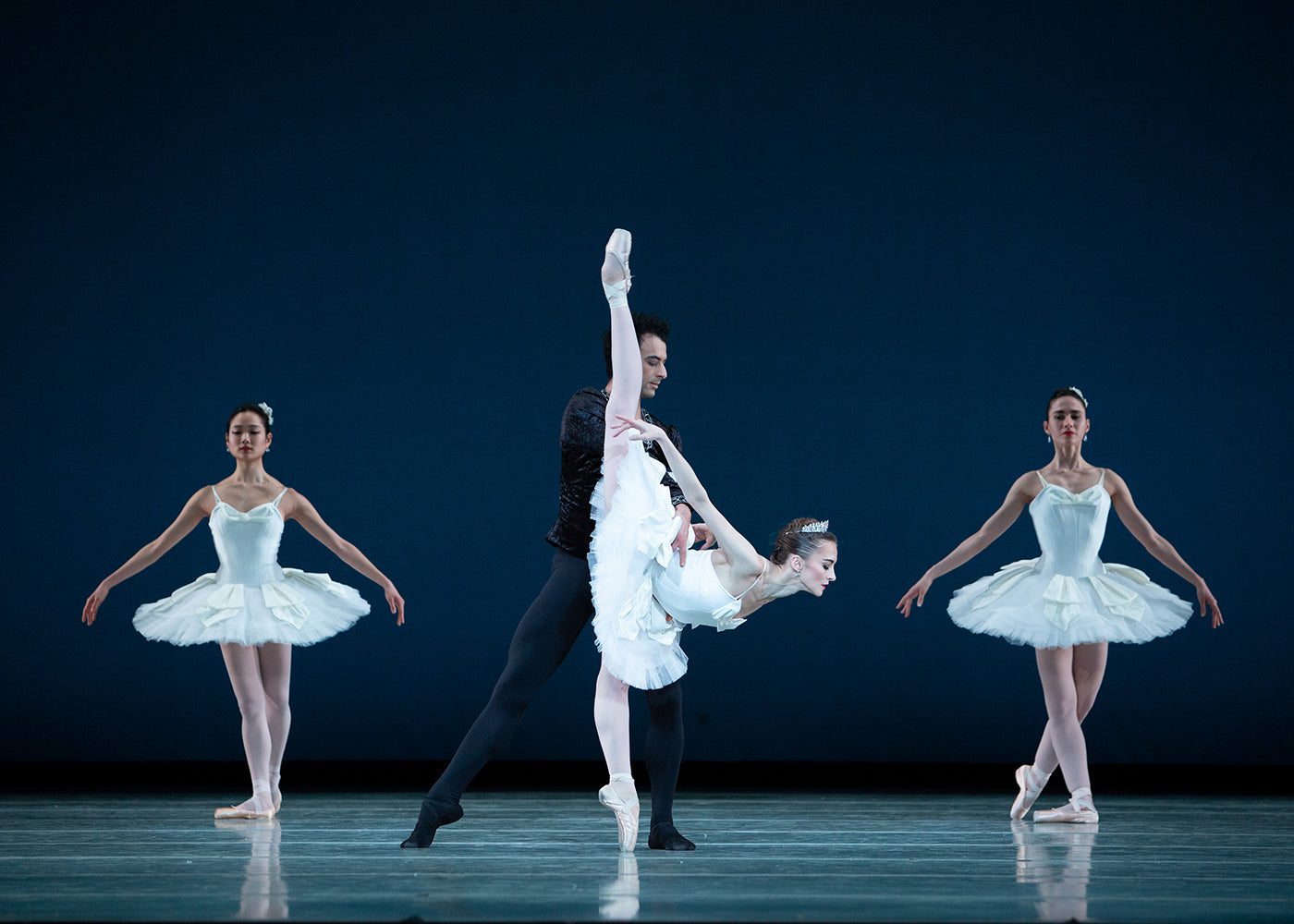 A Touchstone of Sanity

Although seemingly an evening of classical ballet, Philadelphia Ballet’s mid-March run at Philadelphia’s Academy of Music, “Bold, Brilliant, Balanchine” was a program where history, politics, race, gender issues and global affairs coalesced merely by virtue of the loaded times we live in. Artistic Director Ángel Corella conceived the program which opened with Georges Bizet’s “Symphony in C” some time ago, yet his choices deeply relate to current events. Among the threads to follow are how the concert’s three ballets depend on the creative talents of women (it was Women’s History Month after all) and Russia’s invasion of Ukraine.

Russian-born Balanchine worked with many other émigrés from the USSR. One was Barbara Karinska, born in 1886 in the now nearly annihilated Ukrainian city of Kharkiv—a city which valued her talents and fame enough to name a street in her honor in 2015.

For the American premiere of his choreography to Balanchine asked her to design a tutu that would not bob and dip as the dancers skim against each other. Thus, she created her multi-layered froth of diminishing lengths of stiff netting that support the overskirt which she called the “powder puff.” Now called the Balanchine-Karinska, or the American tutu, it has become standard in ballet companies worldwide. It launched Karinska’s innovative costume design business, a huge success in New York and Hollywood. In all, Karinska would design costumes for 75 Balanchine ballets. With the women all in white and the men in black, “Symphony” is the first of what are known as Balanchine’s “black and white” ballets.

Corella knows these works well and counts staging as one of his fortes. Yet, when the Paris Opera Ballet gave his company the costumes and the rights to the work, he also turned to a woman for the look he wanted—Colleen Neary, a former New York City Ballet and artistic director of Los Angeles Ballet. Even on the Academy’s ample stage, “Symphony” could have looked crowded with much of the ballet’s roster of 40 frequently dancing. Neary met the challenge, maintaining the clarity and spaciousness of all the variations and assuring there were no collisions.

Corella brought in two extras for some sections of this robust 30-minute work, Annie Wilson and Grace Curry. “We anticipated that this program was going to be very demanding for the ladies and we would need reinforcement,” he said in a hallway intermission moment. It was also good to see New Jersey-born African American ballerina Ashley Lewis who joined Philadelphia Ballet II for the 2021/2022 season. Since Heidi Cruz, I don’t think I’ve seen a Black ballerina in the company. Each piece included  an overwhelming presence of women of varying ethnicities—Asian, Cuban, Brazilian, Spanish, and yes, Ukrainian—so the company has a more global look than ever.

Beatrice Jona Affron conducted with bravura, especially in the exquisite oboe solo in the second movement, Adagio. Ukrainian-born Oksana Maslova and Cuban-born Arian Molina Soca seemed made for this duet, each coming from countries damned by Russian domination.

Whatever was on Balanchine’s mind when he created this ballet, we can hardly help but see it through the distorted lens of the current worldwide media. Soca partners Maslova protectively. She, a delicate, yet unfrangible woman, dances, in the knowledge that her homeland is under brutal onslaught. We watch Maslova’s trepidatious pointe work and wonder what each toe might trigger once it touches ground? She swoons acquiescently in tombé into Soca’s waiting arms, saved each time. He leads her through the corps, a ghostly crowd unsure where to escape? With each flying lift is he helping her over some dangerous rubble?

Hands palm to palm, fingers locked, she descends into an arabesque penchée in full perpendicular extension, opposing destruction with exquisite beauty. Dancing a piquant solo, she genuflects as Soca returns to her, her chin lifted defiantly.

Other dancers enhance the drama: Sydney Dolan and Jack Thomas, in the first movement, Mayara Pineiro and Ashton Roxander in the third movement meet each other to the beat of the music. In the fourth, the soon-to-retire Jermel Johnson supports Yuka Iseda in her pirouette variations. The corps forms an enormous horse shoe shape around the four main ballerinas as they tour in unison, one of the many pristine symmetrical patterns that define Balanchine’s choreography.

In Mozart’s “Divertimento No. 15” the verdigris and cream costumes by former soloist Gretchen Ward Warren (when it was the Pennsylvania Ballet) brought out Mozart’s playfulness. Couples  skip along to it. But what held my attention was first soloist Nayara Lopes’ elastic spring. In her Sixth Variation solo and in the Andante, her knees soften in their bends and then straighten like daggers to pierce the floor with her pointe work.

Balanchine once wrote that “Stars and Stripes” was “conceived as a musical joke.” To me, it’s a garish representation of kitschy American patriotism that’s been used after such events like the end of the Iran hostage crisis. Karinska’s adorable costumes take on more of a French than an American twist with their feathered shakos. Though the boys looked smart in them. Hershy Kay arranged the score after music by John Philip Sousa; its five sections each called a “campaign.”

The Fourth Campaign with Dayesi Torriente as Liberty Bell and Sterling Baca as El Capitan had them flirting and impressing each other with impossibly held balances, hand-held tours with folded or extended legs and lifts with multiple entrechats. Torriente taps Baca on the shoulder, travels backwards in a pas de bourrée couru only for him to catch her up and transport her through the wings. Baca dazzles with grand battement jetes from multiple positions, jumps with diamond-shaped legs and his splits en l’air rebounded with ballon to the moon, all the while saluting and remaining in military form. These are the real fireworks of the evening which set he audience off to clapping rhythmically and, to my surprise, so am I. How easy it is to get caught up in patriotic hoo-ha.

If ever the world returns to peace, it won’t be by military might alone. We will always need our artists to lead us back to a life of any semblance of normality and hope for the future.

Next
Dancing in Time