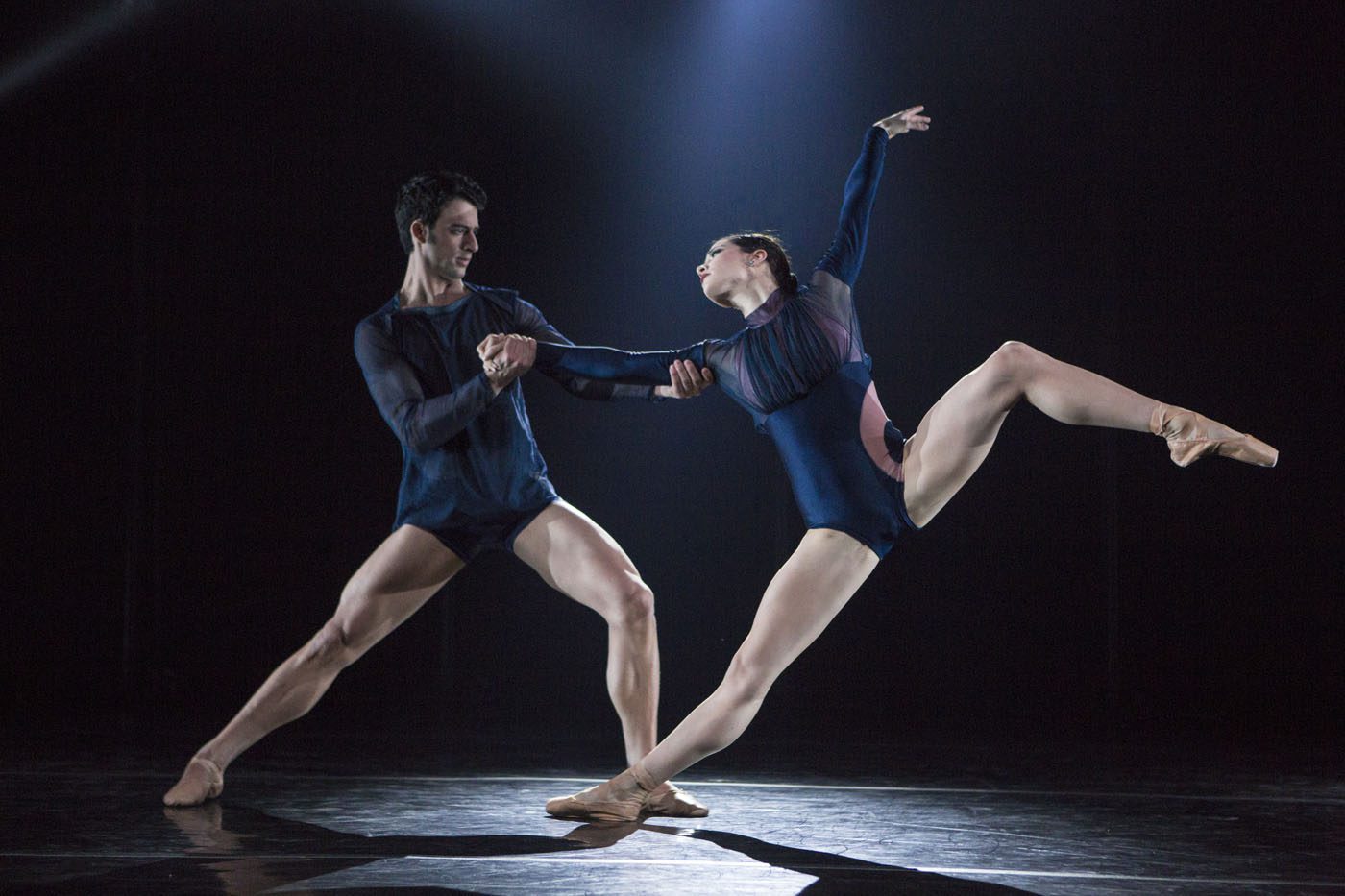 Pennsylvania Ballet at the Joyce Theater

Seeing dance in New York City is always an exciting grab-bag of movement invention and ideas. But, the companies and performers in New York can be increasingly, well, New York. Much of the work presented at our many institutions (and there are many), outside of NYC-based artists that is, are of an international set. In this city, it often seems easier to catch the latest import from Belarus or Budapest than from Boise. That is why the recent trio of works by the Pennsylvania Ballet at the Joyce Theater was a singular treat; an American company in NYC that was not an NYC company speaking for America.

The first work, by Pennsylvania Ballet’s resident choreographer Matthew Neenan, was an exciting and ever-evolving study on duets, more specifically how a relationship of the individual can be defined in its interaction with another. “Keep,” with a kinetically alive string quartet by Alexander Borodin and Nikolai Rimsky-Korsakov, opened with a romantic synergy between principals Amy Aldridge and Francis Veyette. Clad in deep blood red flowing costumes (designed by Martha Chamberlain), their duet personified a bond that was able to be both delicate and tumultuous, a clear sensuality that allowed their assisted promenades and entwined limbs seem incredibly ebullient. Neenan cast a contrast with Lauren Fadeley and Ian Hussey, a second pas de deux that both complemented and counteracted the valorous nature of the initial duet. Fadeley and Hussey were staccato where Aldridge and Veyette commanded legato; there was an exciting bite to their movement I can only describe as plucky. More pairs are introduced as the work progressed, namely a strong duet between Lillian DiPiazza and Arian Molina Soca. DiPiazza, clad in a marigold yellow gown, adds a layer of intrigue to a work otherwise dominated by a steady stream of shifting couples. Much of her dancing has to do with a less fantastic, more humane persona; a flick of the wrist or raising arms overhead. These are the moments that are of the most impact in Neenan’s work, as his simplicity and economy of movement carries clear gusto. The women hooked a leg simply over a kneeling man’s neck, or she was guided to an assisted sideways jump by just the wrist, and that pointed to a sense of freedom in these seemingly straightforward motifs.

Trey McIntyre offered another focused study on duet form with “The Accidental.” With nude bodysuits splashed with hues of deep green, plum and sapphire, there was an added intensity and grounded nature at play. With the wail of indie rock by Patrick Watson, the work treads a delicate line between the ethereal and the overwrought. At times, with the driving music and constantly shifting movement, the choreography left a lot of space for spontaneity to emerge but this also meant moments where the dance overpowered the music, and vice versa. McIntyre smartly uses his movement to create a maelstrom of whirring runs, slinking steps and a playfulness that erupted throughout. Through the mix of duets—by the compact and fiery Evelyn Kocak and Craig Wasserman to the ultra sinuous Oksana Maslova and James Ihde to the subtle calm of Alexandra Hughes and Ian Hussey—a solo punctuated by Wasserman proved to be the most potent grasp of music and movement. Wasserman, able to be both explosive and compellingly contained, acted as our guide through the varied worlds McIntyre presented. It was not a completely cohesive world—what did it add up to exactly?—but Wasserman’s generous performance showed the potential extent this dance could reach.

Nicolo Fonte’s “Grace Action” ended the program on an illustrious note. This sleek, cinematic work emphasized the depth of the Joyce’s stage and enacted steady streams of light, designed by Brad Fields, in a way that modeled a high fashion photo shoot. This exciting use of space, light, and chic navy bodysuits by Martha Chamberlain, added up to a work that seethed with energy and empowerment. There was a sharpness and grit to the movement that was decidedly lacking in the previous works on the bill. The gently propulsive score by Philip Glass elevated the dreaminess; each movement—a shift of the arm or a split jump across the space—suddenly felt momentous. These are bodies that carry mass proudly and they were not afraid to show it, a notion that is (it should be noted) refreshing to see in a ballet context. Fonte is not afraid to play some tricks on the audience, too. With much of the movement, the dancers engage in its momentum so fully that, just as you think something is going to occur, it goes elsewhere or cuts the moment short to begin again. These constantly stirring bodies generates a force that is palpable; I am suddenly more aware of the three-dimensionality of what is in front of me. It reminds me ballet can contain grit, as much as grandeur, and there is no reason it cannot be both at once.