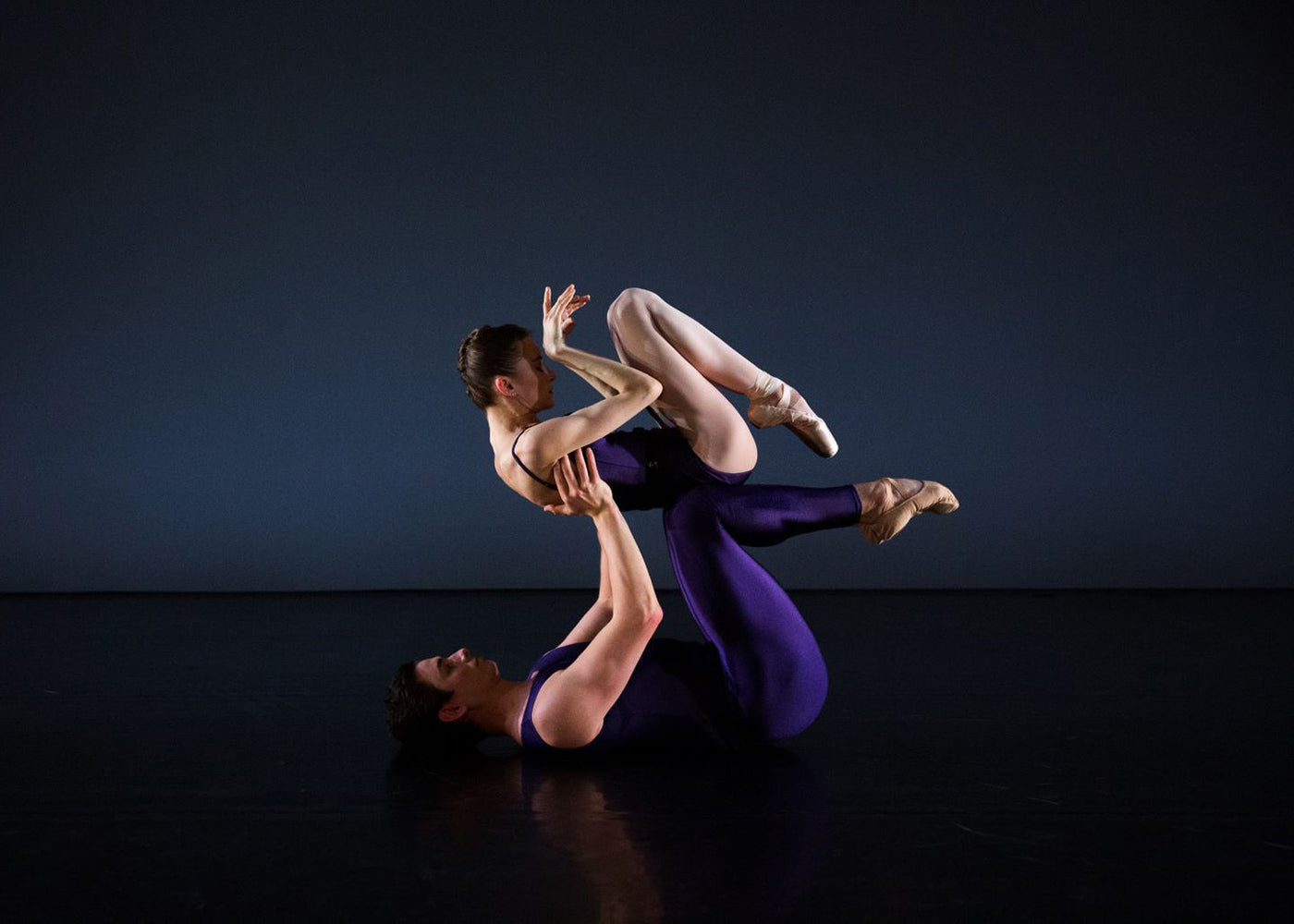 Pennsylvania Ballet’s recent virtual production, “Resilience,” presented a skillfully curated collection of ballets, beautifully reimagined for film. Contemporary works by Dwight Rhoden and Christopher Wheeldon balanced the classical nature of George Balanchine’s “Allegro Brillante” (1956) and Angel Corella’s rendition of Marius Petipa’s “Raymonda Suite,” both of which were brilliantly executed. Yet it was Rhoden’s “And So It Is…” and Wheeldon’s “Polyphonia” that made “Resilience” exactly that—resilient.

Dwight Rhoden’s “And So It Is…” begins out of darkness. In the glow of a downward light, a soloist (Jermel Johnson) moves with sinuous grace; his deep purple leotard echoes the darkness surrounding him. Musically, we are enveloped in quintessential Steve Reich, full of undulating repetitions that ripple through the dancer’s limbs and spine with full-bodied articulation.

About a minute in, the dancer punctuates a few choice chords with a sudden push through outreached flexed palms and a quickened pivot to an opening of the chest. The integration of an intentional flexed heel and rolling of the head gives this solo contemporary flair in juxtaposition to its traditional moments of lingering arabesques and sharp balletic footwork.

As the work progresses, we see the soloist expand within his domain, sliding perilously into the fading edges of darkness around him, as if testing his limits. A muscular thrust of clasped hands from the chest dissolves quickly into a supple lean reminiscent of a willow tree. As rapid and ever-changing as Reich’s music, Rhoden’s choreography shifts between strength and demureness with delightfully abrupt rapidity. As if collecting himself, Johnson progresses through a series of motions that alternate between expanding and regathering his limbs before returning to the familiar opening phrase work that sends him melting to the floor.

In the work’s final moment, we are suddenly caught off-guard by the poignant interruption of a languid unfurling of the spine into the dancer’s final stance. With one finger held out strongly, the soloist looks us directly in the eye with such stoic poise that the entire six minutes prior strike the viewer as a blurred memory.

The work begins with four couples performing in unison across a straight line with mechanical efficiency and emotional detachment, a calculated opening in direct contrast to the duet that follows. Moving with tender familiarity and emotive nuance, the work’s first duet (performed by Sterling Baca and Oksana Maslova) keeps the two ever-connected while exhibiting the ebb and flow of its melodic piano counterpart. Here we see a range of creative partnering, from assisted laborious ‘walks’ to counterbalances through flexed palms, ending with the striking visual of Maslova’s legs rising above Baca’s head as they depart the space as one entity.

We return to a more traditional approach with the second duet (Aleksey Babayev and Alexandra Heier), a waltz with moments of separation and reunion, annunciated by dramatic dips. As they depart, the other three couples waltz in briefly, then transition seamlessly into a delightfully complex and contemporary trio of women, masterfully tapping into the composer’s challenging polyphonic layering of competing melodic lines. Where this trio features intricacy, the male duet that follows emphasizes use of space, with moments of close proximity interrupted by sweeping leaps across the stage.

Wheeldon’s third duet (Russell Ducker and So Jung Shin) is an adagio of ever-pivoting grace, as if balanced on a coin. The score is now rich with longing and resonance paired perfectly with the lusciously melting duet onstage. Effortlessly entwined, Shin is reliant on Ducker to traverse the floor until ultimately left behind. She sweeps the stage with buttery bourrées and peaceful composure—an elegant moment of pause in an often-turbulent work.

Duet number four is dynamically performed by Nayara Lopez and Jack Thomas, whose energies and emotive spirits bring a level of joyous whit to the work. With exacting speed and crisscrossing paths, this duet feels as though it ends far too soon. Throughout “Polyphonia,” there is a duality of depth and playfulness; moments of assisted loft visualize the underlying resonance in an otherwise tumultuous melody, as if watching Ligeti’s notes themselves. Use of front lighting makes for a brilliant end to this ballet—as if quadrupling the cast through shadow-play.

Pennsylvania Ballet’s final spring 2021 production, “Beauty,” runs May 27-June 2, and if “Resilience” is any indication, “Beauty” promises to close the company’s season triumphantly.

Next
A Creepy Coppélia