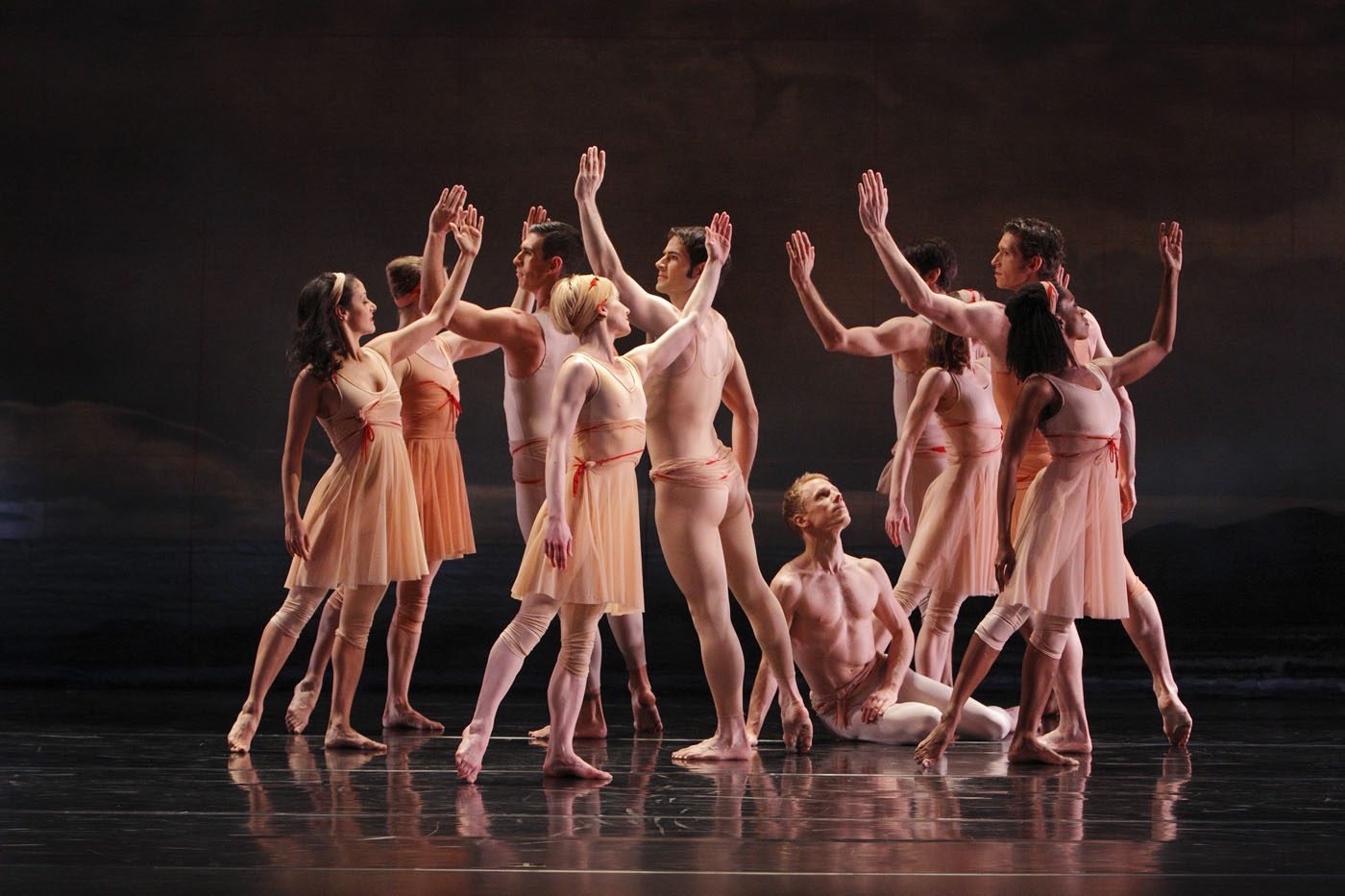 In a March 2015 interview with the New York Times, Paul Taylor spoke with dance critic Gia Kourlas on the inaugural season of his newly-established Paul Taylor’s American Modern Dance. “I’m not going to disband,” Taylor makes a point to say. “I’ll have to die before I leave.” The company, formally announced the year prior, was to be a solution for the continuation and preservation of Taylor works, as well as new and restaged works by choreographers deemed American masters. In the interview, one that emphasized his frankness, Taylor makes clear this was not a means to stage a gracious exit. He will continue to make dances as long as he continues.

American modern dance companies seem to have entered a phase of obsessively envisioning its end. With so many plans for establishing legacy amongst many of today’s leading dance makers—from Stephen Petronio’s “Bloodlines” project to the Trisha Brown Dance Company’s final touring plans to the current proliferation of the Cunningham Trust’s educational endeavors—there is certainly something to be considered now, as ever, on how to ensure a lasting impact for the most ephemeral of art forms. Who should determine the afterlife of a dance? And, how?

In Taylor’s instance, the vibrancy and legibility of the company has much to do with the fact that its creator is still alive and churning out his impressive array of dances, a pace he has kept up for over six decades. A recent performance of the company’s annual season at the David H. Koch Theater saw Taylor works that cover nearly thirty years of his multifaceted choreography: “Spindrift” (1993), “Images” (1977), and “Promethean Fire” (2002). Even so, it was curious to see the names of other important American choreographers—Martha Graham, Donald McKayle, Larry Keigwin, and Doug Elkins—alongside Taylor in the program for his own home season. It begged questions that point toward the future and longevity of the work, but also how Taylor’s work can be seen as contrast or complement to the other choreographers on the bill.

“Spindrift” is a work that blends a considerably meditative approach with gently sculpted movements against a backdrop reminiscent of the American southwest. The work centers on a leading male, danced by the engrossing Michael Trusnovec, and his interactions with a tightknit community and its one elusive female sprite, Laura Halzack. What begins as a distinct adagio, a study in groupmind or pack mentality, unravels to find Trusnovec increasingly at odds with pairings of solos, duets, and quartets. It is noted in the program, more a prologue than a contextual note, a quote by the English poet John Donne: “No man is an island, entire of itself; every man is a piece of the continent, a part of the main.” A particularly notable moment saw him head to head with Robert Kleinendorst, with bounding jumps side to side and and a kneeling squat that releases to the ground like a dense parachute. There are remnants of a signature Taylor recipe—complex musicality, lively jumping, quick spins on the knee caps, and a narrative that is abstract enough to be legible, but not literal enough to become didactic—that it never feels too willing to go beyond the confines of the work. The piece ends as gently as it begins; Trusnovec does not get the girl, but the world feels a bit more familiar, a little more lived in, even though it seemed to merely drift by.

“Images” takes the expansive landscape created by “Spindrift” and carves it into an ornate, statuesque display of the human form in its eccentricities. Of course, it tends not to be sensible to compare Taylor works or think of them as a continuous conversation. The choreographer has always been adept at speaking many languages, declaring his work the fruits of many, ever-changing, unpredictable labors. With fantastically rich costumes by Gene Moore, “Images” is an expansive study of a 2D body or the possibility of one. The women wear wide necked black velvet leotards, both legs and breasts exposed, with the occasional addition of a long, fluttery skirt in different hues of burnt reds, blues and oranges. The men, similarly unclad, only wear black briefs with a subtle gold lining. What unfolds is an energetic musing of tableaus and 2D experiments; the dancers often appear as hieroglyphic characters, with angular elbows and wrists, flexed foot hops and even-footed cool groove that remained understated throughout. The constant shifting of varied tableaus, pairings and un-pairings, skirts flowing and bare legs exposed, all added up to a slightly non-sequitur approach to this constantly unfolding set of images. When Eran Bugge and Kleinendorst concluded the work in a simple seated pose—a couple in a tender embrace—there was a slightly unfinished quality to it all. The accumulation of tableaus, scenes and (missed) connections seemed unconcerned with adding up to much more than the simple sum of its parts.

“Promethean Fire” has long been rumored to be Taylor’s reaction to the aftermath of 9/11 and, even if it is not a direct response, it is a work that carries with it an intense study on human perseverance and the beauty in urgency. The booming score by Bach and black bodysuits by longtime collaborator Santo Loquasto shed light on an internal world, one that is somber, visceral and at odds with the injustices of the world. There was a sharpness and bite that entered the movement that was not present in the previous two works; jumps that had more rebound and greater attention to a natural abandon. The work was punctuated by a continuous collapse of bodies strewn across the stage, an eerie sight even if notions of terrorism and mass violence were not looming over the dance already. A moment that effectively loosened the heaviness at play was a duet with Trusnovec and Parisa Khobdeh. Two of the most seasoned Taylor dancers, their series of assisted promenades and entwining limbs embraced both the light and dark moments of this scene. Able to be both breezy and grounded, easeful and striking, the duet skimmed over the otherwise unrelenting music in ways that fully inhabited each edge of the movement.

At the end of the program, the performers took their curtain call. Mr. Taylor did not appear.

Previous
Cogs In The Machine