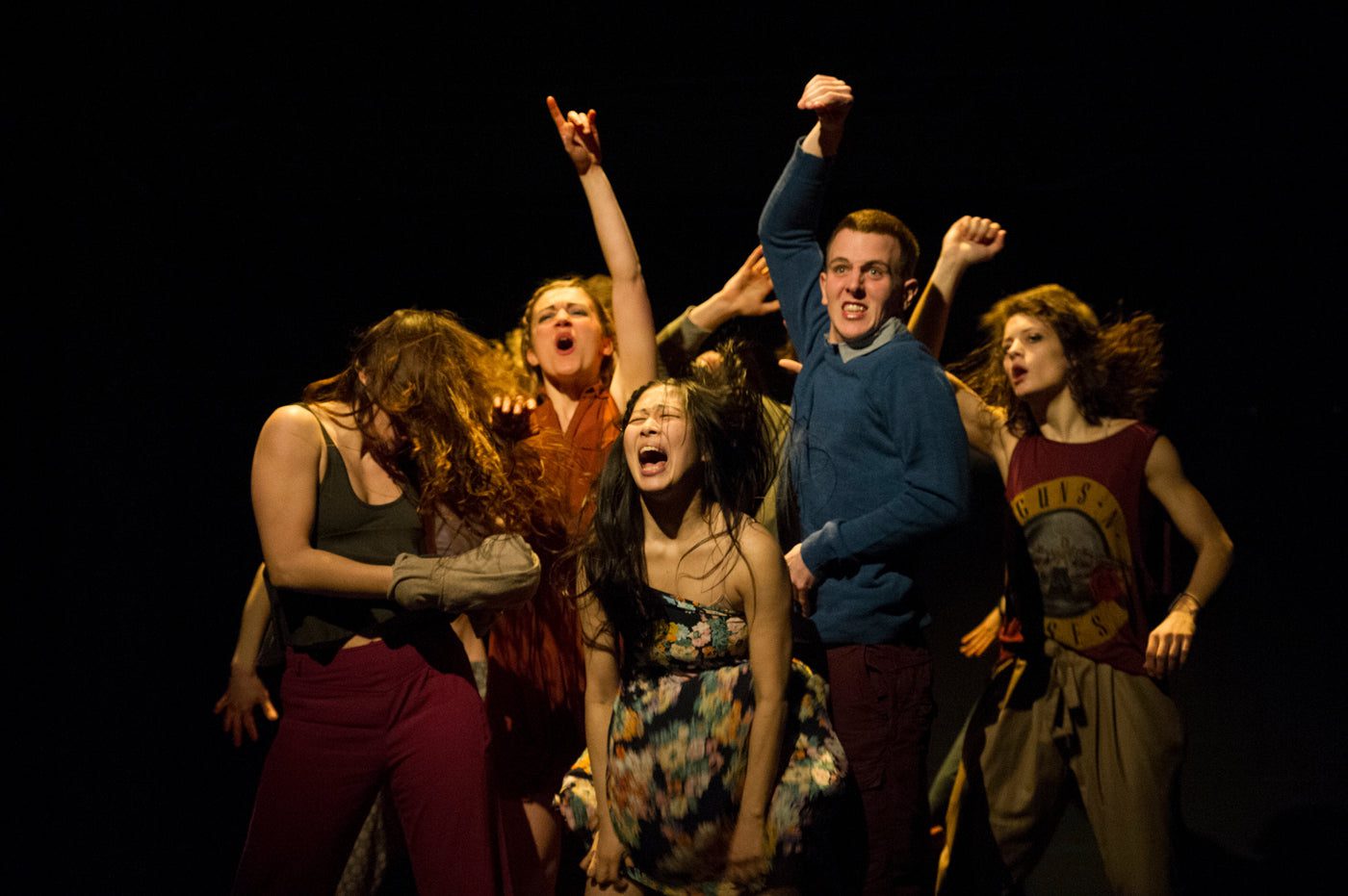 Last month Hofesh Shechter, Akram Khan and Lloyd Newson—three giants of the UK’s contemporary dance scene—issued a damning edict on the quality of British contemporary training, claiming they regularly struggle to recruit home-grown talent “of sufficient calibre.” Their criticism raises some interesting questions about how we measure quality in the contemporary sphere, where technique is not codified as definitively as it is in ballet, and valuable performance skills can range from improvisation to gymnastics to vocals. What makes a good contemporary dancer? Is it strength? Precision? Versatility? Emotion? Intent?

Such thoughts were on my brain when I attended a recent bill by JV2, a UK-based student troupe run in conjunction with Jasmin Vardimon Company’s postgrad programme. So often we rush to size up companies by their technical virtuosity, and certainly I left this performance with a high opinion of JV2 based on the proficiency its 14 dancers showed between them. But I was more impressed by the vitality they emitted as they worked their way through three pieces by JVC collaborators. They coursed with energy, and their vigour was infectious, instantly drawing me into their fold so that their exhilaration was my exhilaration, their nerves my nerves. Whatever your priorities when assessing calibre in contemporary dance, this kind of verve—the kind that that imbues dancers with a sense of self-awareness and elevates their performance beyond a series of well-executed steps—remains inextricable from the discourse.

One of the aims of JV2, Vardimon told me in an interview last autumn, is to help students “develop and explore the dialogue between dance and theatre.” This dialogue is at the heart of the bill, which mingles elements of both disciplines across its three pieces, each forming a stylistic parquet of narrative, spoken word and terpsichore. I was charmed by the traces of humour sprinkled across them, no doubt a nod to Vardimon herself, who’s well known for using levity to tackle tough themes. A vignette in Mafalda Deville’s “Silence” depicting a throng of teenagers moshing at a rock concert drew cackles from the audience when it concluded with one shrieking and sobbing like a One Direction fangirl. “I want you so bad! That was for me, right? Right!?”

A few more similarly kooky sketches round out “Silence,” which traces an emotionally intelligent picture of a fractured relationship, its tone darkening as the work progresses. The dancers’ commitment to the violent, slam-bang choreography is arresting: the final segment sees them repeatedly throwing themselves on their knees, not one letting up on the exhausting phrase. Marilena Dara’s “I was, Minus All” also features repetition, this time a combination of swinging arms and curving torsos the cast revisits many times throughout the piece. The motion is physically taxing but produces a meditative effect when performed in unison, relieving the dancers, however momentarily, of the isolated phrasing they’re otherwise assigned.

Of the three works, Athanasia Kanellopoulou’s “Unregistered Traces” demands the most mature stature from the young dancers, which they happily oblige. Here a marooned, dust-covered group navigates a tumultuous territory against a soundtrack crackling with rain and sparks of electricity. Their choreographic unison isn’t particularly tight, but their interpersonal cohesion is excellent: the dancers move like a pack on the hunt, treating their interactions with a great deal of intimacy as they search for calm amid a series of turbulent landscapes. After flurry upon flurry of chaotic leaps and bounds finally comes a grasp at stillness, and it’s here the piece concludes, the dancers timidly approaching a light off-stage, their eyes wide and hearts open. It’s one of the evening’s best bits of imagery and deftly demonstrates a grasp on several discernible elements of the JV2 curriculum, including rhythmic breathing, spatial awareness and audience engagement. Spirited this group is; undisciplined it is not.