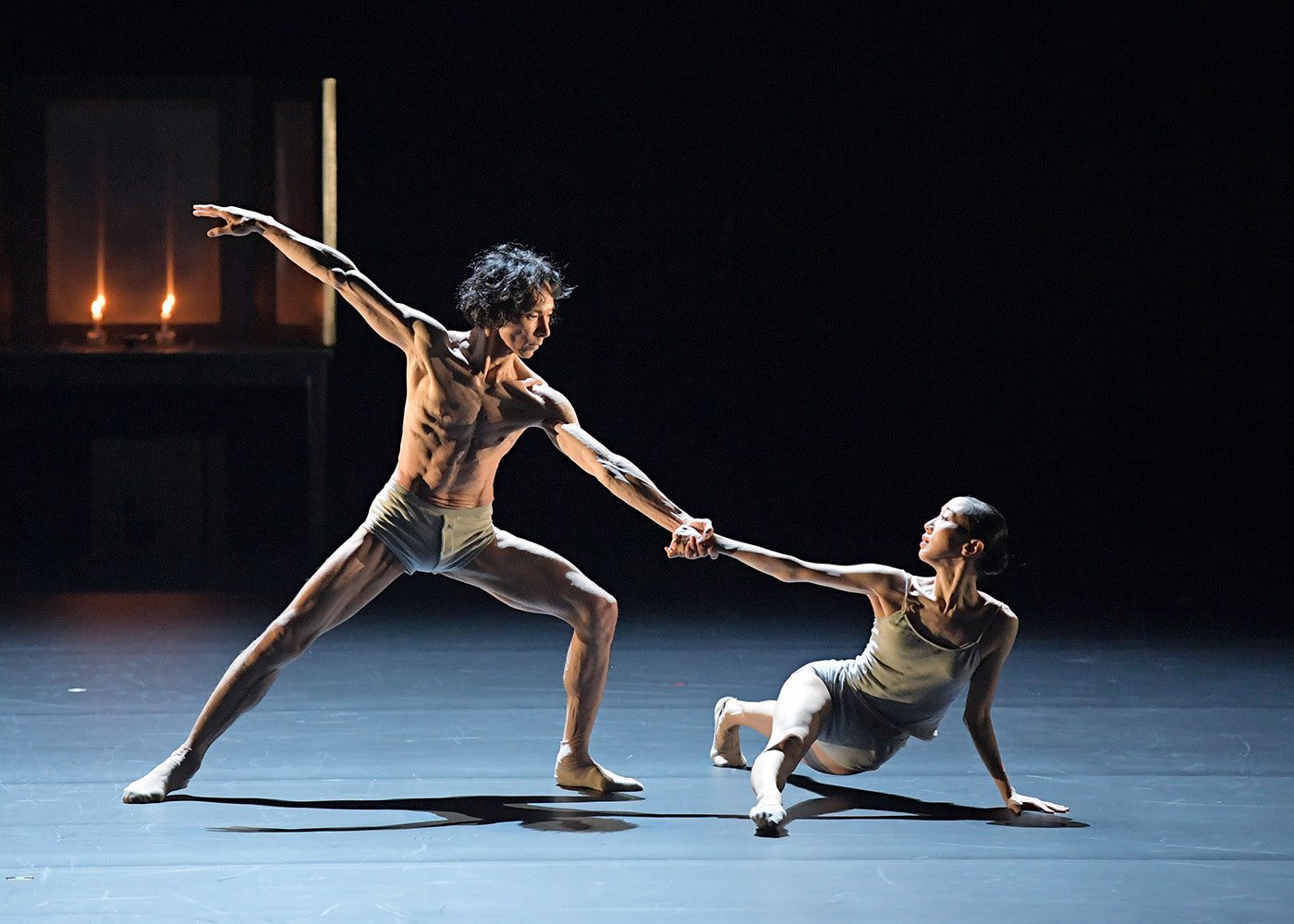 Shakespeare wasn’t a man unfamiliar with pandemics. He lived through the plague and his hometown of Stratford-upon-Avon was decimated by it, leaving thousands dead. It’s timely, then, that Megumi Nakamura and Yasuyuki Shuto’s beautifully produced and choreographed “Shakespeare The Sonnets” hit the New National Theatre Tokyo stage for two performances in late November 2020.

Inspired by Shakespeare’s poetry including Poet, Dark Lady and Fair Youth, it’s revival seemed to mean much more to the audience members who were masked up and in pursuit of some much-needed artistic solace. Nakamura, who worked with legendary choreographer Jiří Kylián during her decade-long tenure at Nederlands Dans Theater (NDT), has managed to pull off, with this production, a real and genuine artistic triumph. Based on the notion of light and darkness, the production progresses into a play on antithesis. Love and hate, freedom and slavery, violence and tenderness and life and death. It’s a deeply profound performance which richly deserved its 10 minute applause at the final curtain.

“Shakespeare The Sonnets,” which was first performed in 2011 with successive revivals in Hyogo, Fukuoka, Oita, Niigata and Tokyo, mainly deals with love and emotion. The fleeting glimpses of happiness and joy followed by darkness, emotional brutality and its ultimate dissolution. Shakespeare’s sonnets, which are intermittently spoken in this production, are so admired because, ostensibly, they speak to everyone and mirror our experiences and those of our ancestors and descendants. They are universal in their influence and touch us, ignite us and resonate with us as humans. The performances of Yasuyuki Shuto and Yui Yonezawa are magical, somber and with graceful symbiosis and fluidity. In an age where touch and close contact is basically forbidden due to the current pandemic, it’s a beautiful sight to see two dancers being so tactile, moving over each other’s bodies with great harmony and intimacy. Shuto and Yonezawa are convincing in their portrayal of lovers, assisted by powerful music by Dirk P. Haubrich and lighting by Hisashi Adachi.

A simple mise-en-scene (designed by Nakamura and Shuto) consisting of a desk with some books, and a candle lit room at the rear of the stage, is reflective of the initial simplicity involved in love. The opening scenes of joy and happiness where Shuto and Yonezawa intertwine and entangle with mirrored movements, representing symbiosis and connection, are acute. When Shuto drags Yonezawa who is sat on a chair and then positions her as he likes, taking off her top and shoes limns a world in which we mould our partners into shapes and constructs we know, prefer and desire. These scenes are, predictably, followed by a series of staccato movements, again constituting the slowing and inevitable decline of a relationship or desire.

Some clever lighting design throws up a chess board onto the stage and the duo step back and forth, resembling pawns or kings and queens and it’s heartbreaking to acknowledge that the steps, courtship and maneuvers will ultimately be worthless. The subsequent actions indicating loss, disentanglement and resignation only reinforce this sense of pointlessness and despondency. The overlying theme of shadow and light is portrayed delicately throughout the production and there is also a subtle leitmotif of voyeurism and scopophilia which reinforces the visual and physical antithetical subjects being portrayed within this sensitive and touching performance.

A mannequin is introduced as a metaphorical device in which both characters wrestle with replacement and memory. Nakamura appears to be exploring the idea that empty vessels can never replace and only hurt and damage instead. In Cymbeline, Shakespeare writes, “Fear no more the heat o’ the sun. Nor the furious winter’s rages,” and it’s perhaps this idea that Nakamura is attempting to examine. That it is only in death that we have nothing to fear or remember.

The word denouement in French means disentanglement and the ending of “Shakespeare The Sonnets” is suitably morose and affecting. As the lighting dissolves both Shuto and Yonezawa walk past each other into the darkness. It’s a devastating and poignant climax and a reminder, perhaps, of the futility and suffering involved in love. In his Sonnet 130 otherwise known as My mistress’ eyes are nothing like the sun, Shakespeare manages to execute a quirky and inverted love poem to describe the love for and beauty of a woman in realistic form. It could be said that Nakamura and Shuto’s production reflects this step into reality, the need to strip down the hyperbole involved in love and expose the dark and metaphysical layers that lie beneath.