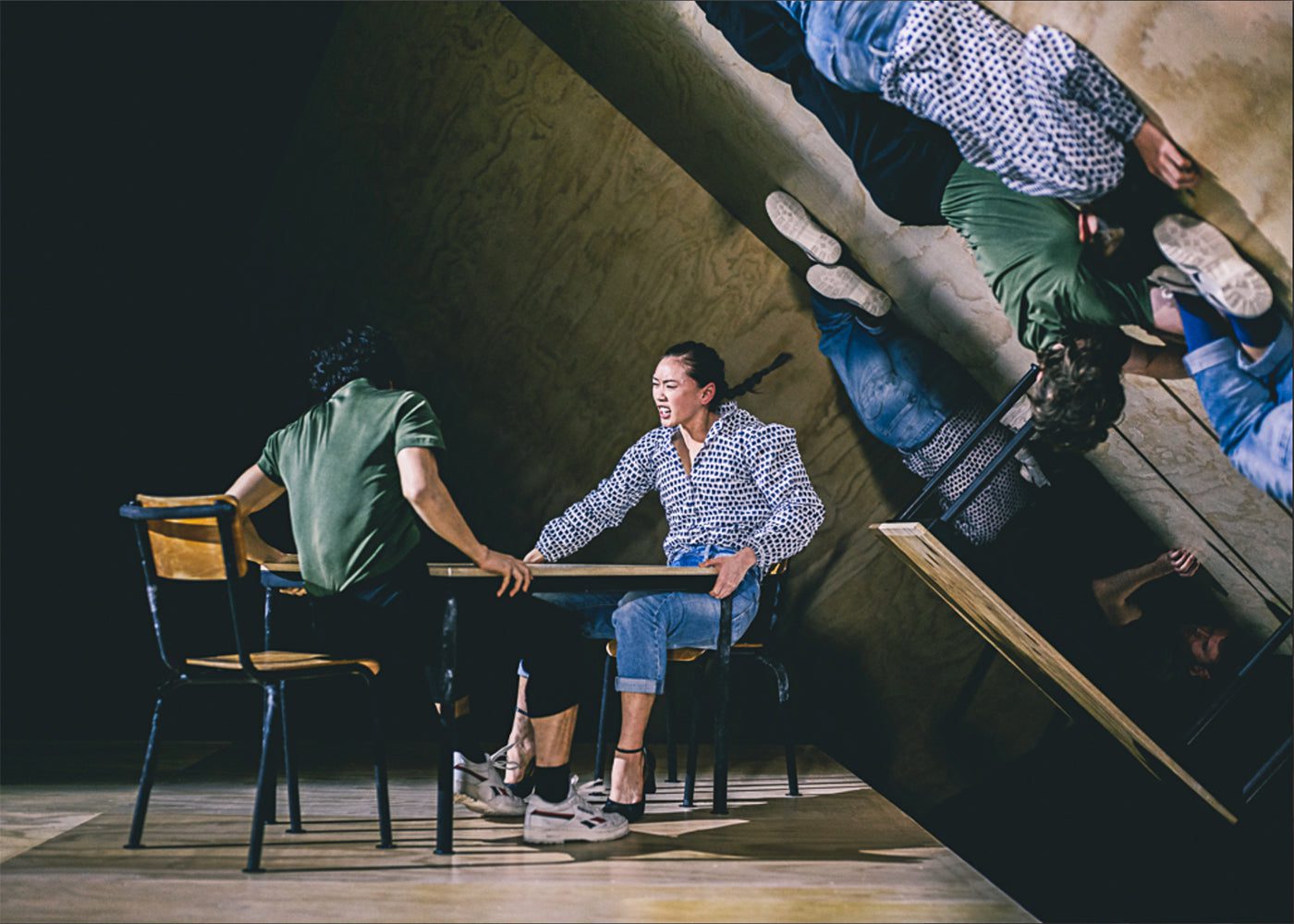 NDT in “I wonder where the dreams I don’t remember go” by Yoann Bourgeois. Image via NDT
Valentina Bonelli·
Reviews
·4

Someday we will recognize the dance pieces created during the pandemic, conceived for the camera, performed by a few dancers, innervated by a sense of instability. It is the case with the new “I wonder where the dreams I don’t remember go,” staged by Yoann Bourgeois for NDT1, filmed without audience and streamed on demand in two performances on the website’s company. A piece that in the past we would have called a “video dance.” The French artist, trained as a circus acrobat and raised as a contemporary dancer, is quite in demand in Europe as a choreographer since his co-direction of the Centre Chorégraphique National de Grenoble. With the Nederlands Dans Theater he already worked, staging last year “Little Song” for the young troupe.

Working last November on “I wonder where the dreams I don’t remember go,” the matter of space was crucial, both to the company and to Bourgeois. NDT1 had at its disposal the little Lucent Danstheater, in The Hague, where to conceive a kind of ‘chamber piece,’ while the choreographer—as he stated—stages every creation of his, starting from the space, playing with it like a child until the set was built. And just like a toy model, it looks a simple wooden house, reminding me of those ecological modules that we might assemble and disassemble anywhere without polluting the environment, where one day we all maybe will live, adapting ourselves to a basic life. Yet, this interior closely reminds us of the rooms where many of us spent and are still spending our life in lockdown, in an effort to adapt to the new circumstances innate to human nature.

The maisonette seems to belongs to a man and a woman, probably a couple, living together in a little space, facing one another seated at a table, asking each other where is this and where is that. An exhausting daily routine, in a room becoming more and more claustrophobic for trying to find a new way to live, for instance overturning the floor, walls and ceiling. Even if chairs and table are standing on the walls, the dancers could sit down despite the force of gravity, without losing their aplomb. Only the unnatural direction of hair or ties will reveal the gained position. And without suffering too much: women are always feminine with their long braids, nice blouses, Mary Jane shoes; men are keeping their plastic strength and protective attitude. One more time the human body shows its intelligence.

To the eight dancers (four women and four men) involved in the piece, the impossible has become possible after four weeks of training with Yoann and his wife Marie, beginning their rehearsal with a classic lesson, yes, but then trying to achieve a new technique by an experiential process, focused on their so called “box of dreams”—became also a hashtag among the artistic crew.

The melancholic yet metaphysical music by Max Richter, assembled as a medley, is the right soundtrack for the creative, even playful atmosphere needed to stage and perform the piece. But the goal for the dancers—a lifetime achievement for Bourgeois—was to reach his so called “point of suspension:” a zenith balance easy to figure out, difficult to perform. As an alternative, to the dancers and to us, a mental escape is still possible, featured in the piece with upside-down projections of what is really happening and with virtual (or real?) images of our bodies finally free from physical limits.

Considering the circumstances, “I wonder where the dreams I don’t remember go” appears as an exercise of physical strength and mental resistance for the dancers, a divertissement for having some relief while finding a metaphorical sense for the audience.

Previous
Stella Abrera, on Moving Forward, Steadily and with Grit

Next
Bijayini Satpathy on her Transformative Year