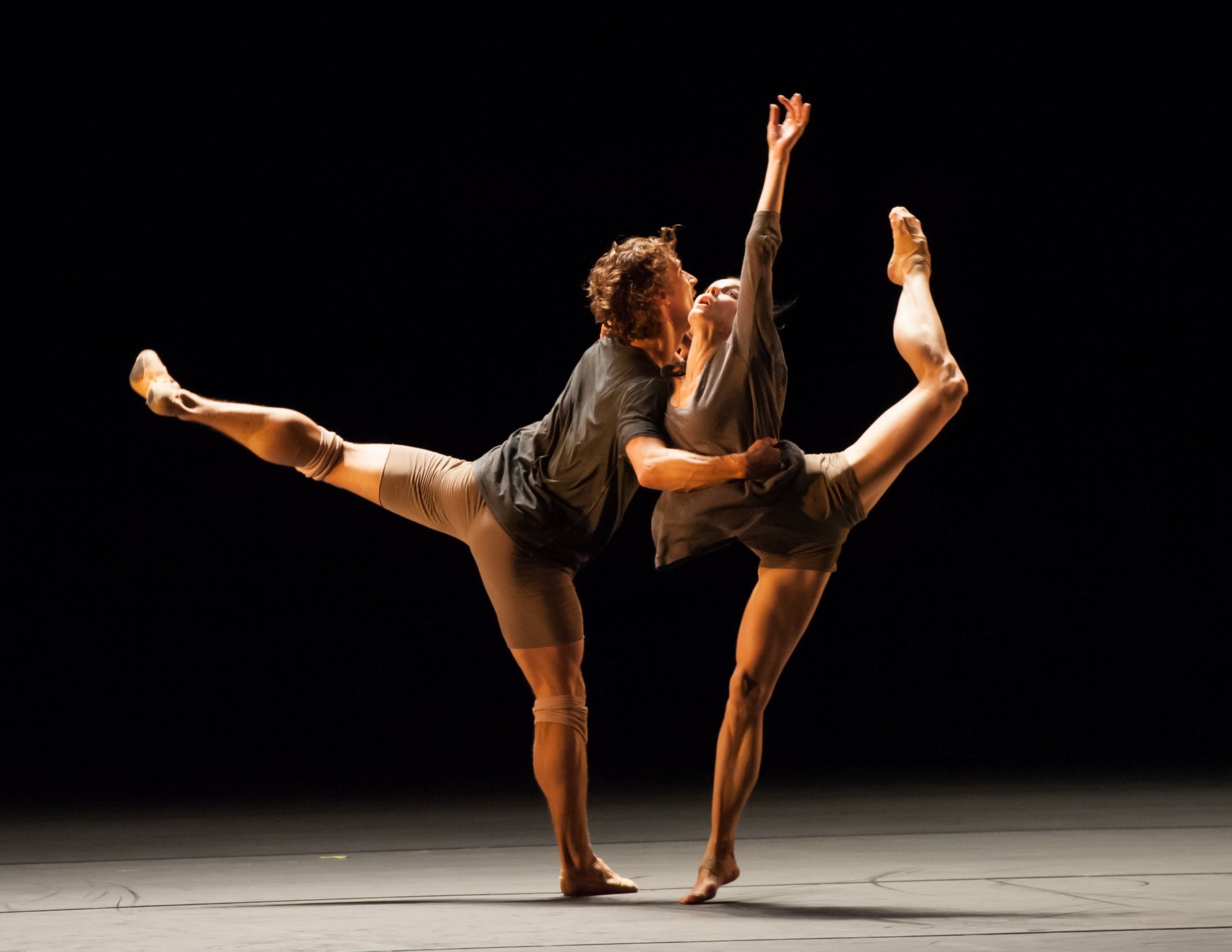 Natalia Osipova and Ivan Vasiliev in “Solo for Two”

Today’s dancers are getting younger and more technically dazzling, coming from the jump-higher-turn-faster school of ballet. Indeed, So You Think You Can Dance, where the 90-second “contemporary” swaggerfest lives, springs to mind.  But the question remains: Are these brave young terpsichores also more artistic or is it merely a surface thing?

It’s no coincidence that Fox’s hit television show is based in Los Angeles, where superficial gloss reins, but the answer, in most cases, is commercialism 10, artistry, a paltry 3.

Except, that is, in the case of a rarefied few dancers from the concert world: We’re talking those prima ballerinas and ballerinos including Sylvie Guillem, who took her cues from Baryshnikov and his White Oak Project in the 1990s, and kick started the trend of commissioning works that allowed her to transition from ballet to a contemporary fusion style in 2006 (partnering with choreographer/dancer Akram Khan), when she was in her early 40s.

A younger Diana Vishneva, who recently turned 38 and has been promoting similar kinds of programs, followed that. (“Beauty in Motion” from 2008 and her “Diana Vishneva: On the Edge,” from last year, are still touring.)

We can chart the beginning of this high-concept global touring phenomenon with “The Kings of Dance,” where male superstars came together in 2006, courtesy of Ardani Artists (the organization headed by Sergei Danilian, who represents the above artists, with the exception of Misha, and, like a neo-Serge Diaghilev, brings together performers and acclaimed dancemakers).

But Natalia Osipova and her erstwhile betrothed, Ivan Vasiliev, at 28 and 25, respectively, are the youngest to enter this successful fray together. And what a fray it is! In their premiere engagement, “Solo for Two” (the program next goes to Moscow, St. Petersburg and London), the duo offered magnificent leaps, exquisite turns, and highly filigreed and intricate partnering. Both Russian-trained and former Bolshoi stars (they last appeared together in Costa Mesa in “Don Quixote,” four years ago, blowing the roof off the staid Center), marking this appearance as a true departure in style.

Billed as world premieres, two of the dances have been reworked for the pair: Sidi Larbi Cherkaoui’s “Mercy,” was originally two separate duets for Les Ballets de Monte-Carlo, recently bespoke for “Vasipova,” and now a 15- minute number dealing with interconnectedness; Ohad Naharin artistic director of Israel’s Batsheva Dance Company, whose own Gaga language must have been as foreign to this duo as jitterbugging, expanded one of his works to create the 20-minute “Passo.” Only Arthur Pita’s “Facada,” (Portuguese for “stab” or “thrust”), is a world premiere. It also featured live music played by Frank Moon and Phil King, as well as actress Gay Storm, who nearly stole the Pita play.

But about our über-stars: Opening with “Mercy,” the couple jousted—rather violently—including Vasiliev muscle-miming and faux beating with fist-pumping, before moving, languidly, fluidly, to a scenario in which Osipova eventually forgives her soul mate: She held yoga-like poses, including an enticing tree position, after which she moved one of her magnificent legs to a six o’clock extension, not to mention totally collapsing from a downward facing dog.

Vasiliev, rolling around the floor as if possessed, executed astonishing lifts: Seeing this half-nude Adonis (he wore flesh-colored dance trunks; she a grayish Tee and trunks—costumes by Tim Van Steenbergen), hoist his precious cargo—ramrod straight—by her neck is nothing short of astonishing.

If this is love, we want more!

“Mercy,” with its Baroque, but holy minimalist seeming score, performed live by conductor Françoise Lasserre, the marvelous Los Angeles Concert of Viols and soloists, as well as the Hindustani singer Arun Dravid, charts a relationship from addictive hostility to absolution. God-like, the dancers emboldened every move, from arched backs (including Vasiliev’s) to Osipova’s astonishing arms (think Plisetskaya’s “Swan”), making the audience, well, beg … for more mercy.

But how do a pointe Goddess and a well-known Spartacus move from their hallowed comfort zones to Naharin’s Gaga vocabulary, where the playful, corporeal multi-tasking—practiced without mirrors—takes the body on an E-ticket ride of freedom? If they’re Vasipova, they manage it with extreme dedication and finesse, more of the latter, actually, in the case of Osipova. She of the rubber-band body, loose hair and ebullience squared, fared a wee bit better than her partner in “Passo,” where traditional music, including “Greensleeves” (all music was taped for this number), not only surprised, but seemed to accentuate her beauty, especially those outstretched arms.

Hands whipped through the air, fingers fluttered, shoulders hunched. Yet these dancers, fierce and fearless, also brought elements of danger and excitement, more so when the sounds of the electronica duo, Autechre, thundered through the hall, bringing to mind, alas, the sad state of the world.

But we attend theater to escape bleakness, and with some hopping, chest-thumping and Vasiliev’s fantastic spins adding thrills to his partner’s otherworldly feats, this dynamic duo filled the stage … often dancing as one being.  She walked on his bended knees, on his thighs, while this cavorting, this madcap humor, opened us to the possibilities of a new world. Yes!

Arthur Pita’s universe, “Facada,” is another story. A strange brew of “Giselle,” Marc Chagall’s The Bridal Pair (kind of), and an episode of I Love Lucy, this vignette featured Osipova as jilted bride, clad in long gown and veil, with Vasiliev, decked out in full tux regalia, screaming as he ran from her “clutches.” Returning, stripped down to white boxers, gartered socks and bow tie, he became a Chippendale dancer, while actress Storm, taking a page from the Lucy playbook, kept walking across the stage, stealing focus from our stars, her dark piercing eyes and deadpan look, breaking the storyline, not enhancing it.

To be sure: Why would any groom reject the buoyant, graceful and bewitching Osipova? Sure, there were several fine moments in this 25-minute piece, including ecstatic feet-beating by the couple. And the live music certainly didn’t hurt. But Vasiliev, often on bended knee, at times resembled Harpo Marx, with his curly hair and smiling countenance, even while having his bow tie cut by Osipova (hence the title, “stab”), until he is eventually … killed.  Call it the Revenge of the Wilis!

So who has the last laugh? Osipova dances—not quite madly, but mockingly—on Vasiliev’s grave. After all, a girl’s gotta do what a girl’s gotta do, which, in the end, all things considered, including the dead man, proved to be a mostly miraculous night of 21st century movement.

Previous
Something different, something new

Next
New and Unsettled