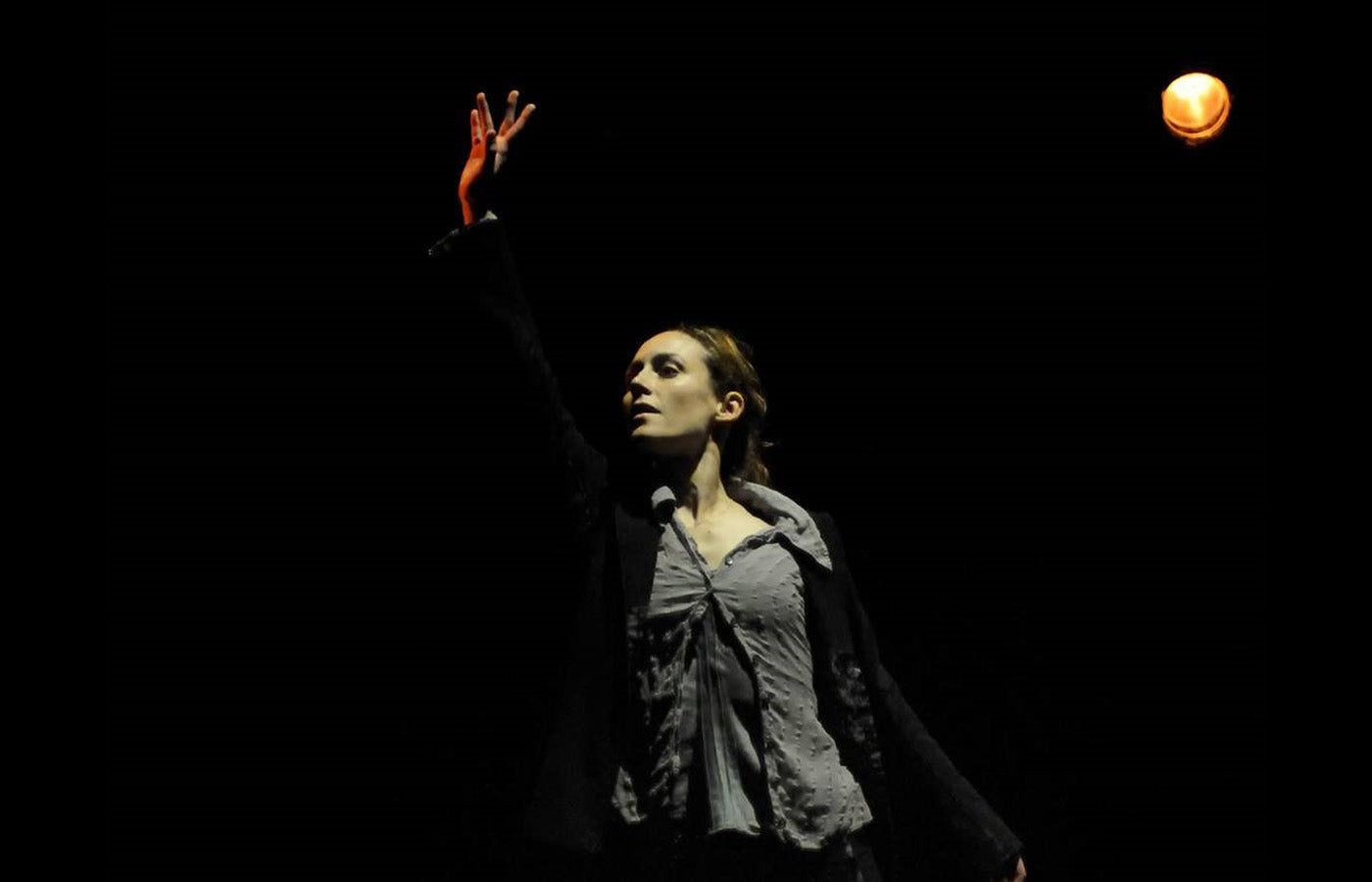 Sadler’s Wells first started appointing associate artists a decade ago, and the prestigious title has evolved into a distinct badge of influence: Sadler’s associates don’t simply add to the landscape of contemporary dance; they decide where its borders will extend to next. This bill features new commissions from Kate Prince, Crystal Pite and Hofesh Shechter—three current associates whose bodies of work vary wildly in tone but each place a premium on wit and seeking out the humanity in the subjects they cover. The showcase is an illuminating snapshot of the mutable nature of contemporary dance and the diverse territories the scene’s top crop are exploring to continue reshaping it.

Contemporary choreographers have long embraced mash-ups between technology and dance, and Prince’s “Smile” is a fine example of how to incorporate the former without compromising the latter. Here cutesy projections and an elaborate lighting scheme enliven an already spirited solo about Charlie Chaplin and the man behind the make-up. Tommy Franzén, who teamed up with Prince to create the piece, tackles the impersonation admirably: it’s hard not to warm to his theatrical blend of signature Chaplin moves (turned out waddle, comic faces, bread-roll dance) and athletic leaps and turns.

The thematic crux of the piece—that Chaplin was deeply insecure about his off-stage identity and used his jolly shtick to mask a deep-seated unhappiness—is neither a new nor particularly illuminating revelation (tears of a clown and so on), but Prince isn’t overzealous on this front; her nods to Chaplin’s anxieties—scenes of Franzén dancing in front of mirrors, juxtapositions of him grinning while the entertainer’s famous lyrics “smile, though your heart is aching” tinkle in the background—are telling but not especially heavy-handed. One of the best scenes sees the protagonist duet with a cartoon projection of himself, reacting to and egging on his cane-twirling avatar. His antics charm, but the blackout that follows reminds us he remains alone.

Shechter’s “the barbarians in love” also mixes light-hearted moves with prickly underlying sentiments. Here six dancers react to the instructions of a robotic voice who insists that “order must be” and attempts to shape their loose, hunched statures into elegant upright ones—a dig at the classical establishment to be sure. The choreography is characteristically Shechterian—that is to say, abrupt, charged and slightly bizarre—with the dancers veering from frantic whirls of movement to prolonged bouts of still.

There’s much to admire about the piece’s high-strung verve, but consistent it is not: halfway through the disembodied voice begins a dialogue with Shechter himself—a sharp turn from which it never quite recovers. The recorded conversation starts out as amusingly self-deprecating—“You had to put yourself into the piece, didn’t you, Hofesh?” the voice chides. “Not everything is about you, Hofesh.”—but then veers into a rambling, one-sided diatribe from the choreographer about how he’s “a fucking walking cliché” who’s cheated on his wife. The confession doesn’t feel contrite so much as self-indulgent, and the dancing that follows, while energetic, doesn’t reprise the punch it had in the first half.

Crystal Pite’s “A Picture of You Falling,” meanwhile, is a model of cohesion, fragmented though its central love story is. Peter Chu and Anne Plamondon dance an exquisite to and fro of fragile shapes and soft, swirling arms while a sober voiceover narrates their relationship’s collapse. It’s hard to parse out the details of their ruin, as the voice intones deliberately opaque lines—“This is your hand. This is your back … This is the sound of your heart hitting the floor.”—but this abstract approach is exactly what makes the piece feel personal: without context, “you” could be any of us.

Aided by a graceful score and delicate lighting scheme—at one point spotlights ripple across the stage like planets in a time-lapse video—the dancers become increasingly combative, their legs swinging and arms grasping as they confront their unnamed trauma: “This is where it happened. This is the place.” A flurry of jarring, distorted shapes usher in the final moments, which bristle with pain but point towards recovery: “This is how you stand up. This is how it ends.”

If this is where contemporary dance is headed, count me in.

Next
In the Name of Freedom