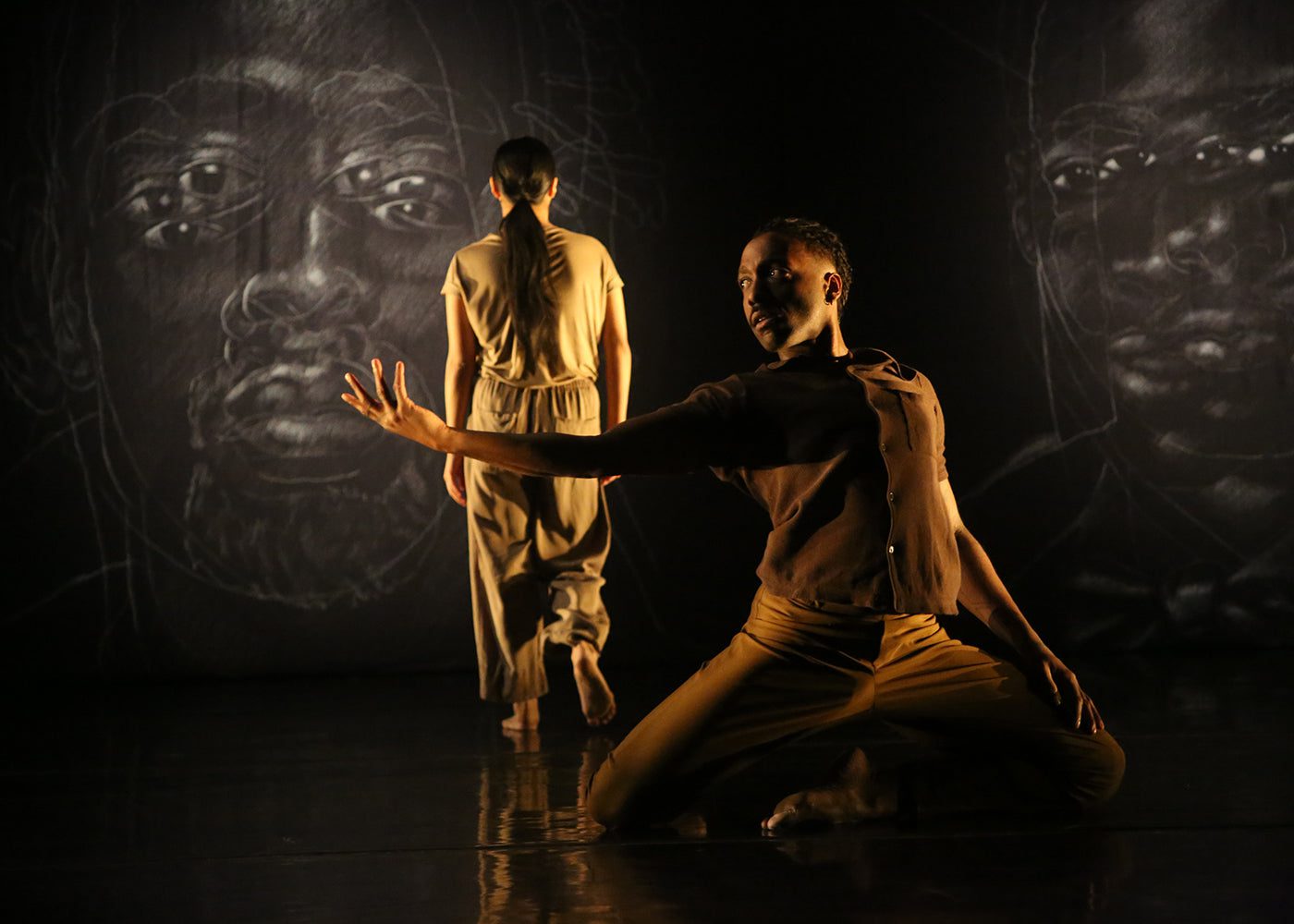 “Let us remember, we’re fighting two viruses,” the choreographer Kyle Abraham writes on the A.I.M (Abraham in Motion) website. In what is a perfect response to both, the Joyce Theater is streaming a performance of his piece “Meditation: A Silent Prayer” online through August 24th. Though this work premiered in 2018, it seems tailor-made for the Black Lives Matter reckoning of today. Of course, the racism and bloodshed “Meditation” addresses have been around for centuries, but the piece is frighteningly apropos to the current pressure cooker moment. Running just ten minutes, “Meditation” is an ideal length for our digitally-dependent quarantine. And though it predated the murder by two years, it seems eerily right that it runs just a hair longer than George Floyd’s fatal police encounter—it feels like a meditation and silent prayer to honor his memory too.

Abraham is perhaps best known for his bombastic fusions of classical dance with hip-hop and other genres, but this piece is true to its title. It is quiet, devastating. It is set to a string score by Craig Harris, with voiceover by the multidisciplinary artist and activist Carrie Mae Weems—who was back in the news this week for contributing billboard artwork in battleground states as part of the “Enough of Trump” initiative. Over Harris’s calming chords Weems neutrally lists biographical details of black victims of racism and police brutality: “he was 24,” “she was 9,” “uncle,” “sister,” “cousin,” “mother,” “son,” “wife,” “friend,” “child.” The ages are shockingly young, she references no one over 41. There are so many deaths at age 18 and under it is dizzying. I watched with my newborn son asleep in my arms and I was a puddle by the end.

As Weems rattles off these awful statistics, six dancers waft around the stage: Kayla Farrish, Tamisha Guy, Keerati Jinakunwiphat, Katherine Ellis Kirk, Marcella Lewis, and Jae Neal. They begin as one slow-moving amoeba, but then Abraham splits them into shifting combinations of dancing in unison, a fitting arrangement for Weems’s text. It is a reminder of the attributes we all share, like our humanity—and especially of the race of all the victims—versus the specifics that splinter us off into littler tribes. Brief solos attest to each victim’s inimitable qualities and DNA, the fleetingness of every such passage a metaphor for the tragic brevity of each life.

In these subtly changing formations the dancers reach and collapse, they hold each other, they occasionally startle, they writhe and arch. At one point they all sink to the floor, still as the dead. The movement throughout is not flashy or overly technical, Abraham’s choreography complements the text but does not compete with it. There is one sustained gap in Weems’s voice over, but Abraham does not alter the vibe in response. Instead, the pause simply provides a moment for the audience to digest Weems’s terrible factoids.

Roughly halfway through the piece audio from a police shooting supplants Weems. In the clip an officer tells a man to provide his ID but then shoots him when he reaches into his pocket for his wallet. As the recording commences, three faces are illuminated on the backdrop. These blurry composite sketches of black men, by Titus Kaphar, underscore the horror of myriad dead in similar situations.

As “Meditation” nears its end Weems stops reciting anonymous details and instead uses proper nouns. She lists 38 victims of racist violence as well as “those who endure” and “every black man who lives to see age 21” in commemoration. Many of the fallen were familiar to me; many were not. In researching them, it shocked that often I knew the identity of the shooter rather than the victims, which is yet another aspect of systemic injustice. As Weems honors these lost souls the dancing winds down. Eventually the cast ambles to the back of the stage and gazes up at Kaphar’s ghostly scrim.

Abraham says on his website: “During this pandemic, A.I.M’s source of protest is not viable. Our voice and activism have been halted, as we cannot gather on stage.” Luckily, he’s wrong on a few counts. On July 23rd he released Ces noms que nous portons—a haunting yet quirky solo for New York City Ballet principal Taylor Stanley, filmed on the plaza at Lincoln Center with the rainbow pride lights reflected on the fountain as a backdrop. It spotlights queer black artists for the intersection of Pride month and the BLM movement. The reunion of these men is thrilling—Stanley’s solos in Abraham’s “The Runaway” were a game-changer in the ballet world. And at least until mid-August we have the ability to watch “Meditation: A Silent Prayer.” Those ten minutes of beautiful mourning are truly a gift. Thankfully, Abraham’s brilliant voice and passionate activism do ring out all over the internet during this difficult time.

Next
Open Doors and Detours