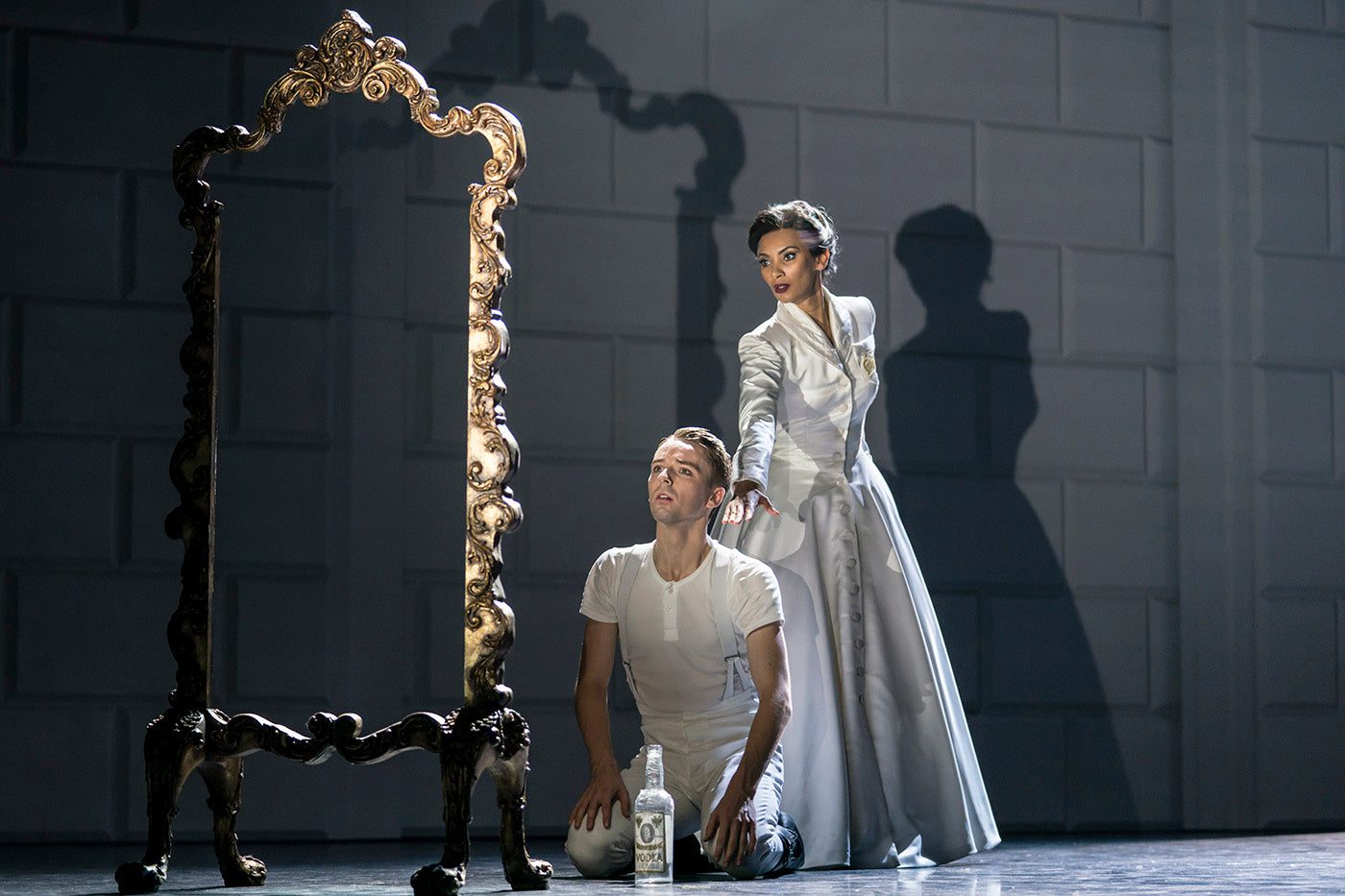 Hope is the Thing With Feathers

The theatre/dance show that is “Matthew Bourne’s Swan Lake” is by now a global institution. There has been so much written about it over the decades, that I may need to find new language to define why it endures so much, some twenty-four years later from its Sadler’s Wells premiere. There are several strands to this iconic production.

The Freudian undercurrent to the narrative means Bourne pulls focus squarely onto the vulnerable young Prince Siegfried, gloriously portrayed by Dominic North, and his longing for affirmation from his mother, the improbably glamorous and imperious Queen (Nicole Kabera)—their dances together, where he clings to her like a second skin, border on incestuous, too close for comfort.

Then there is the famous gay storyline, replete with the tender pas de deux between the Prince and his ideal man/Swan, which vacillates uncomfortably between lustful and toxic.

Finally, Bourne pricks the reverence of “Swan Lake” as a classical piece, by integrating more contemporary styles into the ballet, with humour and an undercutting of hierarchies and societal structures, such as the royal family, celebrity culture and the family unit as a supposed source of wisdom and happiness.

He eschews the duality implicit within the traditional roles of Odile as black swan, and Odette as white swan, by instead making the lead swan good (ish)—at least initially, then wicked—with sadistic tendencies, seducing first an entire bar, and then the Queen herself, in front of his hapless admirer. It’s the ultimate in psychological cruelty.

Taking the role of the Lead Swan/Stranger, made famous by elegant Adam Cooper and given rock star swagger by Richard Winsor, is Max Westwell, who is a fine dancer, but who often rather lacks the requisite menace and dynamism to compell during the darker scenes.

Despite a technical glitch twenty minutes in, the choreography from the hissing male corps de ballet is more muscular this time around, and in the smaller chorus line, even camper and flouncier. The gestures seem bolder, broader perhaps, than ever before. Lez Brotherston’s iconic design and costumes homage vintage Hollywood reference Busby Berkley kaleidoscope sequences, both in the park where the swans gather, and in the ball, where the ensemble of guests shine. Symbolism is rife—a riding crop seems like reference to both the kink of sexual fetishism and hunting; and the discarded shoes of a dancer in the ball scene are suggestive of freedom and a nod to Cinderella.

The flamenco sequence of the ball is a gorgeous masterstroke by Bourne, with graceful arm extensions and passionate stamps. But the movements in Swanks bar are more akin to the shapes thrown by modern club kids, as well as sixties inflected shimmies, or, as the classic soul tune has it, “shaking a tail feather.” And even burlesque is parodied in grandstanding style by bringing dead eyes, a cigarette and a resigned, slumped exhaustion to a clapped-out dancer in the bar—clearly Bourne is potentially taking pot-shots at the ubiquity of burlesque culture.

Even if the ending feels a bit clumsy, with its teeth-gnashing portrayal of the Prince’s descent into padded cell madness, this new iteration still packs an emotional punch. This is in the main, thanks to North’s expressive and soulful performance, and the fact that Bourne anchors the production with superb satire, with particular emphasis on wonderful supporting performances from women, not least Katrina Lyndon as the unsuitable predatory girlfriend, with her endless theatre faux pas and teetering struts in heels. She has effortless comic chops as well as a delicate pathos when faced with rejection from the royals, no mean feat to pull off, as dancer and actor alike.