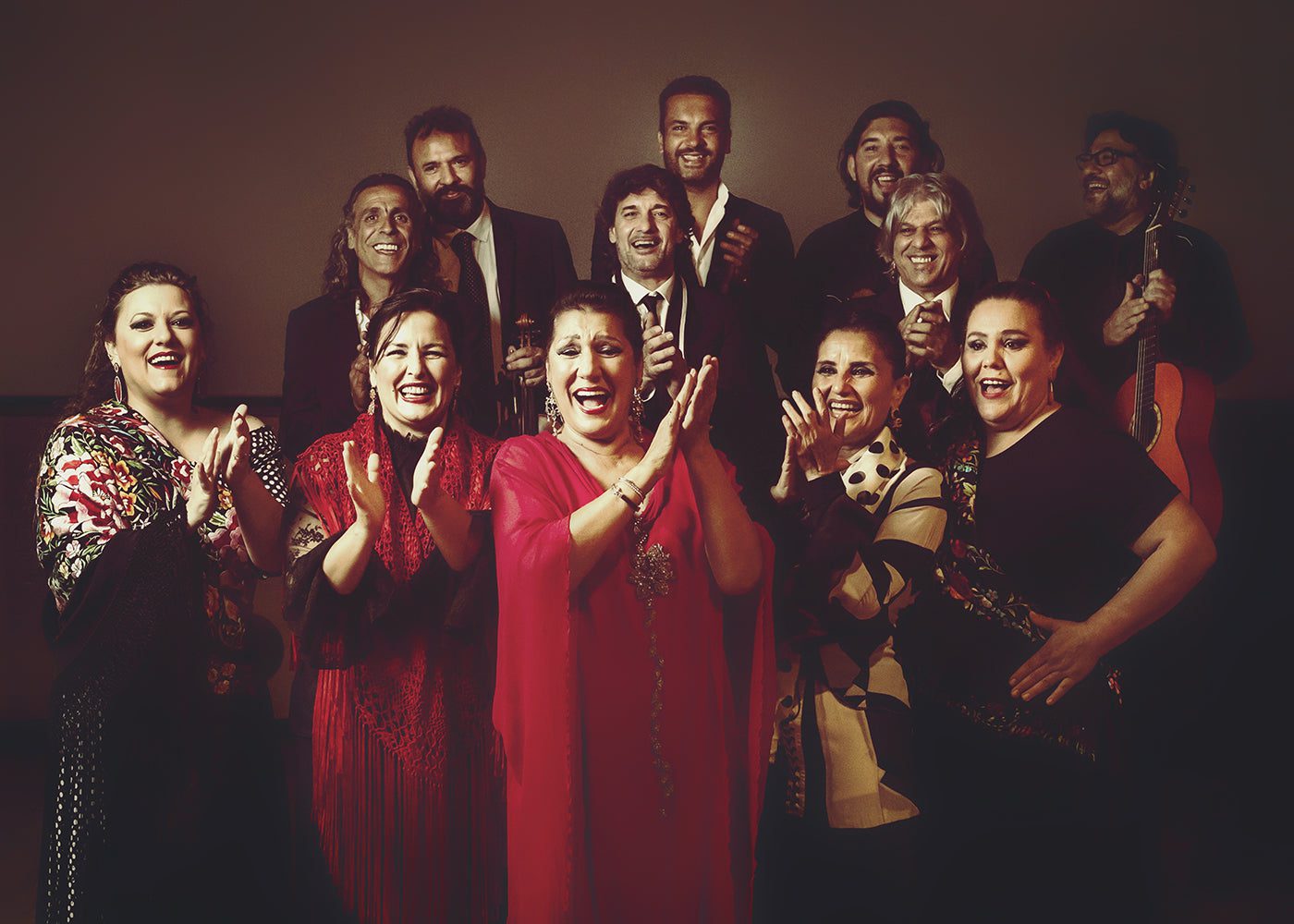 It was a first for the Los Angeles Philharmonic, but hopefully not the last: Under the artistic direction of flamenco artist and dancer extraordinaire, María Bermúdez, the Fiesta de la Bulería Jerez, one of the most prestigious events in all of Spain, came Stateside, its performers scorching the stage of Walt Disney Concert Hall. And throughout the nearly three-hour love-fest, the dozen artists collectively known as Sonidos Gitanos (Gypsy Sounds), raised the temperature from hot to blistering, the sold-out crowd continually jumping to its feet as if possessed.

East L.A.-born Bermúdez, whose roots are also Mexican, has been living in Jerez de la Frontera, the heart of flamenco, for more than three decades. No stranger to Southern California, though, the fiery performer and troupe, has, over the years, graced the boards of the Hollywood Bowl and the Ford, while the dancer also worked her particular brand of magic at smaller venues, including the 75-seat Fountain Theatre in Hollywood, where she was fondly billed as María “La Cha Cha” Bermúdez.

Indeed, spotlighted on a riser above the cast and seemingly framed by the Hall’s famous 5,000-pipe organ, she vamped, emoted and struck haughty poses in her fuchsia-colored polka dot frock, her filigreed fingers slicing the air of this hallowed space. Singer Carmen Grillo wailed like a true flamencan to the virtuosic strummings of guitarists Diego del Morao and Manuel Parrilla, the musicians filling the Hall with the sounds of Andalusia.

Joining in the festivities, Jerez Puro company’s founder, María del Mar Moreno, mesmerized with her wrist-flicking firepower, while the sounds of thunder-like clapping and the interplay of both Marías showcased their mini-volcanic eruptions, elevating the estrogen level through the roof in this strutting, stunning duet.

After the troupe exited, guitarist Antonio Rey showed off his chops in an impressive solo before he was joined by del Morao in a gorgeous rendering of “Malagueña,” the singer Jesús Méndez deploying a crackling vocal cocktail. Followed by “Seguiriya,” a deep expressive style originating from the Romani, dancer del Mar Moreno and the affecting singer Antonio Malena, also of Jerez Puro, performed a kind of call-and-response ode to death. This non-Spanish speaking reviewer caught the word “muerte” as the fierce duo, he of the gut-wrenching, deep-throated keening and she offering an abject lesson in longstanding grief, personified angst in this soul-piercing number. There was no need, then, for violinist Bernardo Parrilla to add to this already torment-filled broth, as the fiddler would soon prove his mettle in “Tangos,” where he shone amid a quintet of guitarists and singers.

With seemingly more exits and entrances than one finds during rush hour at Grand Central Station, the program soared when Bermúdez performed “Soleá por Bulerías.” Accompanied by guitarist Parrilla and three singers, including the belter Ana de Los Reyes, Bermúdez proved the epitome of “duende,” the Spanish term for a heightened state of emotion and authenticity, a word that roughly translates to “soul.”

And talk about trance-like! The dancer’s percussive, machine gunning footwork, her fluent, quicksilver twists accelerating at the speed of, well, terpsichorean lightning, combined with hip-swaying, body-slapping and sinewy arms, made for a sizzling solo. Bermúdez’s exit and one that “Pose” star Billy Porter would be proud to call his own, was equally thrilling: In aloofness mode, her head held high and slightly tilted, the artist abandoned the stage in utter triumph.

After intermission, singer Pelé de Los Reyes performed “Bulería del Espacio,” bare-footed, his hands beseeching the crowd before dancer Joaquín Grilo (brother of Carmen) displayed formidable footwork in “Soleá,” complemented by del Morao and three singers. It’s unfortunate, then, that there weren’t more male dancers, or at least Grilo executing a duet with Bermúdez, but it should be noted that in 2019 Bermúdez, an overt champion of females, dedicated the 52nd edition of the Fiesta de la Bulería Jerez to women.

Nevertheless, Parrilla and del Morao lit up the space with another fiery guitar duet before Remedios Amaya offered a blazing account in song, one not soon to be forgotten.

Whether it was her bright orange caftan—a couturier’s dream, the fabric swirling to the beat of her lament-like moans—or her absolute commitment to raspy vocals, Amaya could very well be dubbed the Anna Magnani of flamenco. (A favorite of Tennessee Williams, whose plays and screenplays journeyed into the heart of darkness, the Oscar-winning Magnani was a standard bearer of misery and symbolized the underlying drama of what it means to be human, which, when one considers it, is not unlike the essence of flamenco).

The company then came together in an extended finale in what looked to be a series of encores in which these supersized talents gave us nothing less than a master class in the art form. Bermúdez, again excelling in florid handwork and flying feet, her high-combustible movements a searing study in passion, brought it all home as the group served up their gifts, individually and in pairs.

Flamenco, when performed by true artists, not only has the power to exist in a profound and mystical place, but can be a transformational experience for an audience, as well, something that was borne out at Disney Hall on this particular Saturday night after Thanksgiving, where a huge heaping of gratitude was also on the menu.