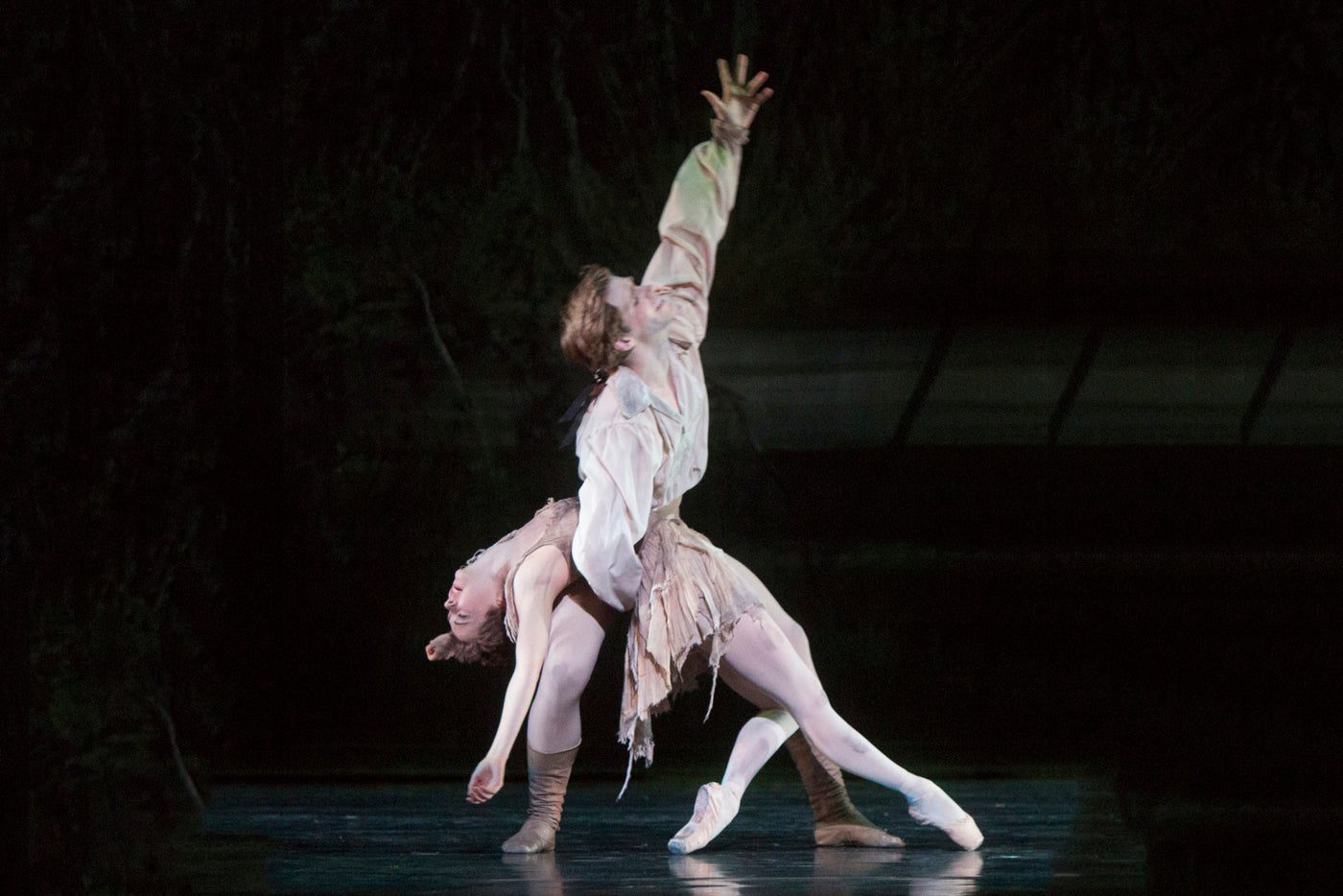 The National Ballet of Canada's “Manon”

Jillian Vanstone and Harrison James made an exquisite pair, dancing the lead roles in “Manon” with the National Ballet of Canada on Sunday. It may be getting cold outside, but inside, the pas de deux were scorching.

A surprise guest, American Ballet Theatre principal James Whiteside danced Lescaut with tremendous, menacing flair, twirling at a furious pace across the stage—his drunken Lescaut was pitch perfect, coiffed hair bobbling ridiculously and landing every exaggerated leap plumb on the note. Jordana Daumec, also a last minute change to the cast, as Lescaut’s Mistress casts her chin down over her shoulder in a way that is pure sass; ever the vixen, she flings herself into the air and whips her skirt, with eyes flashing and a smile to make the Cheshire cat blush.

Vanstone’s Manon is more ambivalent than the usual minxy portrayal. Those familiar with the principal may know her for her sweet, precise interpretations of Alice and Cinderella. She begins in a similar vein, a lighthearted girl, she bursts onto the scene, skipping to catch her brother Lescaut in a warm embrace. She rather falls victim to Lescaut’s dark enterprise, assuming her role partly out of a sense of expectation, glittering jewels and the promise of wealth a welcome salve.

James, corps dancer of just a year with the company, made his debut in the role of des Grieux. A strong, warm dancer, he treats Kenneth MacMillan’s choreography with love, and it reciprocates. In round, measured, balanced movements, he declares his true love for Manon. He holds his arabesque pose, unwavering, perfectly still, inviting her to answer. He is so still you hold your breath. Like the golden moment between the final note sounding and the applause—the stillness, the steady gaze, he draws you in.

Vanstone’s precision and delicate motion has always been easy to enjoy. Together with the naturalness James brings to the program, she is thrilling, completely at ease, highly musical. Her first-class technique makes way for liquid turns and daredevil leaps. MacMillan’s uncannily beautifully poses are vivid and alive, if you can tear your eyes from their glowing faces to notice, that is.

Before we can get too carried away, Lescaut arrives, having made a deal with the wealthy suitor, Guillot de Morfontaine, danced by Peter Ottmann in this cast. Together they manipulate and fetishize Manon’s body in a slow tempo, wheeling her through the air; she is objectified, controlled, commoditised.

In the second act, Manon arrives at the party at the Madame’s Hotel Particulier on the arm of Guillot de Morfontaine. Chameleon-like, in decadent black and gold tulle dress with flashing crimson hem, she now moves in synch with her suitor, metered and cool. She is passed from man to man, in a phrase recollecting and perverting the classical ballet trope. Defiantly, she sinks into a circle of Clients, disappearing from view, provoking Guillot de Morfontaine, and scorning the onlooking des Grieux. When des Grieux confronts her, she looks through him like a pane of glass.

The company fleshes out the detail with gusto; Tanya Howard is animated as one of the Courtesans, and Elena Lobsanova, also one, has eye-catching levity in her dancing. These lush, bawdy scenes are in direct contrast with the intimate ones, part of MacMillan’s genius for structure, and the ballet flows sublimely—downhill. Manon desperately tries to reconcile her material wants with her love of des Grieux, with disastrous results.

Cast out and fleeing their pursuers, Manon and des Grieux dance a final pas de deux; albeit this time mired in desperation, they spare nothing, and it comes to its raw and heartbreaking conclusion. A triumphant debut, one can only hope to see more of this sensational partnership in the future.