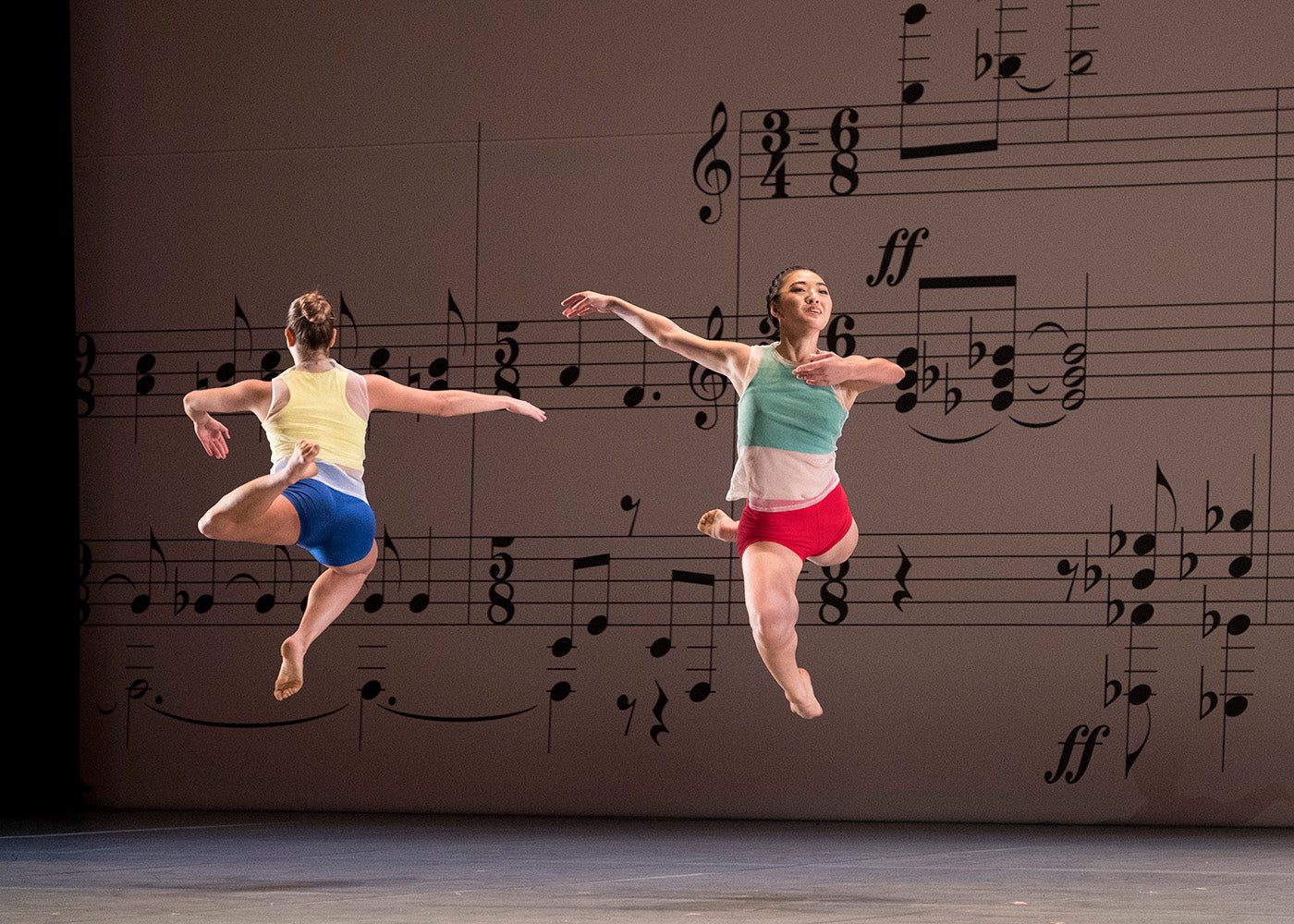 Seeing dance up close and personal can be something thrilling—as long as the choreography and performers are up to terpsichorean snuff. That was mostly the case when the 12-member L.A. Dance Project performed Program C as part of its L.A. Dances Festival that ran for 10 days in November (Programs A and B ran September 26-October 25). A bold undertaking by the troupe founded by Benjamin Millepied in 2012, the festival featured six world premieres, 10 works and one revival.

Initially chastised for not hiring any local dancers, Millepied then decamped to become director of Paris Opera Ballet in 2014. Leaving that fabled institution a little more than a year later, the former New York City Ballet principal had always intended for LADP to have a Ballets Russes sensibility, where dancers, artists, composers and designers would combine their talents in a Gesamtkunstwerk (“total work of art”) kind of way.

Of course, it helps that the troupe has a nearly $3 million operating budget and that its founder is married to Oscar-winning actress Natalie Portman. (Next year Millepied, 42, also helms his first feature, Carmen, a retelling of the 1875 opera.) That said, the five works of Program C—seen in LADP’s edge-of- downtown digs, which comfortably seats 100—proved that dance in the City of Angels is again staking a claim in the modern dance pantheon.

This was most apparent in the restaging of Bella Lewitzky’s “Kinaesonata,” a 1970 work set to Alberto Ginastera’s Piano Sonata No. 1, a wash of atonalities with an insistent rhythmic pulse. Lewitzky was that rare California choreographer/dancer who chose to live and work in Los Angeles as opposed to abandoning the city for New York. She established Lewitzky Dance Company in 1966 and was the founding dean of dance at CalArts in 1970. After disbanding her troupe in 1997, she died in 2004, with few of her works having been performed since.

Kudos, then, to Millepied for reaching out to Walter Kennedy, a former Lewitzky principal dancer who mounted “Kinaesonata,” with Millepied deciding against the work’s original costumes and sets (unitards and a black backdrop) and opting instead to commission the artist Charles Gaines to create them: vibrant color-block shorts and tops beneath transparent mesh, with the scenery consisting of five mural-size pages of Ginastera’s sheet music. Filled with plenty of split leg jumps, radical arabesques and tree-like yoga poses, “Kinaesonata” also offered angled lunges, pulsating arms and architectural shapes that give the work a timeless, ultra-stylish feeling.

Daring lifts proved breathtaking, as did Nijinsky-esque leaps, including those of Patricia Zhou and Daisy Jacobson, while there was also a rootedness to the piece that counterbalanced the ever-changing patterns the seven dancers created. Janie Taylor, who had choreographed a duet seen in Program A, continues to be a standout presence in the company, her solo in the third movement visceral and spider-like, with additional marvels including Mario Gonzalez and Anthony Lee Bryant serving as pedestals for Rachelle Rafailedes and Gianna Reisen.

Less successful was the world premiere of “5 Live Calibrations,” made by New York-based choreographer/video installation artist Madeline Hollander, whose work was seen in Jordan Peele’s recent thriller, Us. With an original score by her sister Celia Hollander, the five-movement work was described in the program notes as being “inspired by physical techniques for calibration, re-orientation, geo-location and balance, as practiced on human, industrial and cosmic scales.”

That may have been the intent, but the piece proved somewhat of an endurance test. Hampered by the composer’s minimalist, albeit grating, siren-filled electronic rumblings that were also filled with more false endings than a Beethoven symphony, the work amounted to a continuous parade of Rockette-like arms (as opposed to legs), military formations, bourrées and pirouettes.

In less capable performers, “Calibrations,” no doubt, would have been beyond tedious, a bit puzzling and, no doubt, sloppy. Here, at least, the octet was focused, indeed, determinedly gritty, even when huddled in a circle.

Millepied’s 2018 “Homeward,” with music by the National’s Bryce Dessner—“Aheym” (Yiddish for “homeward”) and performed (on tape) by Kronos Quartet—featured costume and video design by American artist James Buckhouse. Saturated with one-armed lifts and numerous unisons, with women standing aloft on men’s shoulders resembling hood ornaments, this was a balletic work at its core. It’s unfortunate that the video, a frenetic swirl of black and white abstractions occasionally appeared to dwarf the dancers.

The evening began with Tino Sehgal’s work, “(untitled),” from 2018-2019, in the space’s foyer, with sneaker-clad performers individually executing a series of fouettés, pirouettes and martial arts-type moves in silence, though noise from the restroom’s hand dryers could occasionally be heard. Bryant and David Adrian Freeland, Jr. proved particularly adept in this so-called curtain raiser, as several onlookers moved about oblivious to the beautifully trained dancers who gave their all under less than ideal circumstances.

Los Angeles is lucky to have LADP, a troupe committed to showcasing new works by its supremely talented members. Here’s hoping that spirit continues and that the city’s other fine companies are able to thrive, as well.

Previous
A Show of Strength

Next
The Creative, the Curious and the Courtly