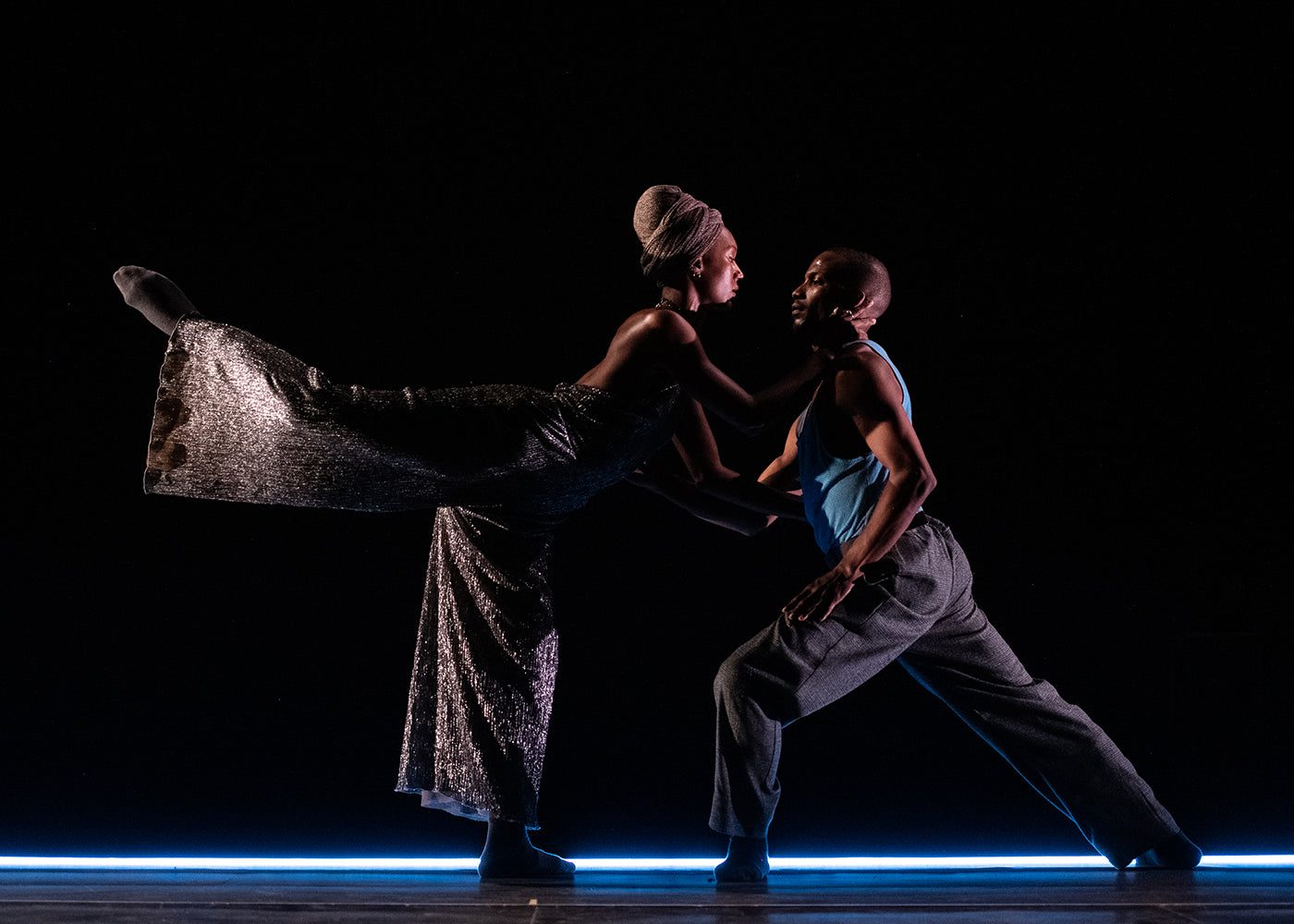 A.I.M. by Kyle Abraham in “An Untitled Love”

Even despite countless efforts not to, the concert dance world can feel inaccessible. At its most avant-garde, the form can come off as niche, esoteric, and difficult to understand, especially to those without a background in it. Kyle Abraham’s “An Untitled Love,” turns all these assumptions on their head.

The work, which was developed over two residencies at Jacob’s Pillow Dance Festival’s Pillow Lab and returned to the Pillow July 13-17 for five performances in the Ted Shawn Theatre, is a celebration of and exaltation in relationships of all sorts. Set to the music of D’Angelo, an artist whose discography has been a soundtrack to Abraham’s life, it draws on the sibling-like bonds between close friends, the excitement—and sometimes disappointment—of a burgeoning romance, the ease of opening the door to a loved one’s house to find music playing and food cooking, and other, similar, relatable moments that shape our lives and infuse them with joy.

“An Untitled Love,” like many of Abraham’s past works, is rooted in his own experience, both as a Black man in the United States grappling with the widespread violence and discrimination in this country—andas a member of a community with deep love, joy, and resilience. As he put it in a recent interview with The New York Times, his goal with this particular work was to “highlight the beauty in our culture, the way we love and love on each other.” And indeed, the work feels like love, like home, and—to use an image directly from the piece itself—like an effortless conversation with someone who makes you feel safe in all essences of the word.

“An Untitled Love” begins with a couch, a low, warm light, and soft, pedestrian movement. The space is transformed beyond a proscenium stage into a place that feels familiar, like we’ve all been there before. The dancers, members of Kyle Abraham’s eponymous company, Abraham.In.Motion., move about with ease and grace, falling into the more dance-y sections of choreography naturally, almost improvisationally.

Nothing about “An Untitled Love” is forced. The movement—Abraham’s classic mix of hip hop, jazz, contemporary, and post-modern sensibilities—flows easily with D’Angelo’s soundtrack. The lyrics give us something to very viscerally tie the dancing to, as do the pepperings of spoken dialogue, which make the piece feel similar to a short play. The humor infused throughout is easy and natural, too.

Each of these elements combine to create a work that is profoundly accessible and human. Pedestrian movements, popular music, and natural conversation remind us of the dancer’s humanity—and our own. With this work, Abraham points out that behind the established institutions, complex culture, and rigorous rules, dancing and moving together is something uniquely human—and something that we all share.

When the stage lighting grew cool and the dancers began to collapse to the floor, drawing up images of the rampant police brutality facing the Black community in the US, “An Untitled Love” remained deeply open and honest—and even grew in these qualities. Though contrasting in comparison to the warm-lighted, conversational feeling of the majority of the piece, this section, too, met the viewers in a real, human place, highlighting that joy can—and does—exist simultaneously with the discrimination, violence, and inhumanity also permeating our world.

“An Untitled Love” is simultaneously the tip of the iceberg for dance neophytes and the depths of the sea for those more familiar with the craft. It provides an approachable, loving, and welcoming jumping-off point for today’s audiences, meeting us in the real world we’re living in.

Growing more familiar with concert dance, it becomes a place that is—while not without its issues—a home to those who’ve ever known it. It can be an easy place, a place that, like a gentle embrace, welcomes you whether you’re a lifelong fan or a first time viewer. “An Untitled Love” shows us this side of the dance world, throwing aside all the gatekeeping and assumptions about dancing, reminding us what movement really is: human.

Previous
An Interplay of Shadow and Light

Next
Movement Innovation with Molly Lynch