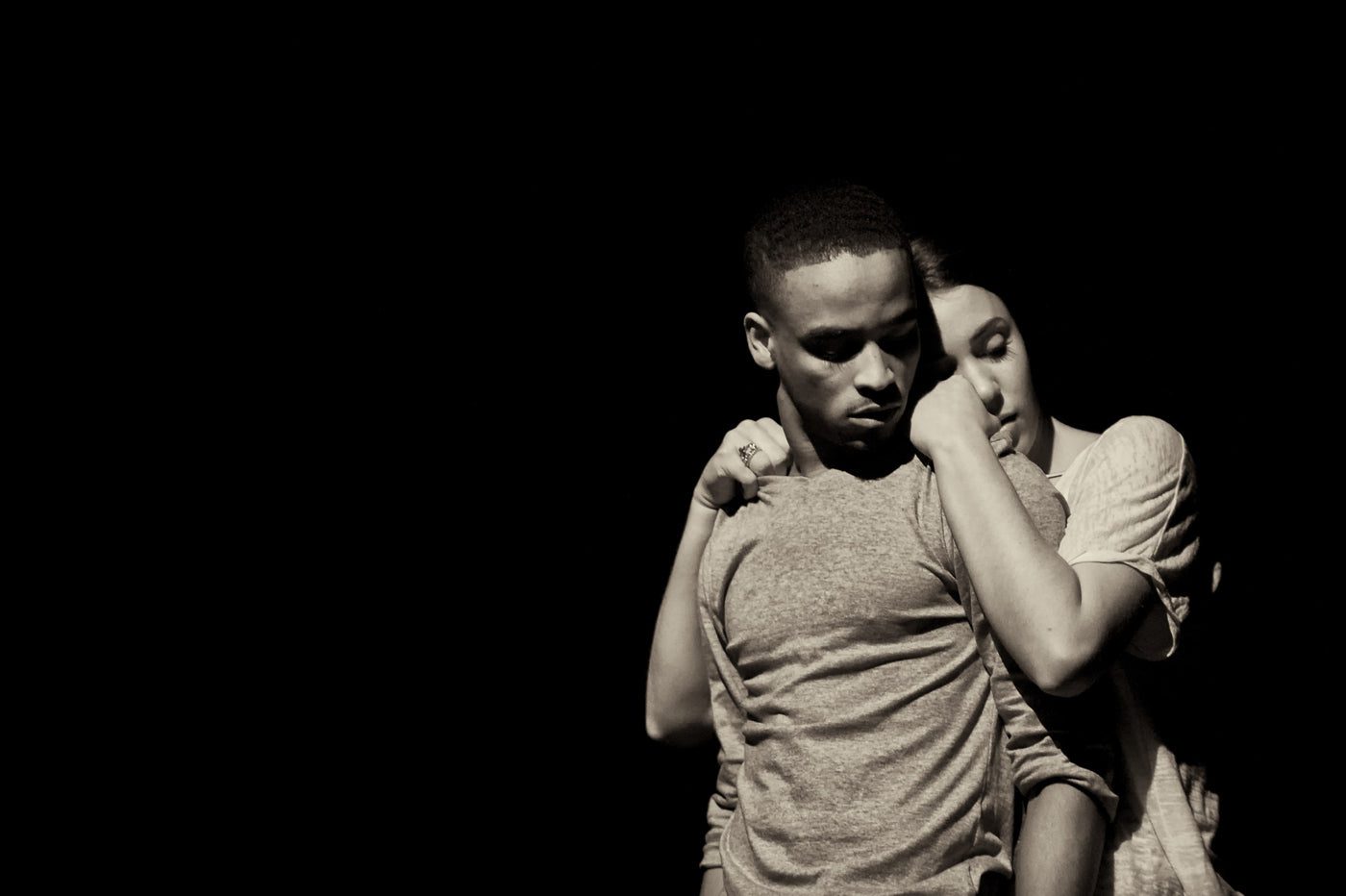 An energetic air rippled through the crowd on opening night of “Platform,” a showcase of recent work assembled by Just Us Dance Theatre. The bill marks one of the Greenwich-based collective’s first full-length offerings on a London stage, and a quick introduction by co-founders Joseph Toonga and Ricardo Da Silva, in which they implored the audience to “please be open about our efforts,” suggested a lot was riding on its reception.

The choreographers needn’t have worried: each of the eight pieces on show was greeted enthusiastically, from the lively group opener to the intimate closing duet. Just Us trades in contemporary dance, hip-hop and spoken word, fusing the disparate styles in an effort to, as Toonga explained to me in a recent interview, “integrate the urban interests people have with classical language.” The company has a big educational slant—“To nurture and support is our ethos,” says Toonga—and judging by the not inconsiderable number of kids present in last Friday’s audience, its two youth programmes have achieved decent visibility.

The bill’s first two pieces were products of these programmes. Toonga and Da Silva choreographed “We Stand as a Group” as part of the Let’s Shine Mentorship, which is run in conjunction with NewVic Sixth Form College; meanwhile the short film by Gianna Gi that followed, GG: Riats, arose out of Just Us’s New and Notable venture, which supports up-and-coming artists. “We Stand as a Group” saw 13 sixth-formers perform a stirring number about loyalty and solidarity, mixing individual steps with bouts of partnerwork and unison. The choreography here is drawn in the aforementioned integrated style: flourishes of street—snaking heads, body rolls, stomps and step-backs—punctuates a contemporary base filled with contractions and weighty postures. The dancers handled the sophisticated formations they were set admirably, and even more impressive was their vigour, which buoyed the grave piano music and ensured their seven minutes on stage left a lasting impression.

Likewise memorable was Gi’s black-and-white film, which features aerial shots of the choreographer herself dancing in a stairwell, the frames occasionally layered and reversed to add a ghostly tinge. Her self-styled blend of popping, hip-hop and so-called ‘bone-breaking’ is eye-grabbing for all the right reasons, thanks in part to the repetitive phrasing, which tethers the wild movement vocabulary and lends it some structure.

Nicolas Ventura’s “Simha” and Lee Griffiths’ “Not my Circus, Not my Monkeys” both stood out for their visceral intensity. The former centres on an undulating train of 11 dancers worming their way around the stage, individuals occasionally stepping out of line to perform quick solos before rejoining the group, sucked in by a collective mania. There’s a possessed feel to the movement vocabulary, filled as it is with jerking and squirming, and primitive postures—hunched backs, swinging arms—prevail. Would that the piece’s staging was as engrossing as its frenzied choreography: much of the action is clustered towards the back of the stage, which had the unfortunate effect of obscuring the dancers’ captivating expressions of delirium.

Griffiths’ work had no such problem: here six men from The Company, another London-based dance collective, delivered a manic, in-your-face spectacle of handstands, rolls and spins, their fixed grins and jazz fingers reminiscent of a vaudeville act. It’s not a straightforwardly cheery piece though; an air of artifice underlines their actions, one that’s increasingly exposed as the dancers’ smiles crack and an urban style of movement takes over. By the end the piece has evolved into a freestyle battle, a form associated with autonomy and delightfully at odds with the puppetry that variety entertainment often invokes.

Spoken word featured prominently in a group work called “Sketch” as well as in a duet between Da Silva and Botis Seva, of Far From the Norm. In this latter piece, called “Let’s Pretend…,” the two performers reminisce about their broken childhoods, revising their histories so that “I wasn’t a mistake” and “my parents lived happily ever after.” The tone is surprisingly upbeat for so gloomy a topic, both performers bringing a welcome optimism to their musings, which ultimately impart the idea that “scars only tell us where we have been, but don’t dictate where we’re going.” The two returned with Kenrick Sandy, of Boy Blue Entertainment, and some other members of Just Us for “Sketch,” which is much more confrontational. Here one performer details a broken relationship while others act out the conflict, their movement a mix of dramatic gestures and hip-hop strides. Unlike “Let’s Pretend…,” which appears to function as a cathartic release, “Sketch” is more of a cry to be heard: “Want to hear my songs?” questions the speaker. “Then release my album.”

My favourite piece of the night was Joseph Toonga’s “I know I am a woman, a woman with inner strength,” a lyrical work featuring three women, including the aforementioned Griffiths (another New and Notable artist). Invisible forces batter the dancers, who fight back with combative movements, all closed fists and stomping feet. The work dwells on the distinction between delicate and weak, demonstrating that the former quality—visible in the dancers’ elegant lines—doesn’t entail the latter. On the contrary, the immense physical strength the choreography demands—sturdy limbs, a flexible core—suggests that the dancers’ gracefulness is anything but fragile. I found the incorporation of street elements like locking particularly alluring: so often hip-hop is seen as the preserve of men, but here we see women owning the style in a softer, though no less powerful, way.

The evening ended with a meditative duet between Toonga and Dickson Mbi, another co-founder of Just Us. Elements of popping, contemporary dance and even mime mingle happily in this tight number, wherein every movement emanates from the core and staccato pacing is king. The two dancers proved seamlessly in sync, following and reacting to one another with intuitive precision. If this is the standard Just Us is teaching its mentees, they’ve much to aspire to.

Next
In Pursuit of Petipa