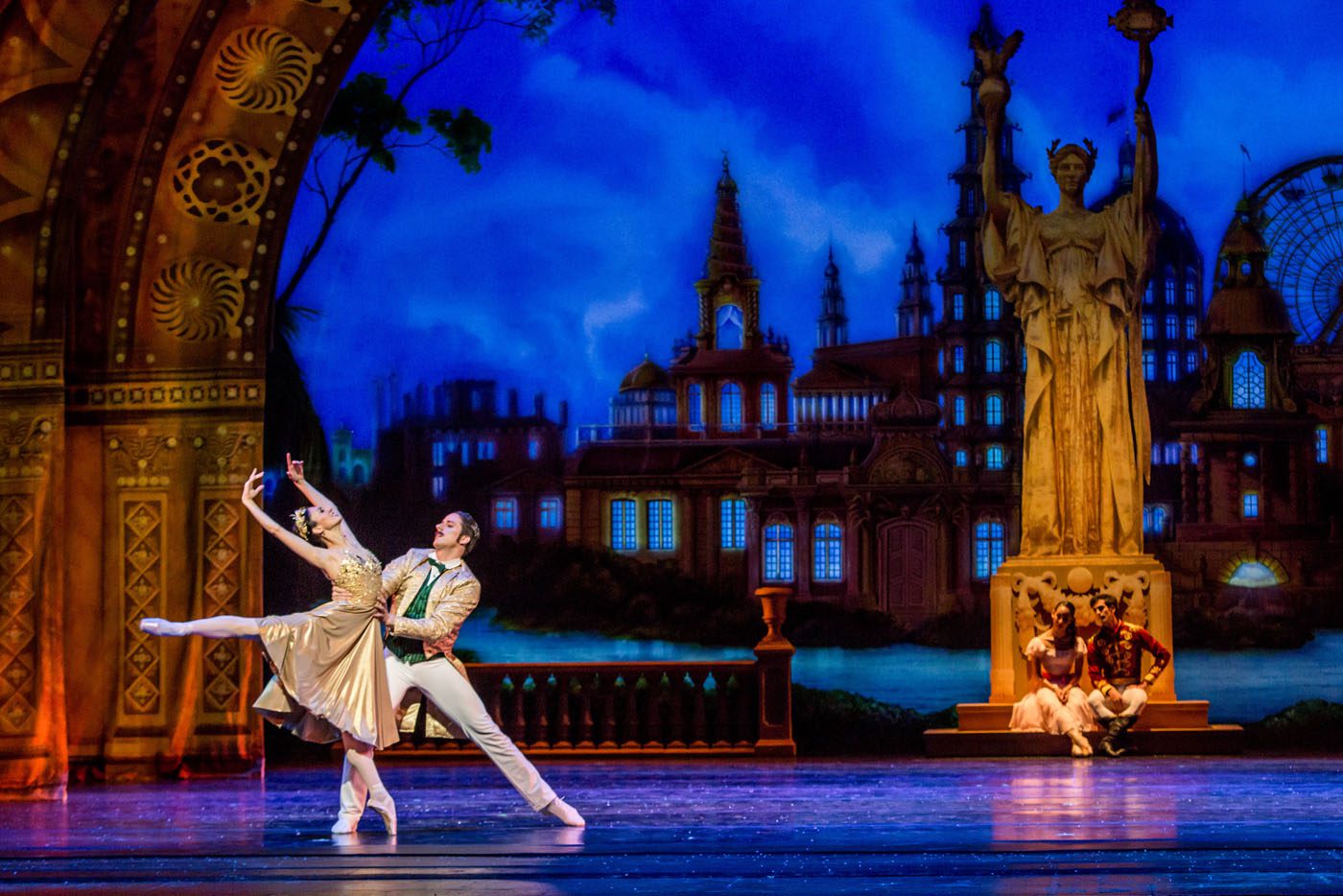 Your home is not your home. In its place, a dreamscape of flowers and snow, where dolls can transform into princes and sweets come alive. Victorian bouquets dance, characters travel by hot air balloon, and Christmas trees grow to envelop a stage. Though the story of “The Nutcracker” makes little logical sense, it doesn’t need to; in this fantastical, surreal territory, the strange is somehow familiar, and a little girl can unlock a portal into another world.

Yet to Christopher Wheeldon, the Tony-winning artistic associate of the Royal Ballet, one particular aspect of the narrative was troubling. “I was always slightly bothered by the fact that ‘Nutcracker’ is about a child who has everything, then falls asleep and has more,” Mr. Wheeldon told the New York Times. “I wondered how we could make the story more relatable.”

In Wheeldon’s new version of “The Nutcracker” for the Joffrey Ballet of Chicago, fiction grows roots in historical fact, and the ballet gains a new class-consciousness. Set in 1862 Chicago, Wheeldon and story adaptor Brian Selznick deftly hinge the ballet around the construction of the World’s Columbian Exposition and the migrant workers who created it.

It’s still Christmas Eve, but Wheeldon downgrades the grand Stahlbaum household to a tiny shack, replacing the privileged Clara with Marie, a Polish immigrant. Marie’s mother works as a sculptress for the Fair, and the guests of their Christmas Eve potluck are fellow workers. Marie still receives a Nutcracker, defeats a Rat King, and travels to a dream world, but this dream world is set inside her reality. Since the Columbian Exposition was essentially an Epcot-like fairground of pavilions from around the world, Wheeldon and Selznick utilize this setting to situate the myriad second act divertissements, altering the variations to match their 1862 counterparts; Drosselmeyer becomes the Great Impresario of the Fair, Russian Trepak is swapped for Buffalo Bill’s Wild West Show, and Marzipan exchanged for Venetian Masked Dancers.

This new “Nutcracker” works, to varying success. In the first act, the Chicago setting provides much-needed grit, as well as a literal historical backdrop; above Marie’s wooden shack, the steel girders of the White City loom, unfinished. While I didn’t care for the re-arrangement of the Tchaikovsky score, I loved Wheeldon’s folk-inspired choreography of the Christmas potluck. In the second act, replacing the Land of Sweets with an enchanted World’s Fair is a harder sell; Wheeldon had a unique opportunity to break from “Nutcracker” clichés—especially the Chinese dance with extended pointer fingers, and the sensual Arabian dancers with skimpy costumes—but chose instead to repeat the same, politically incorrect tropes.

Overall, while the impulse to unite both acts of “The Nutcracker” within a singular historical narrative is ingenious, the execution feels artificial. Though I’ve lived in Chicago for most of my life, I didn’t know much about the Columbian Exposition before I saw this “Nutcracker.” Wheeldon’s ballet anticipates this confusion, peppering the performance with additional exposition. The ballet begins with an informational slideshow made gorgeous with the help of lighting designer Natasha Katz, but the subsequent intrusions of explanation throughout the ballet are distracting. For instance, the start of Act II features Marie, the Impresario, and the Nutcracker Prince riding a magical gondola through the night, iridescent stars winking in the background, only for the night sky to fill with advertisements for the fair (“Buffalo Bill’s Wild West Show!”). Such continued orienting is disorienting.

Of course, place is vital in this “Nutcracker.” How magical it is to have a “Nutcracker” of my very own, for my city to become the site of such wonder! Yet with so much reminding me where I was, it was difficult to lose myself in the magic of it.

Much of the magic of this production comes from the Joffrey dancers. In the 7pm performance on Monday, December 26th, Amanda Assucena was excellent in the role of Marie; this Marie needs to be an ingénue and a realistic love interest, and Assucena did both convincingly. Victoria Jaiani danced the Mother and Queen of the Fair with an otherworldly elegance, mastering Wheeldon’s stylized choreography and imbuing the roles with gravity. Franz, played by Children’s Cast member Dylan Sengpiel, carried his (surprisingly large!) part well, and the Arabian Dancers, Christine Rocas and Fabrice Calmels, were sinuous and spellbinding. Less impressive was the Great Impresario of the Fair, though perhaps not because of Miguel Angel Blanco’s performance; as a stand-in for Drosselmeyer and modeled on real-life Fair architect Daniel Burnham, the character seems unsure of whether or not he should be magical.

Perhaps my favorite part of this new ballet was a moment in the finale of the second act. The backdrop, designed to match the gilded walls of the Auditorium Theatre, suddenly blazes with light. Then another layer of the backdrop is illuminated, then another, and then the lights of the Auditorium Theatre wink on to reveal where we are: home, transported, exactly where we started. The Auditorium has always contained a particular magic for me; I performed as a Children’s Cast member with the Joffrey for five years, debuting in the old “Nutcracker” at age nine. Even with the lights up and the stage bare, the theater was still a portal, an entry into a rarified world where nothing is as it was, and stories came alive.

All the more frustrating that, in substituting a fantasy world for re-imagined history, this “Nutcracker” ricochets between dream and reality with no real emotional anchor. What is obscured in this retelling is “The Nutcracker’s” particular charm: a chance to ascend the recognizable world, and to find oneself, dazzled, in a waking dream.

Next
In the Moment