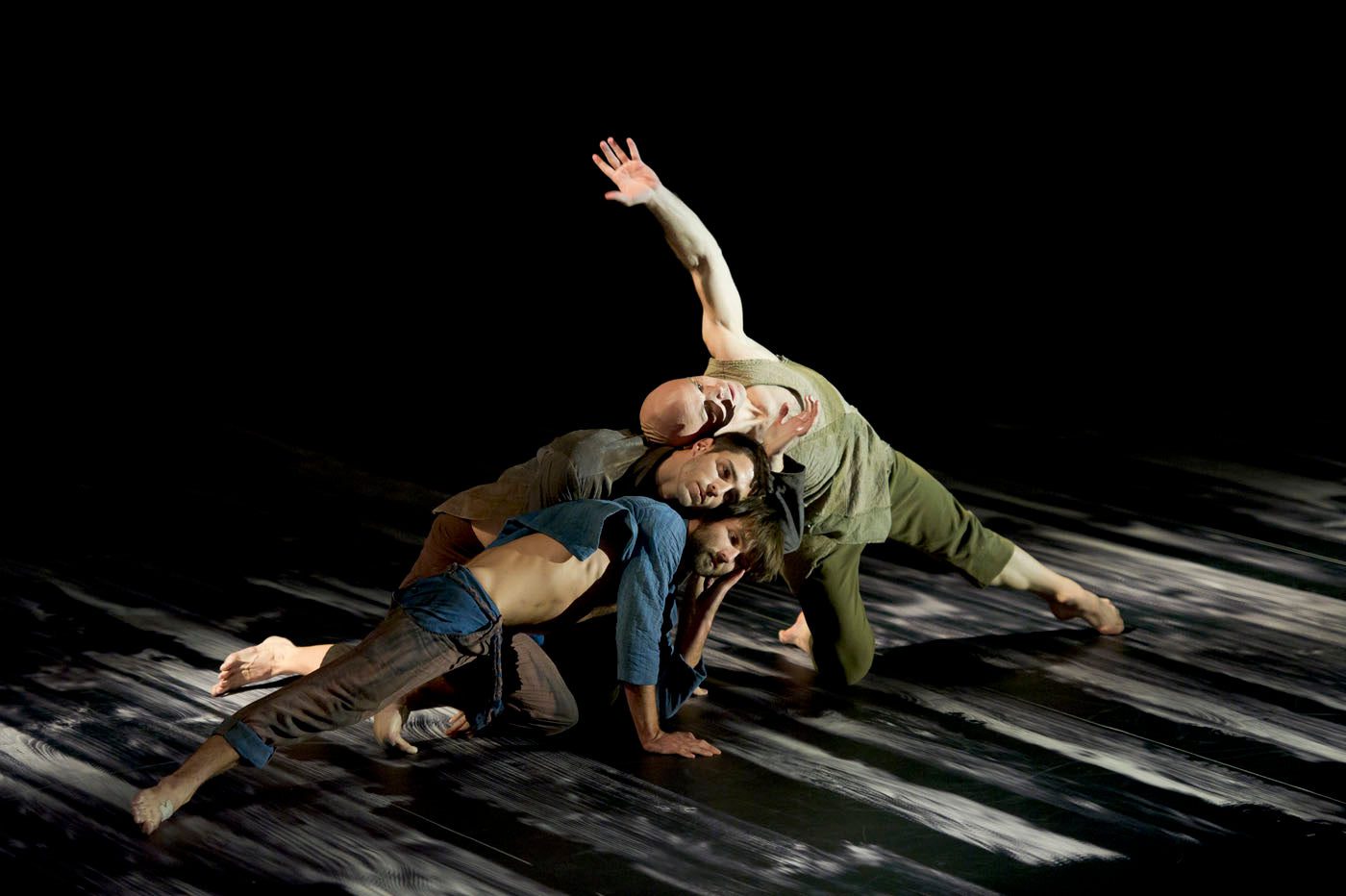 Benjamin Millepied—known in the ballet world for his 16 years at New York City Ballet and recent tenure as director of the Paris Opera Ballet, and beyond it for his choreographic turn in Darren Aronofsky’s Black Swan and subsequent marriage to Natalie Portman—co-founded LA Dance Project in 2012 with four other creatives. In its four years, the collective has struck up some powerful relationships, including one with Van Cleef & Arpels, the jewellery brand associated with Balanchine’s legendary “Jewels.” Van Cleef & Arpels is now LADP’s principal sponsor, and the influence behind two of three pieces recently shown in London: “Hearts and Arrows” and “On the Other Side.” These works—a UK and world premiere respectively—form the latter two-thirds of a trilogy loosely inspired by the dynamic aesthetic of precious stones.

“Hearts & Arrows” takes its title from the term for diamonds cut to create certain shapes as they refract light. This imagery emerges quickly in the work as the eight dancers dart and dash to a Phillip Glass score, bounding like the glinting beams of a disco ball. The 15-minute piece is portioned into several distinct snippets, each bookended with a blackout. The first is swift and sharp, the dancers seesawing between levels, their arms slicing through the little negative space present in their tightly knit tableaux. Subsequent segments become slower and more lyrical—a shift accompanied by sweeping floorwork and gentle skips—before fast-forwarding to a breakneck pace, the stage peppered with rowdy partnering and strident slides and chugs.

Throughout the work is a steady dialogue between dance and music: Millepied is deft at plucking out individual layers of Glass’s striated score and pairing them choreography that highlights their finicky twists and turns. His dancers too show a flair for musicality, nimbly meeting the demanding swivels in tempo and cadence. A collaboration with a music-focused choreographer like Richard Alston could go a long way with this troupe, I think.

Like “Hearts & Arrows,” “On the Other Side” is also episodic, though much less stark in aesthetic: here, Millepied has swapped the strapping black and white costumes and blunt lighting of the former for bright jumpsuits and an abstract watercolour backdrop dripping in vivid reds, yellows and blues. Another Glass score accompanies the dancers as they move through a series of animated scenes, some light-hearted, others impassioned. There’s no unifying narrative or tone, which mutes some of the work’s lustre, especially towards the end, when it veers jarringly from pensive to restless, with no discernible reason for the pivot. The choreography is superb throughout, though—a radiant swirl of tight waltzes and fleet-footed skips. The same-sex partnering is a particular treat: women hoisting each other into pendulous leaps, men rolling as one across the floor.

Millepied’s work has been described as ‘urban ballet,’ and it’s easy to see why in these works, both of which flirt with the vernacular but stop short of pedestrian. For all their flexed feet and crouched poses, a ballet base remains ever present, articulating itself in every extension. This carries through to Millepied’s Balanchine homage at large, which doesn’t stop short at its triptych format or jewel-related theme; Millepied frequently peppers the two pieces on show here with elegant formations that recall those of the renowned dancemaker himself, especially his fondness for big, sweeping circles.

Sandwiched between Millepied’s works is a moody male trio from Sadler’s Wells Associate Artist Sidi Larbi Cherkaoui: “Harbor Me.” The work invokes the elements of earth, air and fire, and simmers with quiet drama from its first phrase, a violet-lit solo in which the dancer unfolds a series of luxurious reaches and stretches that tug out the wails of the doleful score, composed by Korean musician Park Woojae. The trio that follows is a shimmering web of artful formations, including one elaborate skein of twisting torsos and criss-crossing limbs. There’s a gripping symbiosis to the dancers’ interactions, as if they’re giving each other life and sucking it out at once. The pacing is a little stilted—it never strikes a steady clip, nor does it really build towards anything—but the atmosphere is soothingly smooth, a tantric swirl of breathy contractions and indulgent reaches played out amid smoke and shadows and plucky strings.

Earlier this month LADP announced a three-year partnership with the Luma Foundation, which includes an upcoming residency in Arles, France. Fingers crossed this means we’ll be seeing more of Millepied’s lively American troupe this side of the pond.

Next
Le Corsaire anchors in Paris