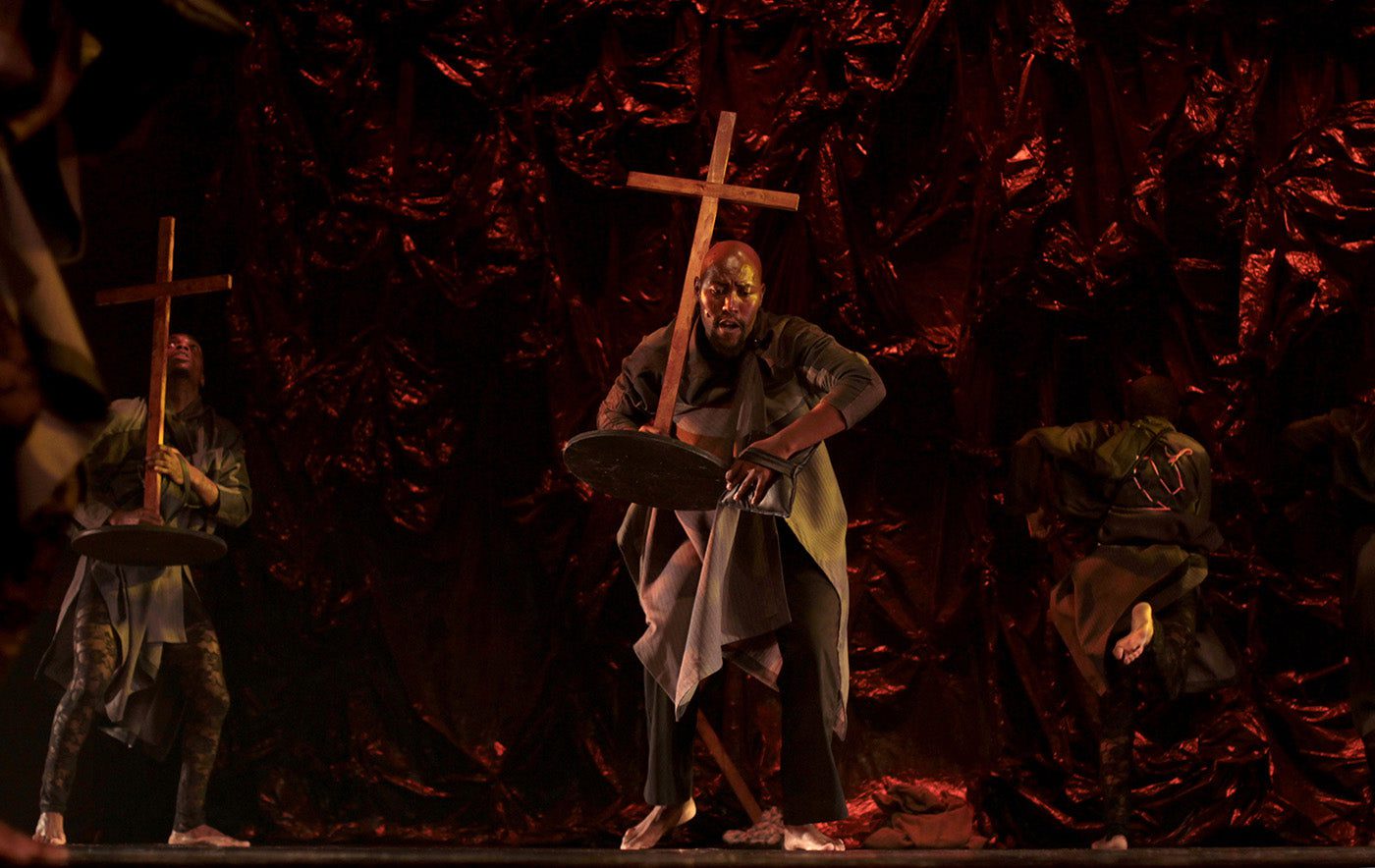 For the first time in its 72-year history, the Holland Festival invited two artists to program its prestigious multidisciplinary three-week arts celebration that unfolded over various venues around Amsterdam—and both hail from Africa: The visual artist William Kentridge is from South Africa and the choreographer Faustin Linyekula is Congolese. It’s no surprise, then, that the internationally acclaimed dancer/choreographer, Gregory Maqoma, was asked to perform with his Vuyani Dance Theatre.

Maqoma, who was born in Soweto in 1973 and became interested in dance in the late 1980s as a means of escaping political tensions, began formal dance training in 1990. Nine years later, while a scholarship student in Belgium under the direction of Anne Teresa De Keersmaeker, Maqoma founded Vuyani Dance Theatre. He has also collaborated with artists that include Akram Khan, Dada Masilo and Sidi Larbi Cherkaoui. Among the numerous awards Maqoma has received are the 2014 Bessie (for his troupe’s “Exit/Exist”) and in 2017 he was honored by the French Government with the Chevalier de l’Ordre des Arts et des Lettres.

In his 2017 creation, “Cion: Requiem of Ravel’s Boléro” (it travels to the Kennedy Center next January), Maqoma looked to the novels of acclaimed author Zakes Mda, whose 1995 work, Ways of Dying featured the iconic character Toloki, a professional mourner at township funerals during South Africa’s transition to democracy. In Cion, his 2017 follow-up book, Mda revisits Toloki a decade later as he travels the world to uncover the story of runaway slaves.

According to Maqoma, “I took it upon myself to play the role of Toloki, the lead in this piece because I feel strongly that I need to say something. And my dance, and my work, is a powerful way for me to comment. Other people use hashtags, I want to use art as commentary about how we treat each other as human beings.”

The 70-minute opus features eight dancers in addition to the choreographer, and four vocalists that make use of Isicathamiya (an a cappella singing style that originated from the South African Zulus). The singers’ interpretation of Ravel’s “Boléro”—composed by Nhlanhla Mahlangu with assistance by Xolisile Bongwana—fluidly moves from jubilant and rhythmic, with occasional nods to Fela Kuti, to plaintive-like wailings. And if you think you’ve had enough of the warhorse that “Boléro” has become, these fragments might be recognizable, but are heard in an absolutely different and thrilling context—with one haunting voice ultimately becoming that of Toloki.

Set in a graveyard accentuated by a profusion of crosses (stage design by Oliver Hauser), the piece opens with a solo by Maqoma—barefoot and wearing a long tunic (costumes by Black Coffee)—whose slow walks are faintly reminiscent of Robert Wilson. As he confronts a universe in which the age-old tropes of greed, power and religion so often give short shrift to death and loss, so does Toloki’s lament unfold. Unison moves and a rocking back and forth on heels, with raised arms, are at once energetic and overtly sad. Pirouettes and loose upper bodies give way to writhings and a hip-hoppish quality as the vocals—ornamented one moment, breathy the next—prove to be aural manna.

Percussion is also part of the score, like a heartbeat, along with those persistent cries of pain, as if the performers, often moving like a single organism, are trying to raise the dead. Their bodies are noble, transfixing, resilient. There are male/male duets, their stomping moves trying to swat away death, the apotheosis of tragedy . . . if only that were possible.

Ritual, of course, infuses the work that wants so much to stand against the darkness that is what many refer to as eternal rest, and Mannie Manim’s lighting design—sometimes shrouded in grey, at others in flaming red—is potent and agonizingly beautiful. As for those crosses, at one point brandished by the dancers like so many unforgiving burdens, they have been indelibly etched on this reviewer’s psyche—as we all become, in a sense, professional mourners, a kind of vampiric collective: watching, listening, feeling.

Weaving through this virtual landscape of dissolution is the notion that there is safety in numbers, though try as these beings might, it is the catharsis of universal grief that will conquer the sadness, the hard reality continuing to permeate the living. Indeed, Maqoma has created a church, a church where the body is religion and the voices are personal—yet shared—hymns.

In one scene, Maqoma and troupe don shoes, having, in effect, their feet speak even louder and more powerfully than before. And when the dancers are seen on bended knees, smacking the floor with pieces of cloth, Maqoma’s metaphorical action painting is despondency squared.

Never far from politics, Maqoma’s art is essential. In this this case, it is not hard to be reminded that black lives matter, and here they matter with a resonance one is not soon to forget. Yes, there have been numerous requiems composed by many masters—Mozart, Verdi, Bach, Brahms, to name a few—but this foray into an animated mass for the dead is actually one that reveals the living, in all its fleshly forms, made more visceral by the vocalese that is meant to soothe, finally asking one to rise up. Be heard. Be counted. Be alive.

Previous
Seeing (and dancing) with heart