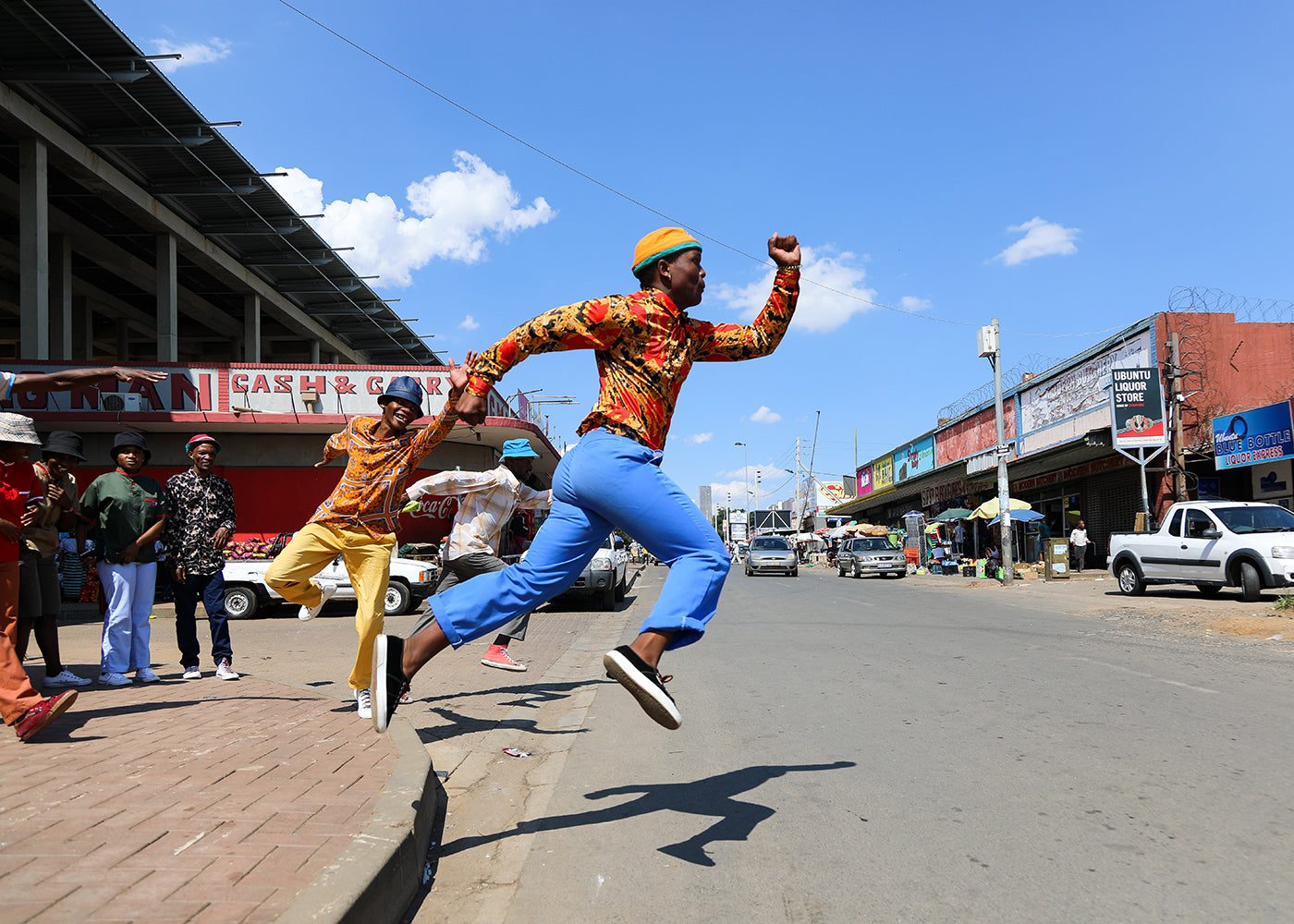 “Your body is a repository of memory,” says the voiceover in Retrace-Retract, Gregory Maqoma’s film which is part of the Dancing In The Streets series for the Edinburgh International Festival, focusing on the issue of home. ”I am your compass. . . The spirit will guide you.” Threaded throughout this beautiful, inspiring film, directed and choreographed by Maqoma, is the poetry of Jefferson Tshabalala, which interrogates issues around poverty, inequality and strategies for survival; but also of selfhood and spirituality. These particular streets—Soweto’s bustling streets in South Africa—are the backdrop. They signify the return to the source, the retracing of steps, the better to make sense of Maqoma’s own life.

Maqoma’s humanity shines in the storytelling. Each scene is a vignette of lived experience. His choreography is rooted in the everyday, yet there’s nothing quotidian in his direction—even a taxi cab journey has dancers grooving together as one, throwing dancehall shapes as fares are shared. Items such as fruit boxes, a shower and a massive shimmering red piece of material are used as props to frame, envelop and dance against: objects repurposed for a dancer’s silhouette.

Maqoma, along with his other main dancer Tebza Diphehlo, both share a rangy physicality,warmth, and expressive movements, with quicksilver footwork—almost pyrotechnic, blink and you’ll miss it. Diphehlo’s celebrated Pantsula moves are a recurring feature—restless limbs and athletic, catlike ease. Maqoma moves like a man half his age. They make it all look so simple. There’s a panoply of styles: Afrofusion, hip hop, contemporary South African dance all entwined together. J Flavour’s music in the soundtrack echoes this—it’s a gorgeous, honeyed fusion of Afrobeat and hip hop.

The grim legacy of apartheid is also unflinchingly alluded to. In one emotive scene, the constitution is scrutinised, referencing equality eschewed for the tyranny of big business. Dancers wind and grind, pop and lock, and backflip around the tin shacks, defiant and free in their graceful routines, even when highlighting inequality within the location.

A busker who performs impressive shapes with a hat on the street has his hat grabbed, only for a group of men to start giving chase, as though they were in a hip hop video. The “thief” drops the coins, and they fall in slo mo like confetti, while the group of dancers surround him with an admonishing elegance not often seen in B boys—they are more like a warning to be better, a symbol of moral righteousness.

Humour is never far from the film, too. Bling and pimp culture are savaged, as the empty displays of vulgarity, macho posturing and capitalism are anathema to Maqoma’s ethos. In his hands, the gold jewellery, Shaft style seventies threads and cane seem utterly cartoonish, relics from another age destined for the dustbin of history.

Another scene sees yet another hat used in a game of “keepie uppie,” the classic football trick ensuring it never touches the ground, with a sophisticated, almost Buster Keatonesque move. It’s quick, graceful and very witty.

The key to understanding Maqoma’s dynamic is what he told CNN in a recent interview: “Art and dance is a truly embodied thing . . . I always refuse to be boxed in with my work.” He’s all about making the internal external, drawing out the history and multilayered experiences that reside within us—identity, universality and the political as personal.

Such a conversational, freewheeling style is evinced in this wonderful film, and it reveals Soweto in the twenty-first century as vibrant, complex, resilient and always on the move—much like its people. It’s an absolutely captivating love letter to home—I wanted to watch it over and over again, just to soak it all up.

Gregory Maqoma’s Retrace-Retract is available to watch on demand on the Edinburgh International Festival website: eif.co.uk