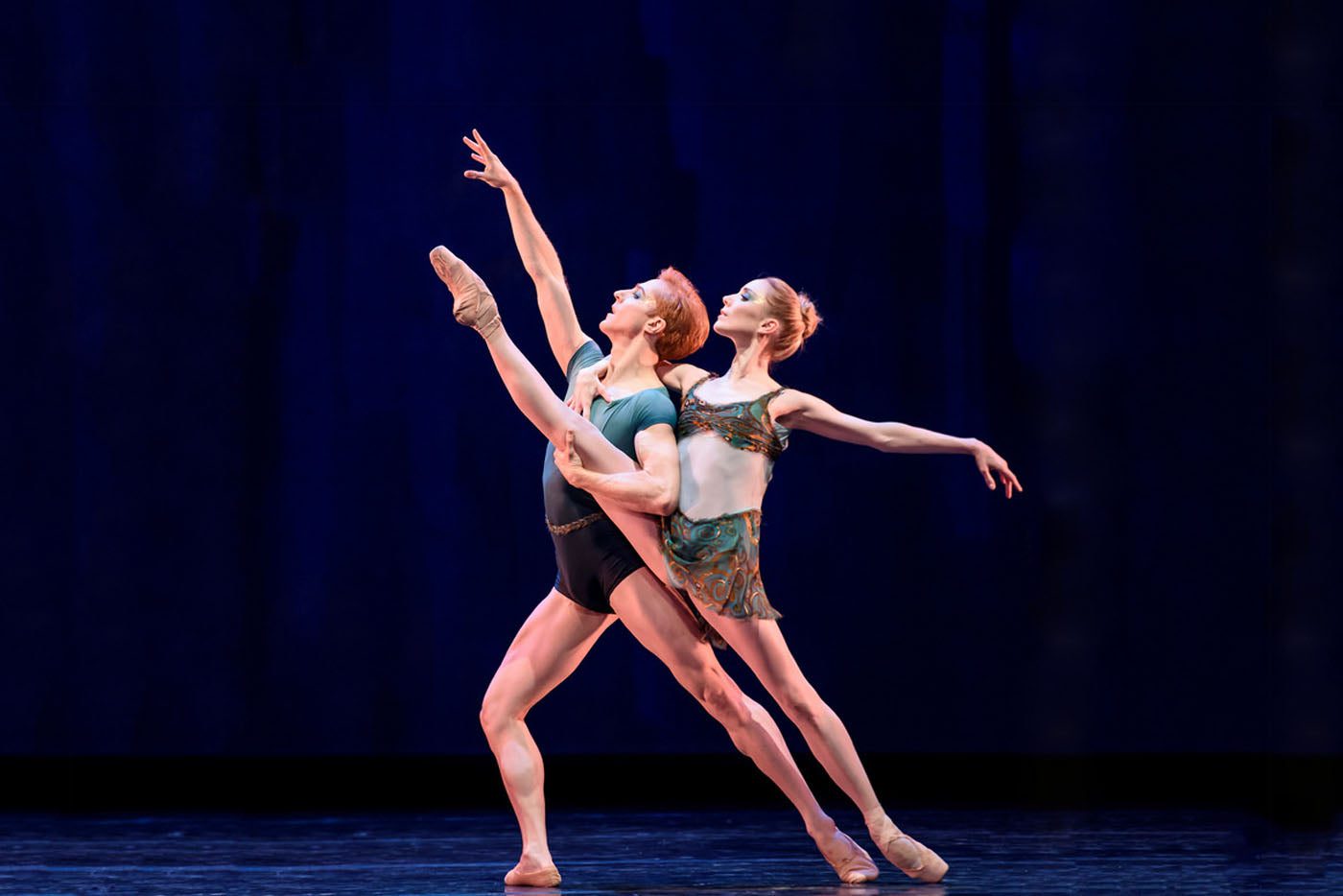 Steven McRae and Sarah Lamb in Christopher Wheeldon's “Within the Golden Hour.” Photograph by by Bill Cooper
Rachel Elderkin·
Reviews
·3

In dance, at least, 2016 had plenty to offer. From the reviews of others, it seems that I missed some of those shows considered the best of the year (poor holiday timing on my part) but I’m hoping that I’ll get another chance to see Michael Keegan-Dolan’s “Swan Lake/Loch na hEala” (a re-working of “Swan Lake”), Akram Khan’s “Giselle” and Matthew Bourne’s latest ballet, “The Red Shoes.” In the end, my favourite shows come down to personal choice so, when looking back through all the performances I have been fortunate to see, these are the ones that jumped out of the list and left, in some form or other, a lasting memory.

Yang Liping’s “Under Siege” was one of those performances that can truly be called a spectacle. From the paper cutter, carefully snipping shapes from the snowy pile before her, to Liping’s fusion of martial arts and contemporary dance (bodies soar through space with impossible elevation) “Under Siege” is visually stunning. At 1 hour and 40 minutes long (no interval, I might add) it needs to be. An abstract retelling of the final Chu-Han battle it is, at times, hard to follow, but the almost cinematic quality of the work, and the combination of ancient and modern, is fascinating.

Due in part to Sadler’s Wells’ Out of Asia season, 2016 brought to London a number of shows by companies from Asia. Those by Shanghai Ballet, “Echoes of Eternity,” and National Ballet of China, “The Peony Pavilion,” were particularly beautiful. Stylistically, the shows were similar which makes it difficult to choose between them. The movement in both has a slow, mesmeric quality, (although this was more pronounced in “Echoes of Eternity”) and this builds a picturesque image that lingers in the memory. Expressive dancing, technical excellence and streams of falling rose petals are clearly a winning formulae.

One of the UK’s leading inclusive dance companies, Candoco Dance Company stood out for me this year. Their touring bill included a new work, “Beheld,” by choreographer Alexander Whitley. Yes, it was technically strong, but “Beheld” stood out for the way that it pushed the choreographic possibilities of the dancer’s bodies. This inventiveness, combined with Whitley’s fluid, intricate movement style made for an engaging work. The bill also included “Set and Reset/Reset,” a restaging of Trisha Brown’s 1983 work “Set and Reset.” The result—a very strong programme.

While it wasn’t a favourite with many critics, Drew McOnie’s first full length production, “Jekyll and Hyde” was one I particularly enjoyed this year. McOnie produced a fun and spirited production with some fantastic dancing from its leads (particularly Daniel Collins as Dr. Jekyll). It may have had some moments to work on, but it was a show full of charm and ambition and deserving of a longer run than its brief week at the Old Vic.

This year, I also saw a number of shows that would generally be considered contemporary circus or physical theatre. More often than not these bordered a number of genres (including contemporary dance) and featured artists trained in multiple disciplines. While not strictly ‘dance,’ these performances still number among my favourites for 2016.

The first I saw was in January, as part of the annual London International Mime Festival. “Tipping Point” by Ockham’s Razor is based upon the discipline of Chinese pole. The physical capabilities of the performers, their playful interaction (even in potentially dangerous situations) and the sheer inventiveness of their feats upon the poles makes for a gripping show as the performers push the tipping points of the poles, and of each other, to their limits.

Another of these was “Institute” by Gecko Theatre Company, a company who combine elements of drama, physical theatre, mime and dance. Played out upon a stage filled with filing cabinets, where the drawers periodically fly open to reveal snippets of memories, “Institute” is a dark, funny and finely tuned portrayal of human emotion.

There’s a level of theatrical inventiveness to these shows that you don’t often get with dance. I’m perfectly happy to watch a beautifully performed, technical dance work—there is so much joy to be found in movement, whether dancing or watching. Yet it’s with a kind of childish delight that I relish those small, unexpected moments of theatrical magic that crop up in these highly physical, but less dance-orientated, shows.

There is one however, that manages to strike a balance between the two. Through dance, song, speech and live music, Arthur Pita’s “The Little Match Girl” presents a witty and imaginative retelling of Hans Cristian Anderson’s tale, led by a host of bizarre but endearing characters. It may be in its third Christmas season at Sadler’s Wells, but this year was the first time I saw it; and it deserves a place among the best of the year.

On the topic of returning shows, it was a pleasure to see Rambert’s samba inspired “A Linha Curva” (Itzik Galili), last performed by the company in 2010. Its infectious Latin American rhythms, vivacious energy and cast of 28 dancers buzz with fiesta spirit—it’s irresistibly joyful.

Kenneth MacMillan’s “The Invitation,” first performed in 1960, is also worth a mention. Sandwiched in a Royal Ballet triple bill between McGregor and Wheeldon, it is an hour long masterpiece of choreography. Dark and disturbing, it perfectly captures MacMillan’s clever, narrative style.

My final choice is not a new work for this year but it is still one of those pieces of 2016 that I could watch again and again. I saw Christopher Wheeldon’s “Within the Golden Hour” twice, on two separate triple bills. Both times I was entranced. Wheeldon’s movement seems to melt into the music (an equally gorgeous score by Ezio Bosso) and the dancers of the Royal Ballet perform it exquisitely, as adept at capturing its languid grace as they are at flying through its quick, spirited sections.

There’s a general vibe that this New Year will be a better one than its predecessor. Let’s hope that proves true but, either way, there’s sure to be plenty more dance to brighten up life in 2017.

Next
A Fair Nutcracker