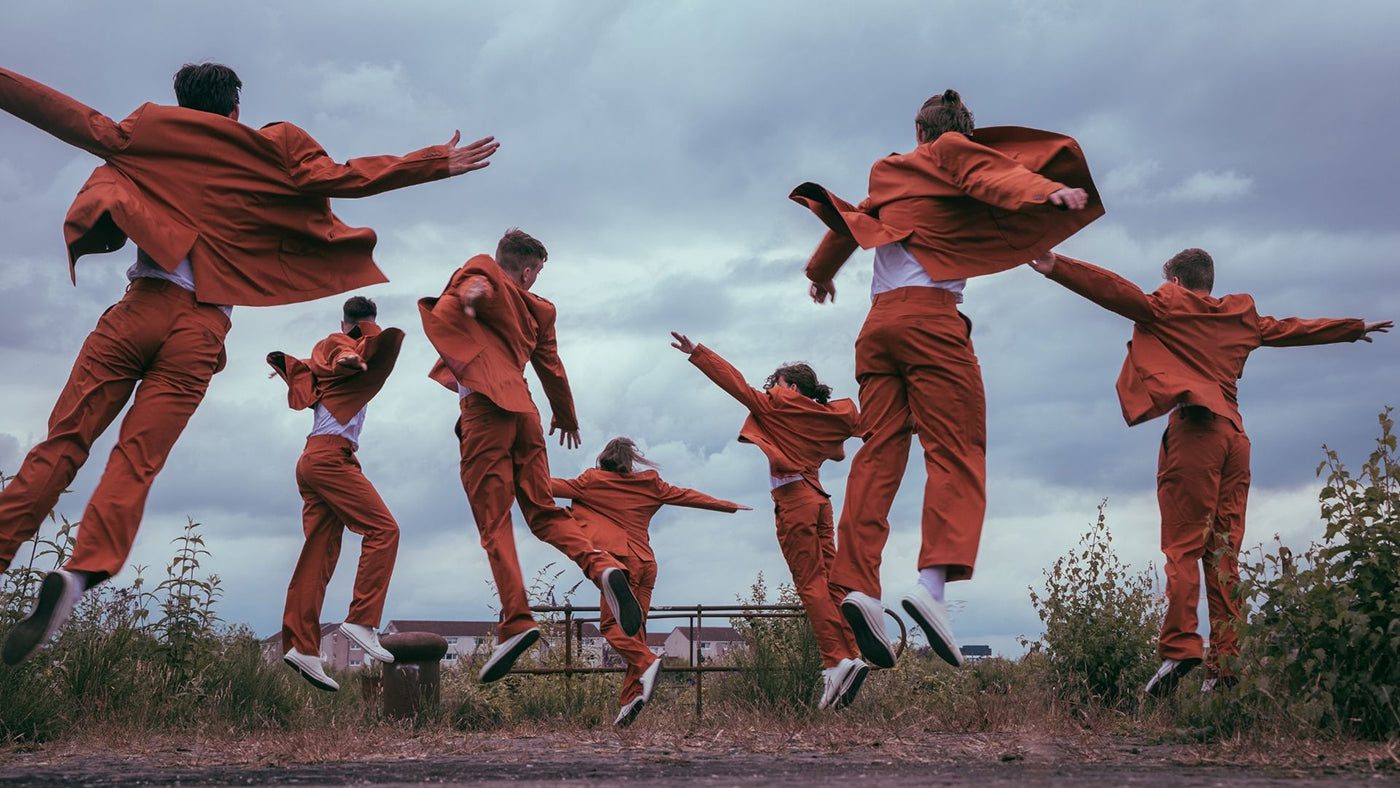 For the Joy of It

There is a lovely egalitarian spirit in Go Dance, the mini-festival at Theatre Royal. It features dancers of all abilities, age groups, backgrounds and body types. Tonight though, it’s mainly focused on emerging dancers, with the exception of established company Inspire (more of whom, later.) Rescheduled due to the pandemic, it’s great to see its return. With family members cheering on their offspring, and dance fans also in attendance, it’s hard not to get swept up in the obvious bonhomie.

There can’t be many dance troupes who rally to the battle cry of “Beetlejuice, Beetlejuice, Beetlejuice!” Yet, such is the case with Unearthed Dance Company, whose title is just that—the phrase Winona Ryder’s character Lydia Deetz used in Tim Burton’s comedy horror film of 1988 to make the titular ghoul appear and wreak havoc on the living. It’s a fun introduction to the evening, with the Edinburgh dancers all sporting those famous stripy monochrome trousers. This is a restless group, grubbing like insects on the floor, performing wild leaps, flips and rolls, and best of all, shaking and sliding to the irresistible Harry Belafonte calypso of “The Banana Boat Song” and “Jump In The Line,” which appear in original and remixed forms. The choreography is uproarious and clever, responding to both the Gothic and silly sides of the film- so there is spooky phrasing where the dancers creep and crawl like ghosts—and jazz era movements, like the camel walk, shimmy and Bob Fosse-inspired undulations. It got me pondering what the collective noun would be for a group of Beetlejuices—a creep, maybe? Who knows, who cares. Unearthed have a bright future.

Next on the bill, the Linda Lowry School of Ballet take a little while to warm up, with their short excerpt of “Le Jardin Anime” from the 19th century romantic ballet “Le Corsaire.” Nerves are evident initially, particularly within the older dancers. At first they seem a little stilted, but as they ease further into the performance, they flourish, particularly with a couple of beautiful solos featuring gorgeous pointe work and grand jetés.

Toxic relationships are the theme of Denny Dance Academy’s piece. The first part of the routine with the young ladies in black shorts and tops and white blouses, feels a little on the nose, as it sees the dancers covering their mouths and falling as though being hit. However, the second part is more imaginative, less linear in its storytelling. Smiling faces and swishing Britney ponytails seem at odds with a piece which is supposed to be about survival—especially as some of the dancers have made-up black eyes. Ultimately, though, they’re a hugely talented team—it’s bolstered by some excellent acrobatic freestyling, and fine reggaeton choreography, which gives it real power.

Dance Inc Studio Centre’s “Retrospect” is an ambitious piece, taking on how dance styles have evolved and have been assimilated through the decades. Tropes from film, TV and pop videos are alluded to. This they do frenetically, from the jazz stylings of their dance to Nature Boy (here, eerily covered by Aurora) through to the slightly awkward Austin Powers-esque60s go-go sequence. They then hurtle full-tilt into the disco era, dancing to Chaka Khan’s “I’m Every Woman” and Sylvester’s “Mighty Real,” where they are most fluid and at ease, despite the girls Hustle-ing in vertiginous spike heels. The boys, meanwhile, are performing in comfortable trainers. Just saying.

Featuring older dancers, some able-bodied and disabled dancers, community dance company Inspire’s “POP” is a masterclass in dancing for sheer joy. There are lovely extensions, arms raised and swooping like birds, and a nice use of golden and silver material as props. The styles range from soft and poignant, more reflective work using climate change as a theme (there’s also a film to accompany the live dancing) to samba rhythms and upbeat ceilidh like tunes. Perhaps tiring of the use of dance anthems, there’s a palpable sense of relief within some of the older audience members, and it’s a clear crowd pleaser.

Overdrive Dance Company’s “Status:Changed” is a nice change of pace—more experimental, alongside the poignant short film from Hayley Earlam and Lucy Wild shot at the Govan Docks. Taking its cue from Shakespeare’s play The Tempest, there is reference to the monologue which proclaims, “the isle is full of noises.” Male dancers, in vibrant orange suits the colour of rust, move like somnambulists, occasionally bumping into each other. When shaken awake, they glide, lift and protect each other, and their hip hop freestyling—particularly the floor spinning—is wonderful to watch. It appears to be a metaphor for our troubled UK, the effects of the pandemic on young men, and the awareness of our human interconnectedness.

right2dance from Paisley bring a fast-paced adaptation of the Peter Pan story, with many different genres blurring into a satisfying whole. There is ballet, hip-hop and contemporary dance on offer here. The characterisation is strong (Wendy and Tinkerbell are given a lot of agency in this version of the story, which is refreshing) and some inventive touches, like a slow-motion sequence where the Darling children square up to the pirates, make the routine smart and modern. In fact, you could say it’s just darling.

Finally, Dance For All take to the floor with a lovely homage to George Gershwin. They are a tight unit, providing gorgeous groupwork, and the requisite slinkiness for the timeless “Rhapsody In Blue.” Particularly effective is the moment  where dancers balance on one leg, while flicking wrists like mechanical puppets, and the witty clapping game incorporated into “I Got Rhythm.” It all culminates in a kinetic, high kicking finale—an absolute joy to watch, and a very gifted ensemble.

Previous
Not All that Glitters is Solid Gold