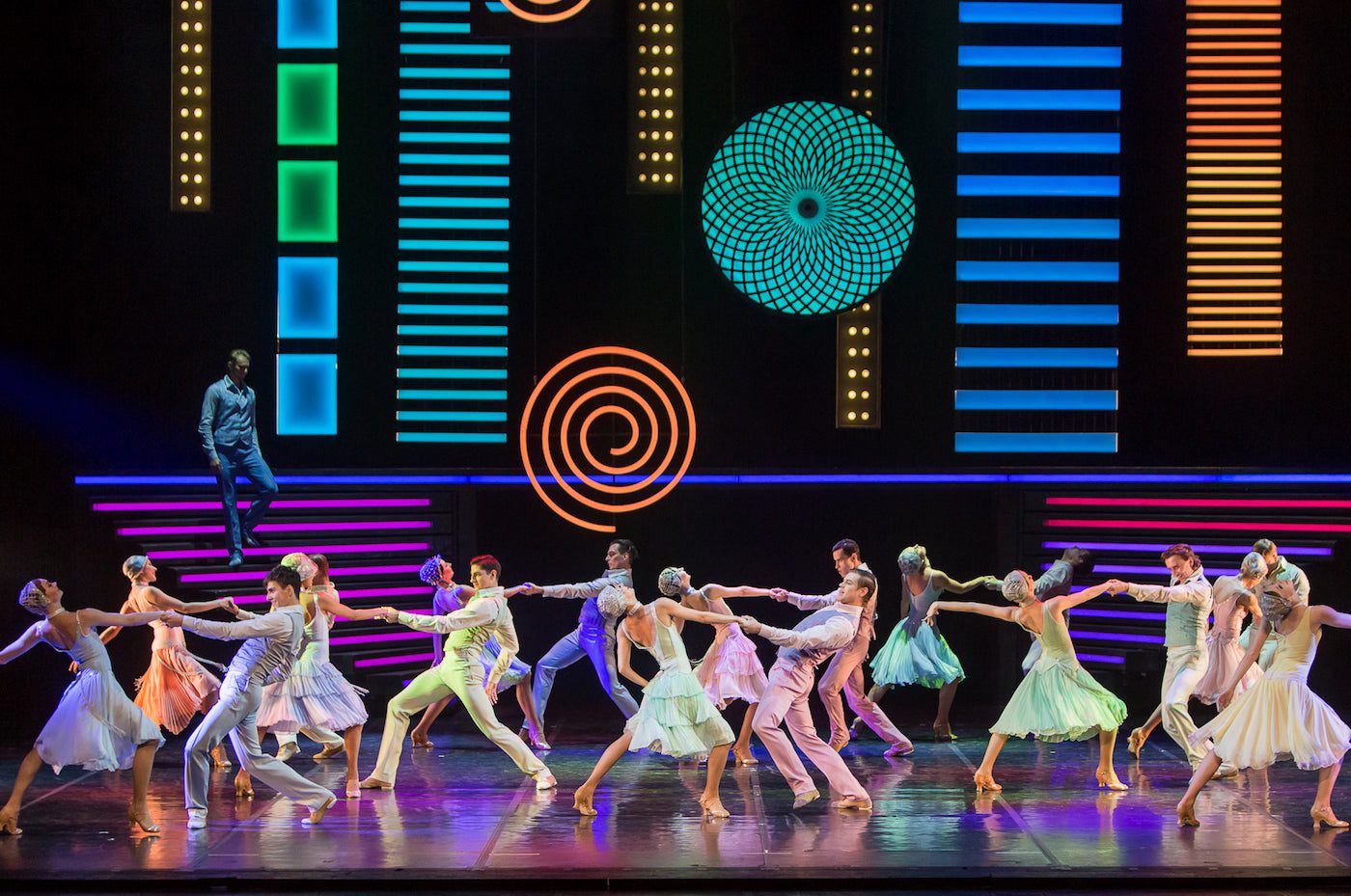 Eifman Ballet's “Up & Down”

F. Scott Fitzgerald’s Tender Is the Night charts the turbulent romance between a woman beleaguered by psychosis (Nicole) and a man fixated on saving her (Dick)—a relationship modelled on the author’s marriage to Zelda Sayre Fitzgerald. Drama erupts: there’s incest, alcoholism, corruptive wealth and more, much of it arising from Dick’s dual role as Nicole’s husband and her psychoanalyst. Factor in the heady setting—a glam expat resort in 1920s France —and it’s rich material for a stage production.

Unfortunately, “Up & Down,” a 2015 reworking from Boris Eifman, founder of Eifman Ballet, one of Russia’s major contemporary troupes, fails to capture the verve or introspection of its source material. Eifman’s offering is a hollow spectacle, unwieldy in its storytelling and woefully insensitive in its portrayal of mental illness.

The trouble starts with the form, a patchwork of fleeting scenes stitched together by snippets of Gershwin, Schubert and Berg. It’s enough to get across the broad strokes of the narrative, but the incoherence is off-putting. Abrupt finishes and awkward transitions abound, giving the impression that scenes have been devised individually and assembled at the last minute, with little regard for order or context. A generous critic might interpret this disjointedness as a reflection of the characters’ emotional instability—the up and down that gives the ballet its title—but it feels more to me like poor plotting.

Almost all of the protagonists’ dance happens in service of the plot, leaving little time for character development, though Oleg Gabyshev and Lyubov Andreyeva do what they can to coax out the psyches motivating Dick and Nicole. Gabyshev is athletic and exacting, a confident social climber, while Andreyeva favours a looser, more fitful bearing that hints at her neuroses. There’s a great deal of imaginative choreography at hand, particularly in Andreyeva’s solo phrases, but the clipped pacing rarely lets her articulate Eifman’s sinuous, supple shapes: no sooner does she strike a dramatic pose than she’s set off into another contortion.

The company sequences likewise lack fluidity. Gussied up by turn as club-goers, fashionistas, and sunbathers, the corps reel off can-can lines, swing dances and more, but there’s a baffling amount of futzing in between their jives. These numbers are clearly intended as showstoppers but seldom dazzle.

The show strikes its lowest note during its interludes in the psych ward, populated by loopy, gormless caricatures of the mentally infirm—crazies in a loony bin, essentially. There’s one who clings to a puppet, another who compulsively pulls his pants down, a third who convulses and tugs at a noose around his neck. In between shock treatments from Dick, these grinning dopes galumph around in goofy jigs, including a cringe-inducing prance to “Rhapsody in Blue.” There’s little subtlety and even less sensitivity.

“Up & Down” isn’t without strengths. The stage design is smart, with zippy lights and art deco panels that rise to reveal the horrors lurking in our protagonists’ minds. And there are a few eye-grabbing scenes, not least the quick-fire vignette in which the corps, playing Hollywood execs, film an adventure movie then reassemble as an audience watching it on the silver screen. But bewildering directorial decisions outnumber these assets. Why is there no effort to make Nicole’s father appear any older than his daughter? Where is the exposition to explain the man she so swiftly falls for in the second act? Why gloss over the plot points that spur Dick to crumble and Nicole to improve?

The ballet’s few highlights are not enough to redeem it. Like its protagonist, who ends up as a patient in his own hospital, it appears beyond salvation.

Next
A Note on Movement