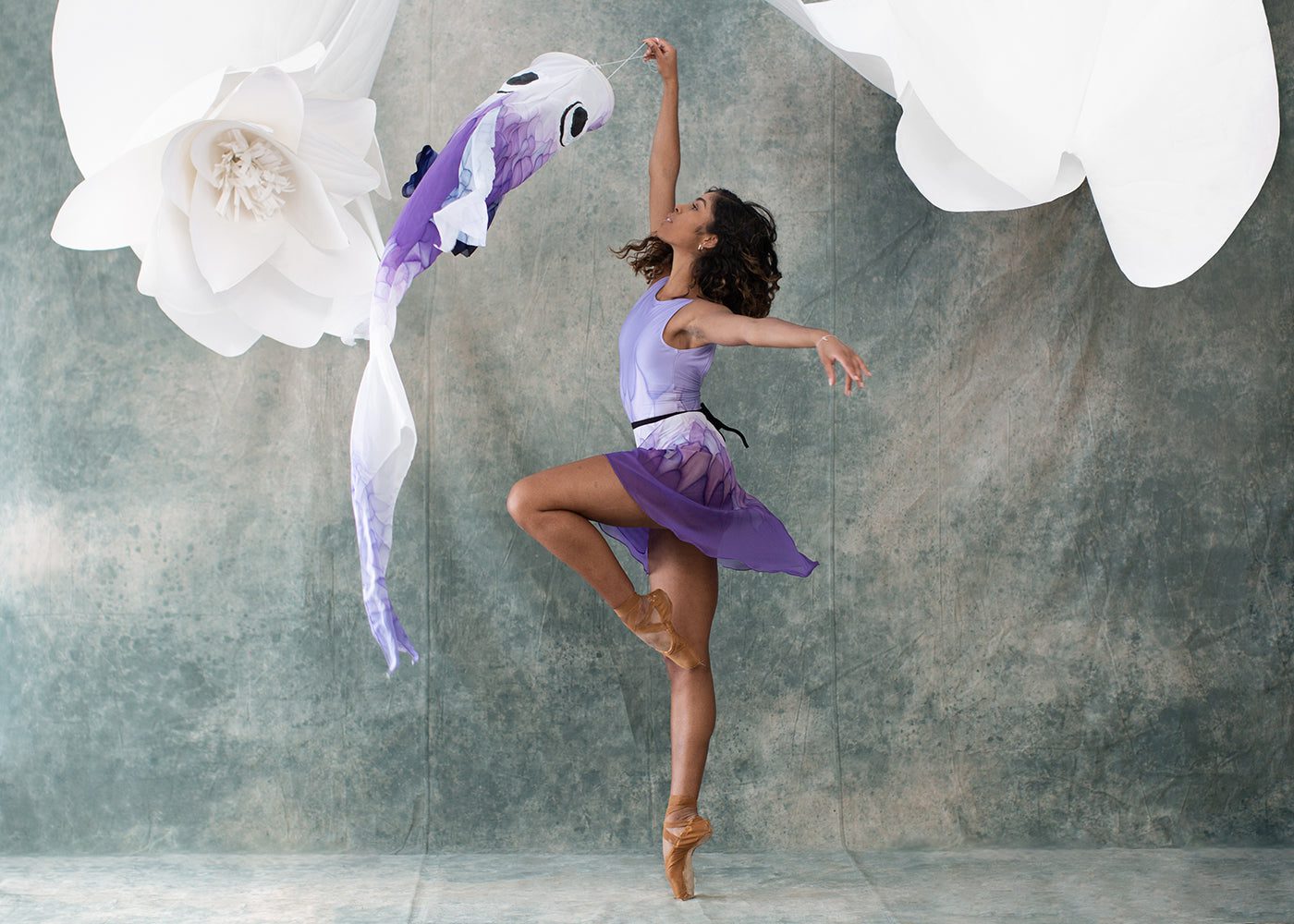 Designed by Alice dives into dancewear

Designed by Alice has been a go-to for dancers for whimsical ballet skirts, and luxurious handmade accessories such as silk scarves and scrunchies. DBA has just released a bodysuit in the signature Somefish design, a jewel-toned watercolour reminiscent of the sea. We caught up with Alice Williamson, the talent behind the label, to chat about the new line, running a business during the pandemic, and her creative projects.

“The bodysuit has been five years in the making,” says the UK-based designer and dancer. Usually busy juggling an array of creative projects, lockdown gave Williamson a chance to revisit the bodysuit, a project which she started several years ago.

Inspired by the sea, the Somefish bodysuit is made from recycled plastic bottles, fished out of the oceans they pollute. “It’s always been important to me that I avoid making ‘stuff’,” she says. The sustainable material offers two-way stretch as well as being resistant to chlorine, UV and oils so would-be mermaids can enjoy a day at the beach or working out in the studio.

Williamson, a classically trained dancer who performed for over a decade with dance companies in the UK, started DBA in 2010. Wanting to expand her creative horizons, the label began as an umbrella for her creative talents, including design and illustration. She quickly branched out into multi-disciplinary projects, residencies and commissions spanning dance, photography, film and design.​

Her motto might be expect the unexpected: Williamson’s projects include choreographing for robots at Harvard’s ArtLab, choreographing, directing and designing costumes for “Skeleton Song” by critically acclaimed singer and composer Ana Silvera, making soft toys for JellyCat, and photographing for Vogue Italia with dancer Juliet Burnett.

Coming into her eleventh year of Designed by Alice, she says, it’s become her “main thing,” no longer a side-hustle or creative outlet. “As a designer, I want to create pieces that collaborate with the human body,” she writes on her Instagram. Fans of the brand can look forward to an expanding presence in and beyond the dance studio.

Somefish bodysuits are currently available to pre-order on Designed by Alice.