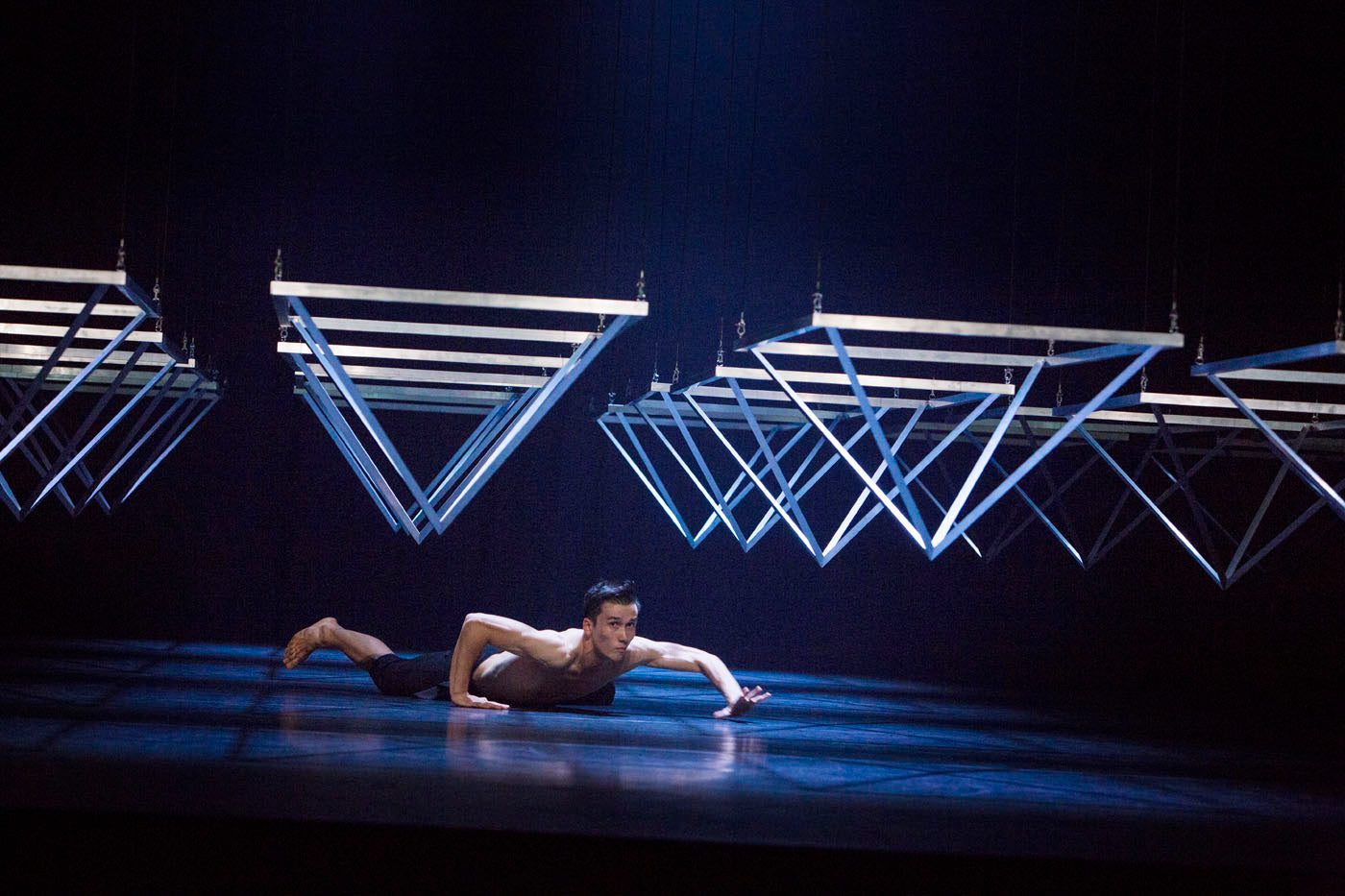 “Can an intelligent being comprehend the instructions to make itself?” This is one of the questions at the heart of “Autobiography,” Wayne McGregor’s newest work and the latest in a line of ventures reflecting his fascination with science, particularly genetics. (Just this summer the choreographer teamed up with the Genetics Clinic of the Future to have his entire genome sequenced.) Here ten dancers from McGregor’s London-based company probe his personal memories as well as his actual genetic code to weave a helix of memory, contemplation and speculation.

The work plays on the idea of the body as an archive, uniting the personal and the abstract in signature McGregor fashion. Resisting the typical approach to autobiography—distilling your life into a few defining achievements and presenting them with a commemorative glaze—McGregor opts to depict “a mutable present playing out unrepeatably moment to moment.” The production doesn’t reveal much of the man himself, but it does cover a telling variety of moods, taking in agitation, empowerment, meditation and more, all refracted through brisk, winding choreography.

It’s a dense idea with a dense execution: the show is 80 minutes, with no break, and its choreography changes every night. (As dramaturg Uzma Hameed explains in the programme: “For each iteration of the piece, the computer randomly selects a different section of code from [McGregor’s] genome to determine which material the audience will see, performed by which dancers and in what order.”) Across its many phrases and groupings there’s lots to look at and lots to get lost in, but also lots to miss, as so much of legwork is conceptual. Do you need a full set of programme notes to appreciate this work? Not necessarily, but it helps.

The iteration I saw started with a powerful male solo, the dancer’s torso ribboning as he waved and wormed his way around stage, piercing his deft undulations with sudden drops and the odd classical pose. The rest of the cast joined him for a punchy group number set to thumping club music, and from here they doled out a succession of scenes disparate in both style and soundtrack: cartwheels and slides to wailing electronica, pensive partnering aflutter with jungle noises, elegant poses to match courtly strings, a series of solos motored by whip-fast shakes and eye-grabbing extensions.

Even in its variety, the dancing is by and large silkier than McGregor’s usual spine-jolting fare. In one mesmerising scene the cast sauntered in squares to the sultry tishes of a jazz cymbal; another saw them wind their way through a geometric cage of neon lights. The company’s elasticity, both physical and stylistic, is put to the test, and they don’t disappoint.

But while many individual scenes impress, their random assembly prompts some grating juxtapositions. The blackouts stringing them together are often incongruous with the material at hand, and some dancers strained against these graceless tonal shifts, struggling to shake off their cool when the choreography veered from stately to helter-skelter.

Having “Autobiography’s” hodgepodge of styles and moods coalesce in service of a single idea —and an intriguing one at that—sadly isn’t enough to render this production coherent. The show is forward-looking, yes, but ultimately limited by its own ambition.

Next
Fearless at Forty