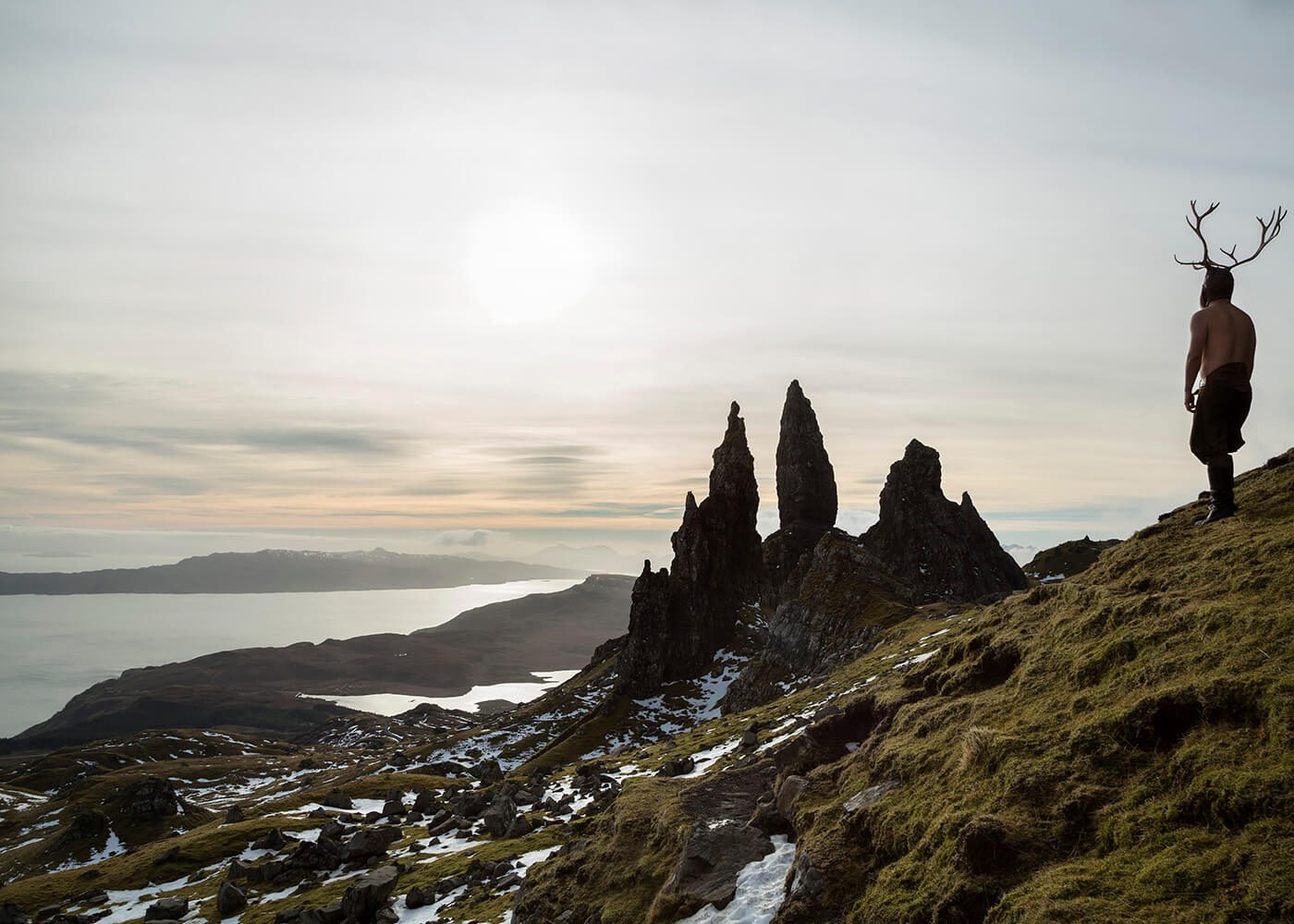 Exploring ritual and dance in The Ferryman, a film by Gilles Delmas & Damien Jalet

Belgian-French choreographer, dancer and performer Damien Jalet’s extraordinary works seem to be not quite of this Earth: they are comprised of a not altogether human landscape, a liminal space of knotted limbs. His complex choreography creates a fleshy mass that means his dancers are more akin to animals. He others the corporeal, wherein it often becomes hard to differentiate between plant and mammal. Bodies entwine and hands grasp like pincers or gnarled tree branches. At times, the spectator is reminded of paintings, either from Goya who referenced the horrors of civil war, or Francis Bacon’s Screaming Popes. This is uncomfortable, visceral work that sits in the marrow.

Shot in Bali, Japan and Scotland, and within the plush interiors of the Louvre in Paris, this stunning film from Jalet and director/cinematographer Gilles Delmas creates a rich context for Jalet, by exploring the culture, philosophy and rituals that inform his work. It works like a puzzle which is solved exponentially, as scenes are initially presented in shortform, then later developed. A mysterious half deer, half human form, Cernunnos, traverses through forests, over seas, and across mountains and volcanic lands, and as a visual metaphor, through stages of life. Mythology and spirituality is a backbone to Jalet’s most celebrated pieces—fur, feather, the fleece that covers, masks that both conceal and reveal. Fertility, death and rebirth rituals give shape to our lives; a look at the permanent (art) and impermanent (life).

Legendary performance artist Marina Abramovic, half seen and in contemplative voiceocer, asks, “What is the human body the vessel for? The rising consciousness that can finally transcend instincts?” Later, she adds, “All dances are an attempt to unleash (knowledge).” Jalet’s dances ask such questions, they interrogate the body’s uses, dynamics, interactions and limitations. “Vessel” is a disquieting piece where bodies crouch and slot together becoming one unit, covered in an oozing gloop like amniotic fluid, or semen.

Cock fighting and the sacrifice of a pig are two of the most disturbing sequences here, and yet such practice is quotidian, the latter, symbolic of purification. Balinese and Japanese traditional dance and ceremonies also feature heavily, including, in the former, trance dances with fans and bells said to invoke several spirits, and in the latter, a painted bowed head in more satirical play—dance as subversion.

Such works are referenced in Jalet’s pieces, with themes of universality, rooted in the global village. In one extract from “Inked,” a soloist creates art on the ground, wildly thrashing out shapes and circular motions, like a cave painter documenting life.

In “Bolero,” he collaborates with choreographer Sidi Larbi Cherkaoui and the dancers, moving like whirling dervishes, are almost reduced to skeletal sculptures. Meanwhile “Les Meduses/Zikhr,” performed in the Louvre, transition into more growling, feral animal movement with bodies that seem primed for attack. Dancers in white rags emulate with precision the many armed deities of Hinduism such as Kali and Vishnu (indeed, Kali is often depicted dancing on Shiva, her consort.)

“Yama” is also referenced throughout the film. Scottish Dance Theatre seem like primordial creatures in rags, heads obscured as they emerge from a hole in the ground, juddering in time to Winter Family’s jarring soundtrack of drones and hums like a wild kaleidoscope.

This is dance taken from the upper echelons of society, from courts and temples, from kings and the elite into everyday places where crowds can congregate, watching as one. Jalet’s impetus is to bring dance which was once considered esoteric to anyone and everyone. One day in the foreseeable future, hopefully, when all of these tough times of quarantine are over, we can appreciate once more the collective, living, breathing experience of seeing dance live. For now, this incredible film and the genius of Damien Jalet is a wonderful reminder of dance’s power to transcend what is expected, bursting into technicolour like the most beautiful and rare exotic flowers. But beware, they have thorns and poisonous leaves.