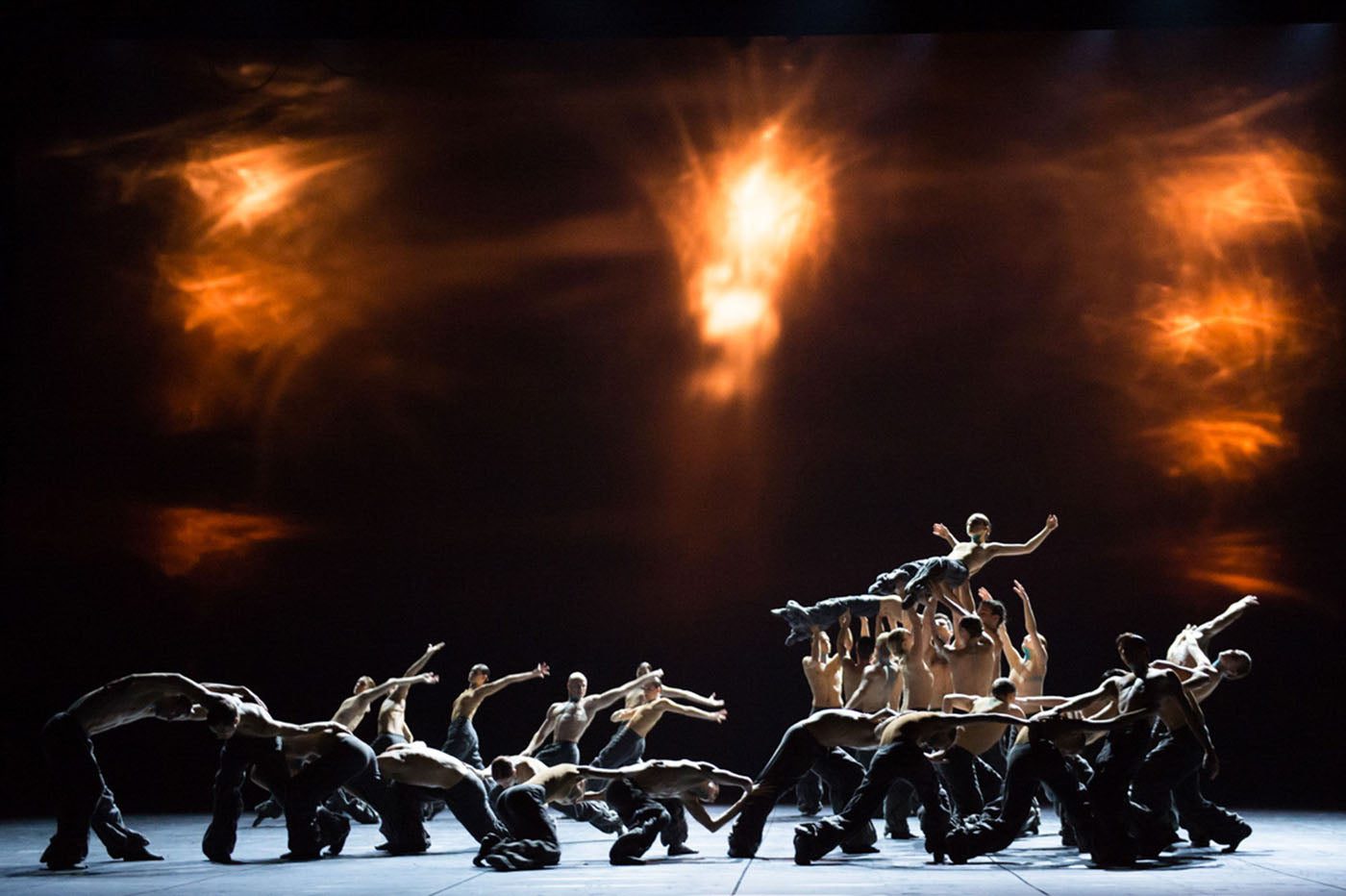 The premiere of the new ballet season celebrated the Paris corps de ballet with a triple bill dedicated to its century-long grandeur. Yet the traditional défilé—a grandiose opening—looked at odds with the following minimalist pieces. Versatility or schizophrenia? The 300-year old company still suffers from identity disorders. Tino Seghal’s “Sans Titre” (untitled piece) was the most obvious warning sign of such disarray. One can only hope that erratic mixed bills will soon be gone with the wind.

It was long said that the Paris Opera Ballet had the best corps in the world. Then Benjamin Millepied took the company by storm, stating that the level wasn’t exactly what it was thought to be anymore, which caused much turmoil in Palais Garnier’s well-established hierarchy. He meant to challenge the dancers with intricate neoclassical vocabulary and new American influences. And he did so, scheduling several mixed bills. Most programs proved uneven and it wasn’t clear how the artistic director could enhance the company’s stamina without full length ballets. It seems that Crystal Pite and William Forsythe have just succeeded in injecting life through the company’s icy veins; veins that Millepied was accused of severing. Choreographing her first piece for the Paris Opera Ballet, Pite restored the unity and unicity of the famous corps de ballet, beating with one heart and moving as one on stage. But only a thoughtful classical piece would reconcile the company with its inner identity.

Crystal Pite’s “The Seasons’ Canon” steals the show from Peck’s “In Creases” and Forsythe’s “Blake Works.” Justin Peck’s “In Creases” invigorated a dull evening last Spring. Its metronomic musicality and geometrical shapes were virtually new to the Paris audience. Sadly, its original thrilling effect had vanished the night of the season’s premiere. Philip Glass’ heady Four Movements for Two Pianos sounded lifeless and dancers responded accordingly, with unintended dissonance. In contrast, “Blake Works I” read like a certificate of good health (male soloists, above all, show world-class charisma) but it didn’t make much sense as an appetizer to Crystal Pite’s “The Seasons’ Canon.” Trying to describe that enigmatic tailor-made piece, I found myself referring to antonyms: ataraxia and anxiety, surrender and rebellion, primitive and futuristic, fragile and powerful. It’s humanity from the depths of time.

“The Seasons’ Canon’s” essence is primitive, fused to a supernatural world. Jay Gower Taylor and Tom Visser’s background is inspired by a “ let there be light” spirit. The ever-changing virtual haze—floating aurora borealis in copper tones—bathed the audience in a state of genesis. Such picture was strikingly beautiful but disturbing as well, the mystery of existence made visible.

For all its original features, the 35-minute long ballet follows fashion trends. Baggy combat trousers and sheer nude tops, tribal blue paintings on the throat, are deep-rooted features of our time. It is 21st century post-minimalist, drawing its inspiration from mineral life and an idealized state of nature. Its four tableaux capture the essence of life, with its unalterable seasons, from dawning to fading light, birth and death. Its pulsing energy comes from the bowels of the earth and the human being feels irremediably vulnerable, at the mercy of larger-than-life forces. Pite certainly knows how to stage mass ensemble. She claims macroscopic level reading of dance, collectivism made flesh. 50 dancers all gather in an ever-moving organic colossus an it’s aesthetically stunning. The fluidity of the moves suggests an underwater world while solos and duos rather embody attempts to reach individual freedom, above the surface. But whenever one of them tries to escape their condition, they get swallowed up by the ectoplasmic collective creature. Among lucky principals who were chosen for rare spotlight solos, Marie-Agnès Gillot is a regal jellyfish queen, arms like tentacles, whose pain is ingrained in her every haunting move. Pite noticed François Alu’s virtuosity, which she emphasized in a tempestuous solo, set to Summer of The Four Seasons.

A crowd-pleaser, Max Richter’s clever take on Vivaldi’s The Four Seasons isn’t out of place in the success of Pite’s “Seasons.” Its ambient mist of strings, melancholic violin solos and electronic feel add to the sense of an out-of-world atmosphere, toned down by the familiarity of Vivaldi’s sensorial score.

The choreographic impulse recalls Pina Bausch’s “Rite of Spring,” infused with large-scale patterns that Maurice Béjart held dear. But while the “Rite of Spring” staged a virgin sacrifice, “The Seasons’ Canon” finds strength in unity.

The winter movement is a standout moment. Eerie strings and snowflakes fall provide an ethereal setting for the last scene. In a last desperate attempt to escape their own condition, the dancers split in army-organized ranks, beating on, boats against the current, only to be brought back to where they come from.

A British Columbia native, born and bred in wild landscapes, Crystal Pite might have been influenced by transcendentalism. “The Seasons’ Canon” advocates for the power of natural forces, highlighting human vulnerability. Whether the piece foretells the rise or the fall of the renowned corps de ballet is in the dancers’ hands. Aurélie Dupont’s tenure is expected to restore the classical DNA of the company. “The Seasons’ Canon,” a beautiful passing meteorite, isn’t likely to help achieving such goal.