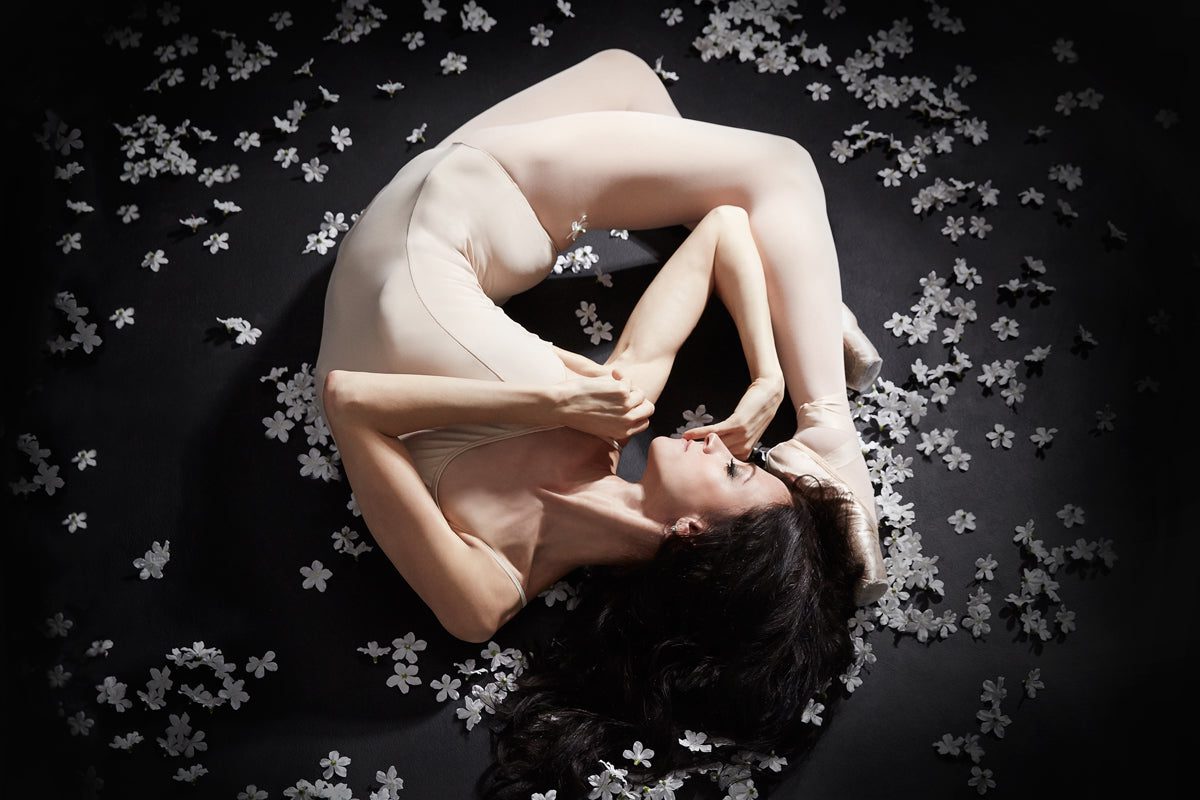 A day before Halloween, and Anastasia Adani doesn’t have a costume. “We’re going trick-or-treating anyway. I don’t know how I haven’t been fired as a wife and a mother—I’m here all the time,” she says, gesturing to one of three cavernous studios, home to her creative agency, A Plus Creative. Ms. Adani is the visionary behind the short film Lost in a Dream, featuring principal dancer Svetlana Lunkina. The film, evoking the ethereal, fairy-tale romanticism of the ballet, was made in collaboration with the National Ballet of Canada, and Toronto-based fashion designer David Dixon.

“I was a student at the Academy with Svetlana; we were in the same class,” Ms. Adani explains. Petite and striking, it’s easy to picture her on stage. “Svetlana was always exceptional; and she was so dedicated” she defers, noting that many dancers from her class went on to achieve high ranks within the Bolshoi Ballet. “The discipline was intense—nothing was ever good enough.” She graduated from the prestigious Moscow Choreographic Academy, but her dancing career evaporated, having operations to restore both her knees.

Her father, a life-long painter, remains a primary source of inspiration. He asked her whether she might like to try something else other than ballet—a simple question, but a pinprick to the ballet bubble, providing the impetus to go to architecture school in Moscow. The transition wasn’t entirely painless. The school was across the street from the Academy. “I couldn’t look at it; I couldn’t listen to classical music for a long time.” Shortly after her family immigrated to Canada, Ms. Adani found her way from architecture to art and design. “I was lucky to be able to skip ahead a few levels. I was hired as an art director right out of school.”

She ultimately landed a job with creative agency TC Transcontinental, in Toronto. She speaks generously of her colleagues; her own success is to be inferred, in her repose, in her magnanimity. After several successful years with the agency, something wasn’t right. “I was too comfortable,” she says, a faintly balletic sentiment: after all, to perform is to take a risk. To the disbelief of her colleagues, she resigned. She describes leaving the building, carrying her orchid, thinking ‘what have I done?’ when her colleagues stood in ovation, cheering and banging on the dividing glass wall. “It was like thunder,” she recalls, eyes shining.

Having leapt into oblivion, the future was uncertain. Then a client called. Determined to work with her despite her recent resignation, they astutely inquired whether she had a company registered. The name reflects her collaborative focus: “A is my initial, and the plus is for collaboration, so A Plus Creative.”

“I was a little bit bitter,” she recalls feeling at the conclusion of her ballet years, ”I thought, well that was a perfect waste of my youth!” She smiles, brushing her mane to one side. Dance has a clear legacy in her work, aesthetically rich, passionate and refined; the playful sense of timing just clinches it. Working with dancers, she has the advantage, too: “We speak the same language.” On set, she is able to offer the kind of feedback dancers usually seek in the mirror.

On fashion shoots, she likes to get the models moving. “Sometimes I’ll dance in front of them,” she says with a lighthearted shrug; or was that épaulement? We view a campaign taking denim to its stretchy extreme. The model freestyles in jet-black pointe shoes. “It comes from the heart, doesn’t it?” It seems like we’re talking about deeper truths. She travels in this direction once more, when I ask what she wants for the future: “for it all to make sense,” she answers.

Things already seem to be adding up. At two and a half years old, the agency is blossoming. Her bright and talented team can seemingly do the impossible: Lost in a Dream was filmed in just one day, and the result warranted an early release from the National Ballet of Canada. It’s not all work. “We have crazy dance-offs,” she laughs.

Next
Energy to Burn