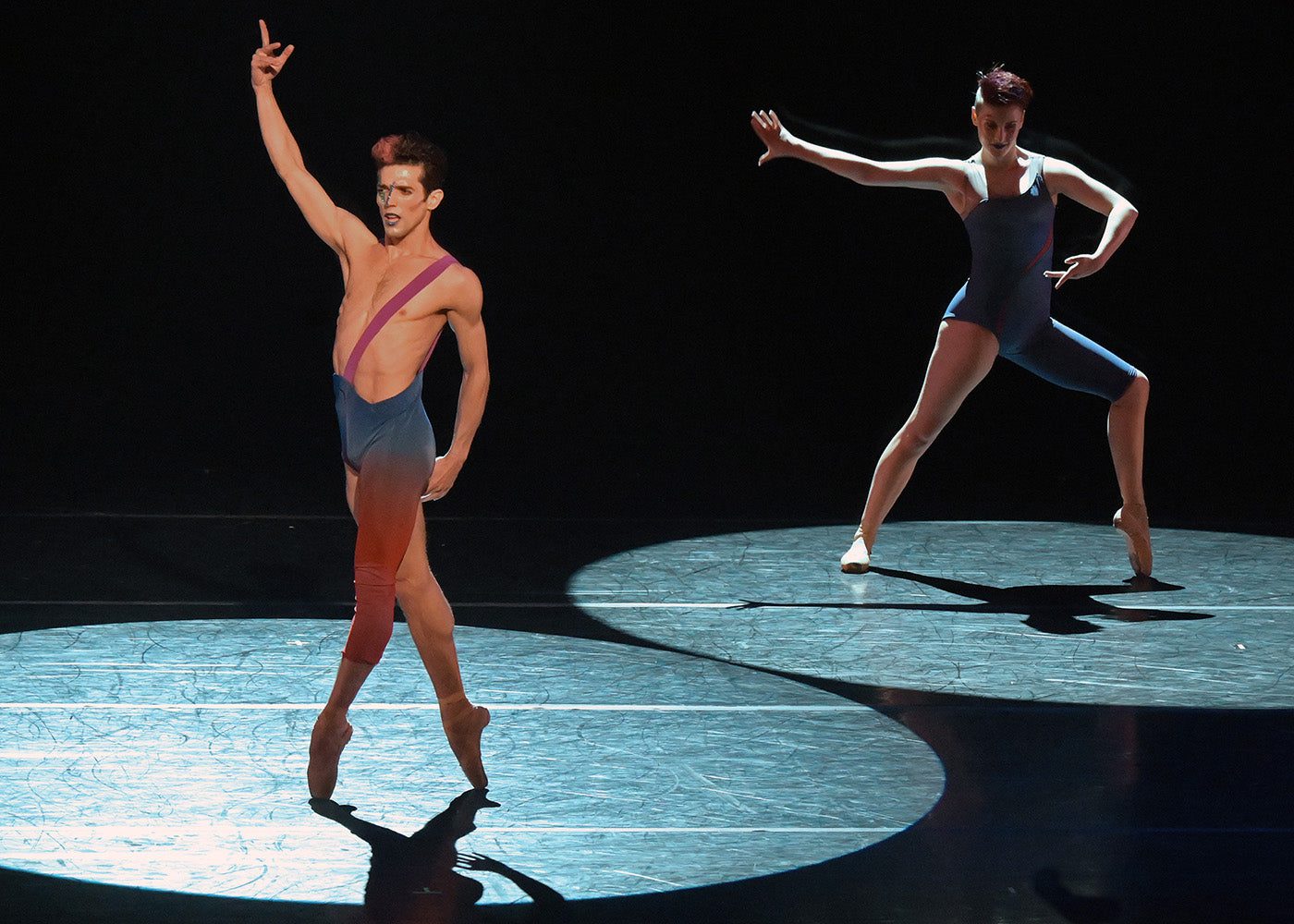 As it approaches the 30-year mark, New York-based Complexions Contemporary Ballet, which was co-founded in 1994 by Dwight Rhoden and Desmond Richardson (both former Alvin Ailey dancers), the troupe is at the top of its game—and then some, if that’s even possible. But seeing is believing, and watching the 15-member company on Friday night at the Wallis Annenberg Center for the Performing Arts, proved an enlightening experience on multiple levels. (The troupe will also be at the Irvine Barclay Theatre April 29.)

Can we talk power, technique, style and, well, terpsichorean oomph? We can, as the troupe served up the West Coast premiere of “Snatched Back From the Edges” (2021) and the eternal crowd-pleaser, “StarDust,” a balletic tribute to the late great David Bowie. Both numbers were choreographed by Rhoden, who described the former as a piece that “celebrates the strength and resilience of humanity.”

Indeed! Created during the pandemic (when, oh, when will this word become history, we ask, though living with it and once again being able to see live dance is something we can at least now be grateful for), the work was initially presented as a film dubbed, “Black is Beautiful.” Add into the mix the themes of gun violence, racial inequity and social struggles, and the dance, noted Rhoden, was “inspired by the pain, tenacity and advocacy for change—that inner strength that continues to propel the world forward—through it all.”

Choosing, thankfully, to hone in on the über-emotional aspects of these issues instead of political literalizations, Rhoden also opted for a cornucopia of a score, heard on tape and set to tunes that included a jazzy rendition of, yes, a Chopin etude as performed and arranged by Grammy Award-winning Jon Batiste, a Shirley Caesar-sung “Satan, We’re Gonna Tear Your Kingdom Down” and a spoken word number, “Work It Out (Live)” by Tye Tribbett. Adding more punch to an already tangy musical brew, the opening bars of “My Country Tis of Thee” also made a brief aural appearance.

Cool, but about the dance: Including nods to various periods of time in 2020 when life was at a low ebb, the moves did nothing less than mesmerize, the choreography also allowing slivers of hope to reign: Whether deploying slinky, hyperphysical unisons, sky-high extensions or showing off angled stances, the dancers were the epitome of what Einstein once referred to as, “athletes of God.” Standouts were the androgynous and statuesque Jillian Davis, a human torpedo, her destination sure to wreck hearts with bravado. When paired with Brandon Gray, another super stunner, the couple displayed magnificent lines and total command of the stage, while Gray’s teaming with Larissa Gerszke, the duo looking heavenward, their bodies near fused in their alignment, also soared.

Rhoden, mixing things up like a Michelin chef, made use of social dance, the rhythmic thrust of hip-hop and that balletic staple, blissful bourrées. Jaw-dropping solos and a series of exuberant entrances and exits punctuated the piece, with Tim Stickney, Thomas Dilley and Simon Plant intensifying the ripped testosterone factor. April Watson, Jacopo Calvo and Zion Pradier proved an architecturally splendid trio, while throughout the number, the gals were lusciously clad in Christine Darch’s colorful leotards and the bare-chested dudes, in, well, uni-leggings, which accentuated muscled shins—along with calves and thighs.

And so the sizzle continued: With evening-length jukebox dance works such as Twyla Tharp’s “Movin’ Out” and Alberta Ballet making use of Joni Mitchell music for “The Fiddle and the Drum,” it seemed only a matter of time before an artistic director would turn to David Bowie for creative juice. And while not yet a two-act performance, Rhoden’s “StarDust,” at some 40 minutes, is intended to be the first installment of just such a work.

Seen on the West Coast at the Music Center’s Dorothy Chandler Pavilion in 2018, the piece bowed in Detroit months after Bowie died in 2016. Decidedly gender fluid and featuring Darch’s glam-rock costumes and Bowie-inspired makeup, the opus is set to a potpourri of hits, including “Life on Mars “1984” and “Young Americans.”

With different company members lip-syncing to this multitude of tunes—often with shimmery gold lamé curtains as a backdrop—the mood amped up accordingly. And talk about strutting and ‘tude—on toe shoes, no less—Serafin Castro proved that eccentrics don’t only exist in “Space Oddity,” while the entire work, with its cast of otherworld-like creatures, would have, no doubt, made Bowie proud.

Various pairings also included male/male duets, with Dilley and Vincenzo Di Primo giving new meaning to star power, while Davis and Gray oozed high-octane heat. With their sculptured bodies glistening under Michael Korsch’s lighting design, who provided illumination for the opening number, as well, other notables also brought joy, intensity and high caliber sashaying to the legacy of Bowie: Joe Gonzalez lead the charge in “Changes;” and Miguel Solano showed us all about “Modern Love.”

But no Bowie spectacular, especially one manifested in movement, would be complete without “Let’s Dance,” Rhoden elected to go with the iconic song as a rousing encore, delivering it with gorgeous gusto. In short, Complexions Contemporary Ballet, with its multi-ethnic cast, its finger on the pulse of all that is hip and Richardson and Rhoden fueling them on, is precisely what we need in these desperately difficult times. Why not, then, “put on your red shoes and dance the blues . . .”

Next
Raucous and Wrenching