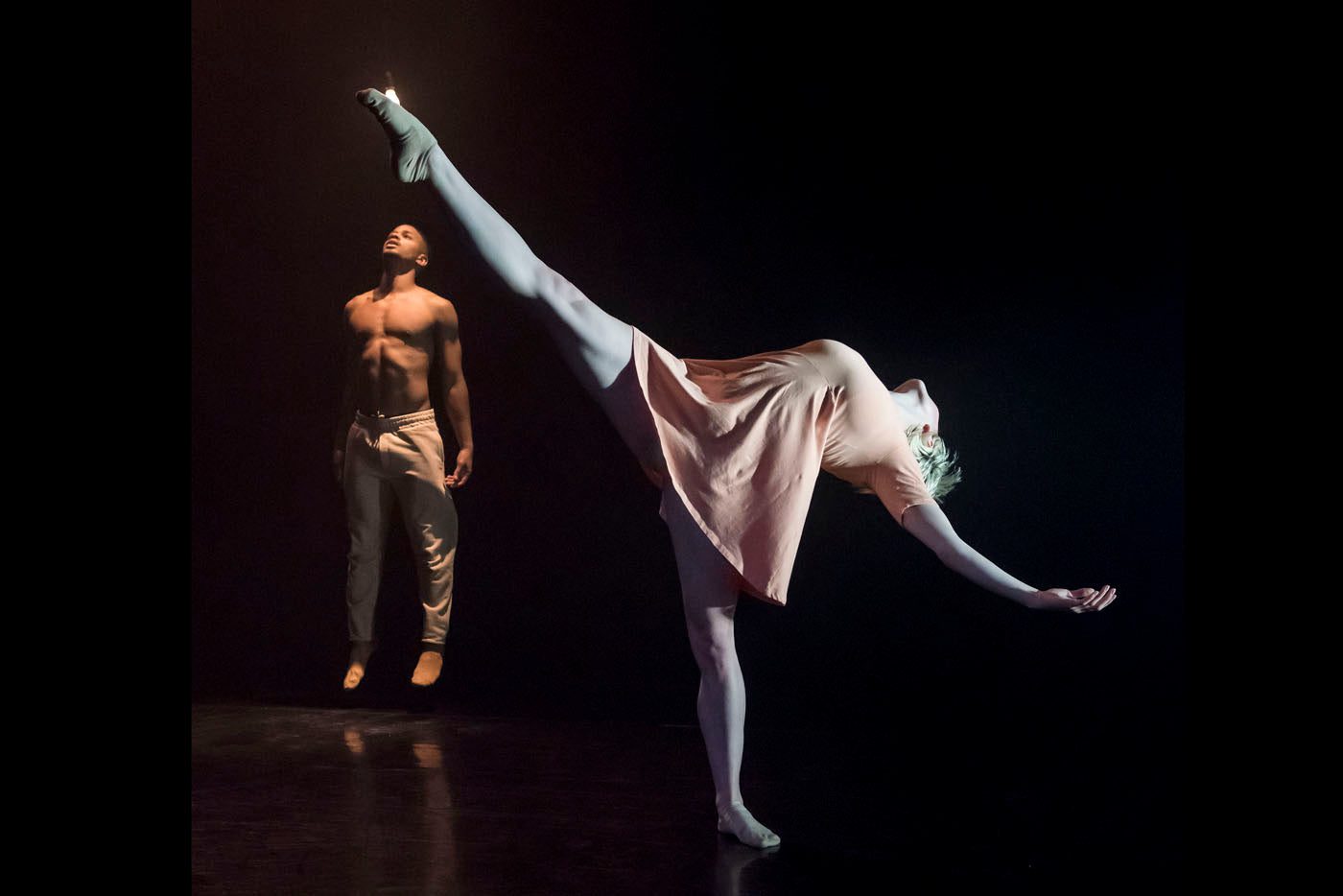 Mental illness isn’t a common subject matter for dance, but then again Company Chameleon isn’t your average dance troupe. The Manchester-based company dedicates itself to showing people the possibilities of dance both on stage and off, frequently complementing its performances with public workshops that examine the stories behind its work. CC has plans to round out its current tour of “Witness,” a 2016 dance theatre work about the debilitating effects of bipolar disorder, with a series of classes in Manchester next month delving into the movement and text informing the piece.

“Witness” is gleaned from the personal archive of co-artistic director Kevin Edward Turner, who has translated his own experience with bipolar into an hour-long work that “challenge[s] preconceived notions of what is still, in some ways, a taboo subject.” Turner choreographed the piece and takes on the central role of a man navigating his illness, while another four dancers take turns portraying his friends, family, doctors, fellow patients and even the disorder itself.

The work sees mania and depression jostle for dominance in Turner’s psyche, first with a voiceover revealing a brutal mix of suicidal thoughts and desperate commands of willpower: “Pick yourself up!” Two male dancers later animate this dichotomy, one spewing manic positivity —“You’re chosen, a god amongst gods!”—and the other a steady stream of distress: “You’re an idiot. You’re nothing.” The pair yank Turner back and forth, a choppy push-and-pull of intricately woven twists, squirms and slams.

The choreography assumes several different shapes and moods as Turner is overwhelmed by his illness and committed to a hospital at the behest of his concerned family: there’s feverish throttling, abrupt, jerky resistance, listless gestures of uncertainty and despondency. Tension is a constant, and interesting configurations abound, especially during the partnerwork, laborious with its fast pace and unexpected level changes. One of the best moments is a hug that morphs into a waltz, the work’s two female dancers swept up in a hazy, tangled grasp at comfort. Turner’s manic episodes are also a highlight—sharp, frantic eruptions of vigour.

In its weaker sequences, “Witness” is prone to on-the-nose imagery and overly literal portrayals, particularly during the hospital scenes—an unnecessary crutch, given the confident performances and the conviction of its source material. The voiceover comes across as heavy-handed by this point, and there’s a surprising lapse in sensitivity in the depictions of Turner’s fellow patients, whose unsavoury behaviour—simulated sex with a doll for one, toilet paper ingestion for the other—seems conceived under the very cloud of stigma the work strives to dispel.

The piece stands far taller in its abstract moments, when metaphoric possibilities emerge but remain undefined—the opening, for example, which sees Turner puppeteered by another dancer, the audience left to imagine whether this is an instance of illness controlling his life or a gesture at the friends who prop him up. It also shines when it makes room for humour, like the karate-chopping, glam rock sequence depicting Turner’s symptomatic delusions of grandeur, and when it examines the impact of his disorder on his loved ones, a perspective not often explored in conversations about mental health.

A short work called “Words Unspoken,” originally created for Spanish company LaMov, precedes “Witness” in this bill. I’m not convinced the stated premise—“a physical representation of…untold secrets, memories and events [the dancers and choreographers] have concealed from others”—is borne out, but a furtive vibe certainly surfaces in the five dancers’ breathy, shadowy interactions.

Next
A Blessing and a Curse