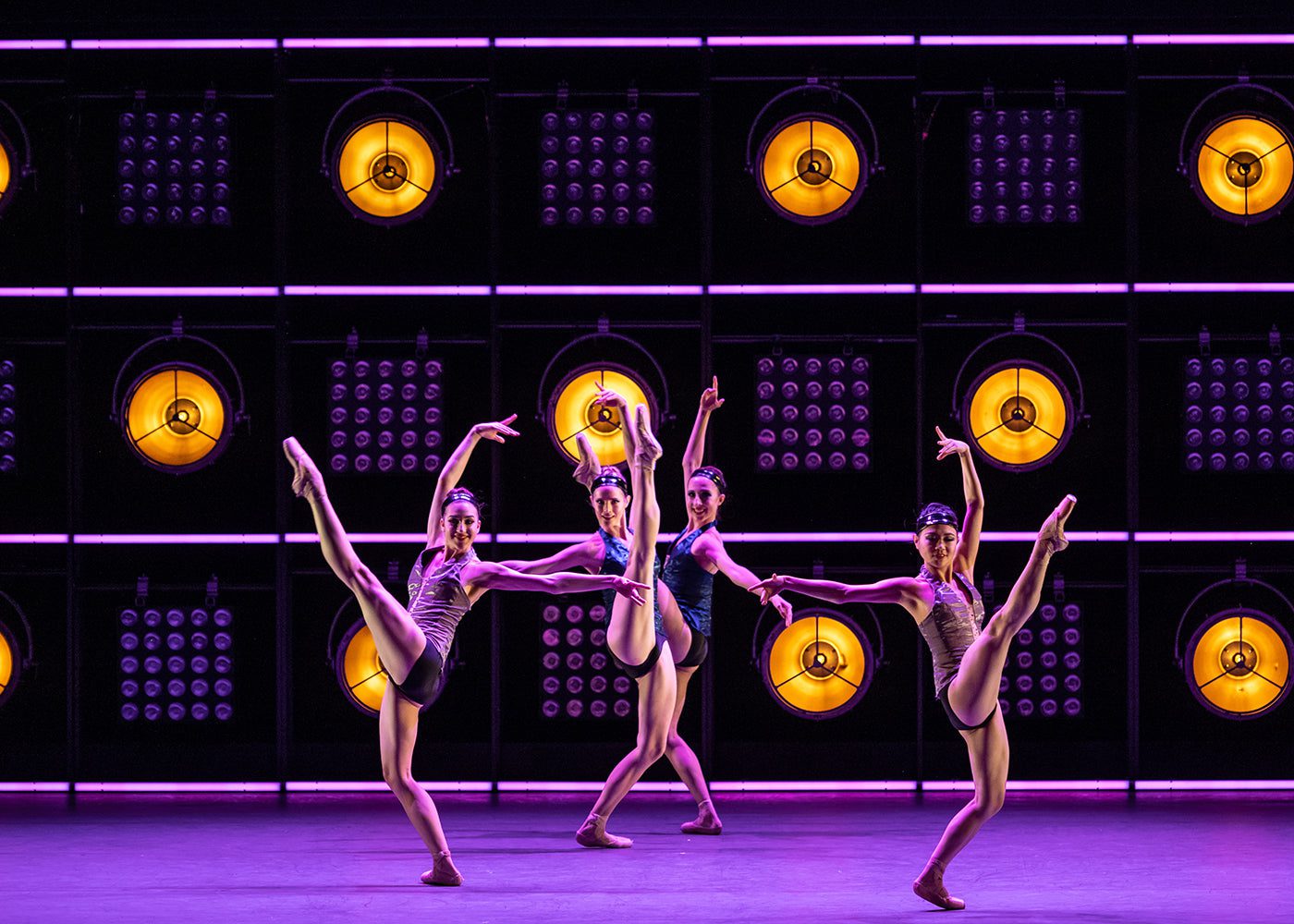 It’s Only Rock and Roll

It’s difficult to be the most memorable piece of the night when flanked by George Balanchine’s blissful “Chaconne” and Jiří Kylián’s seminal “Bella Figura,” yet Stephen Galloway’s new work “Devil’s/eye” rose to this challenge and exceeded all expectations. Set to five songs by The Rolling Stones, “Devil’s/eye” is a joyous celebration of sizzling sensuality and vibrant individuality. Boston Ballet’s dancers performing to rock and roll, you might ask? Yes, and it works!

“My goal was to make a ballet that’s both fun to dance and fun to look at,” states Galloway in his program notes, “something that would have audiences dancing through the aisles—and I think we did that.” Indeed, he did. Thursday night’s world premiere was met with enthused hoots and hollers from the packed crowd—rarely witnessed for this classical company—with an uproarious standing ovation that lasted long past the curtain falling.

Serving as both choreographer and costume designer, Galloway’s background in staging fashion shows for the likes of Yves Saint Lauren and Versace did not go unnoticed in this production. As the curtain lifted, an audible gasp uttered from the audience, first in response to the impressive lighting apparatus consuming the back wall of the stage, next, no doubt, in response to the costuming. The work’s nine male dancers emerge onto the stage in an array of glittering teals, purples, and blacks in the form of tight crop tops, velvet rompers, and sequined hotpants, each performing with celebratory flair. As the music shifts to the Stones’ “Wild Horses,” we are introduced to several of the women in the cast, who likewise sport runway-ready bralettes, halters, and high-waisted briefs in deep purples, golds, and nudes. “Wild Horses” treats us to a series of three duets, each passionate and energetically entwined, with the full cast reuniting for “Can’t You Hear Me Knocking.”

The choreography’s intricate and explosive interpretation of each track undoubtedly stems from Galloway’s work as a creative consultant for the Rolling Stones from 1997-2014, weighing in on the band’s concerts, television appearances, and music videos. Brandon Stirling Baker’s dynamic lighting design further aids the work, with the wall of lights upstage at times resembling an old-fashioned juke box and, at others, a steamy ‘70s night club.

In the glow of orange and red lights, a trio unfolds into a full-cast empowered cacophony of turns and dives. A double tour en l’air springs into a penchée before sending the dancer into a full-stage run of barrel turns. Flexed heels, sensual sashays, and hip gyrations intermingle with crisp classical forms. Boston Ballet principal dancer John Lam shines in this work, commanding the stage with his signature high-powered and engaging energy. Indeed, it is this palpable energy that keeps us enrapt and enthralled throughout the work, while luxuriating in a sense of pure joyous fun, funk, and groove.

But the evening would not have been such a success without its two other works adding to the diverse lineup. “Dreamstate” opened to a truly dreamlike scene, with Balanchine’s “Chaconne.” Hair down and dressed in beige chiffon, the dancers resemble water nymphs floating and gliding across the blue stage with soft grace. The classical piece that unfolds is one of gallantry and grandeur. Smooth, supple lifts flow into a counterbalanced turn; sprightly footwork with hints of folkdance emerges from moments that sweep the floor. Rounding out the night was company repertory favorite Kylián’s “Bella Figura,” whose duality of comedy and strength never fails to intrigue. Kylián’s ever-shifting deconstruction of the stage space, coupled with the dancers’ bare-chested openness and intimate duets creates a piece that is both raw and inquisitive of the human body.

Ultimately, Dreamstate presents a medley of works that stretch the meaning of ballet in three distinct directions. To the question, can Boston Ballet still surprise us? The answer is a resounding yes.

Next
Keeping the Faith