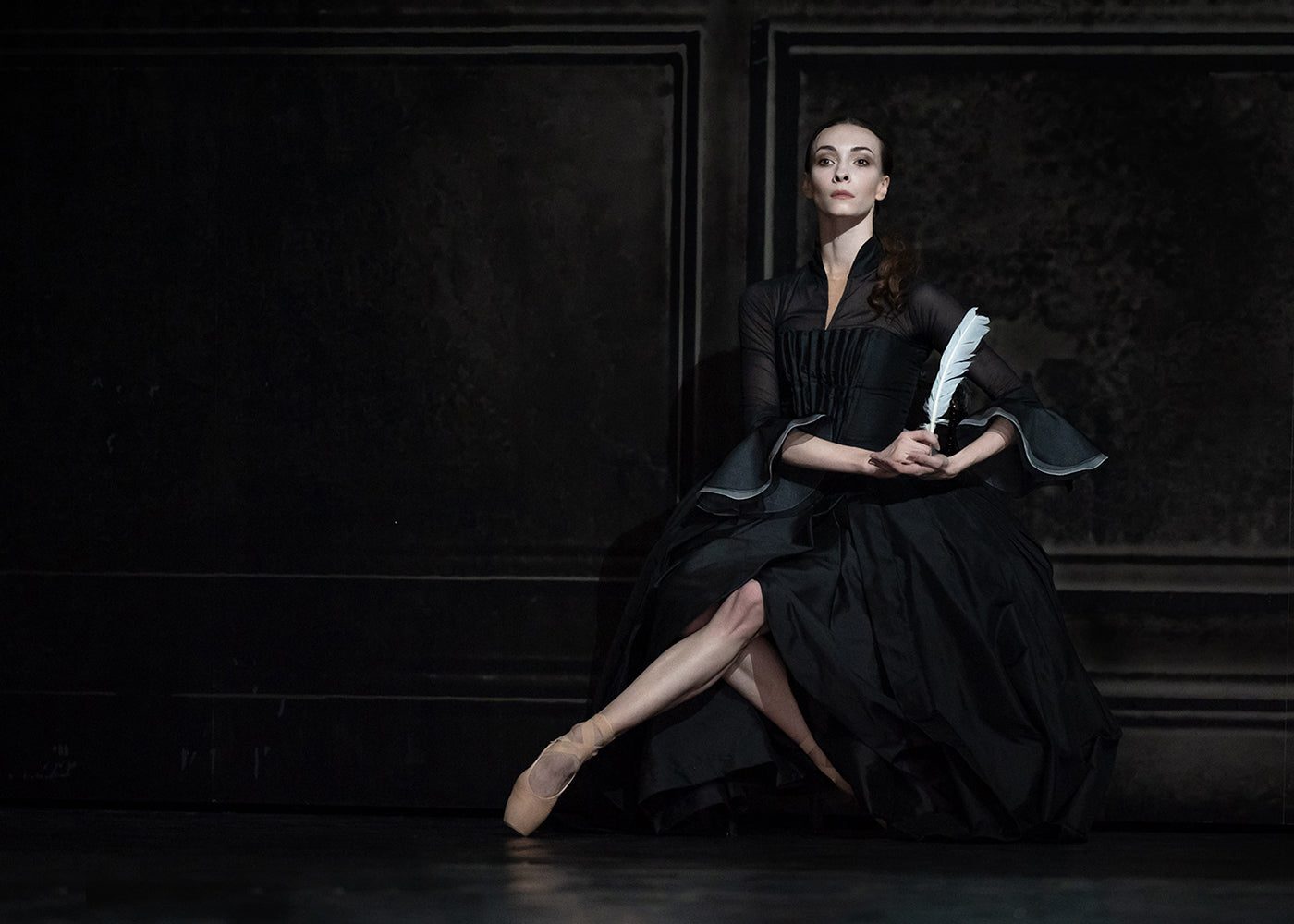 Christian Spuck's new production of “Orlando” for the Bolshoi Ballet

The Bolshoi Ballet recently unveiled a world premiere of “Orlando”—a two-act ballet based on the famous novel by English writer Virginia Woolf. The premiere took place on the Bolshoi Theater’s New Stage on March 24, with the cast led by the Bolshoi’s prima ballerina, Olga Smirnova, in the title role. The ballet was choreographed by Christian Spuck, a German dance-maker, who is currently artistic director of Ballet Zurich.

This production was choreographed during the pandemic—a rare feat in the ballet world, which saw almost all theaters in Europe and the United States close for more than a year, with no live performances in sight, let alone world premieres. In Russia, on the other hand, the Covid-19 restrictions are more relaxed. There has been no lockdown; and the theaters are open, with no shortage of audiences to fill the seats. In fact, the Bolshoi Ballet has been full speed ahead since September 2020, even with limited occupancy of the theater. (In December 2020, the allowed occupancy rate of the house plunged as low as 25%, but it returned to 50% in February 2021.)

One of Virginia Woolf’s most popular and entertaining novels, Orlando is a fantastical biography of a young English aristocrat—a poet who does not age and lives for 350 years. He first appears as a sixteen-year-old boy at the court of Elizabeth I. And as he attempts to find his inner self and understand his true personality, he undergoes a transformation from male to female. For all its imagination and mystery, Orlando is also Woolf’s witty satirical take on English literature and her own particular story of love.

“I really love this novel for its unbridled imagination and amazing breadth,” said Christian Spuck at the press conference in Moscow before the ballet’s premiere. ““Orlando” gives exactly what impresses me as a choreographer: it is rich in voluminous and expressive images. The story is more like a dream than a reality. And it has an almost weightless lightness and humor. Virginia Woolf is asking some startling and very important questions here. What is the gender of a person? Or how many different “I” live in the artist’s personality? She leaves the answers to the reader. And I like that too.”

To bring the ballet on the Bolshoi stage, Spuck collaborated with a first-rate artistic team. In my recent phone conversation with him, he noted that preparing for “Orlando” took nearly two years, during which he and his collaborators read books, looked through catalogues, attended exhibits and opera productions, as well as studied relevant materials to better understand and illuminate the story of Orlando and the vast period of time of nearly three and a half centuries its spans.

The choreographer worked on the ballet’s libretto with the German playwright Claus Spahn. They condensed the improbable adventures of the novel’s title character into seven scenes and a prologue. The short excerpts from the novel are being read before each scene to give the audience “an idea about Woolf’s language and thoughts” and to help bring in focus the story’s plot. In a way, according to Spuck, this staging of “Orlando” is a mixture of a story ballet and an abstract ballet.

The sets for “Orlando” were created by Rufus Didvisus, who worked with Spuck on the productions of “The Nutcracker and the Mouse King,” “Winterreise,” and, most recently, on the new staging of “The Sleeping Beauty,” which was premiered by Ballet Zurich in October 2020. Emma Riott created the gorgeous costumes, incorporating in her designs the fashion and the style of various centuries.

Together with literature, music is one of the chief sources of inspiration in Spuck’s creative process. For the production, the choreographer was looking for an instrument to embody a unique voice of the title character. He selected Edward Elgar’s famous Cello Concerto in E minor, Op. 85. With its distinctive sound, low and beautiful at the same time, the cello could be both male and female, according to the choreographer. The ballet’s score is an intriguing collage of the music of four composers: Edward Elgar, Philip Glass, and Lera Auerbach and Eleha Kats-Chernin.

One of the most lyrical yet enigmatic ballerinas of the Bolshoi’s principal roster, Olga Smirnova, was selected for the opening night cast’s leading role. (Maria Vinogradova danced the title role in the alternate cast.) Orlando is a strenuous role—the ballerina is on stage during the entire ballet, in the first part dancing in soft slippers and on pointe in the second part, where Orlando transforms into a woman.

“Orlando has a story and characters, in which the viewers can recognize themselves,” said the ballerina. “My journey of adopting this character was not an easy one and, only thanks to the choreographer, I grasped the meaning and inner implications of the philosophy behind this role, and it still continues to unfold.”

“I feel very proud and honored to be able to stage a world premiere for the Bolshoi Theater. It was a unique and absolutely amazing experience, because it has happened now, during the pandemic; and it was not an easy task to bring such a big performance together,” said the choreographer, summing up his sentiment about his experience of working on this production.

Previous
Afternoon of Fauns and Nymphs

Next
Taylor Stanley: The Space to Think