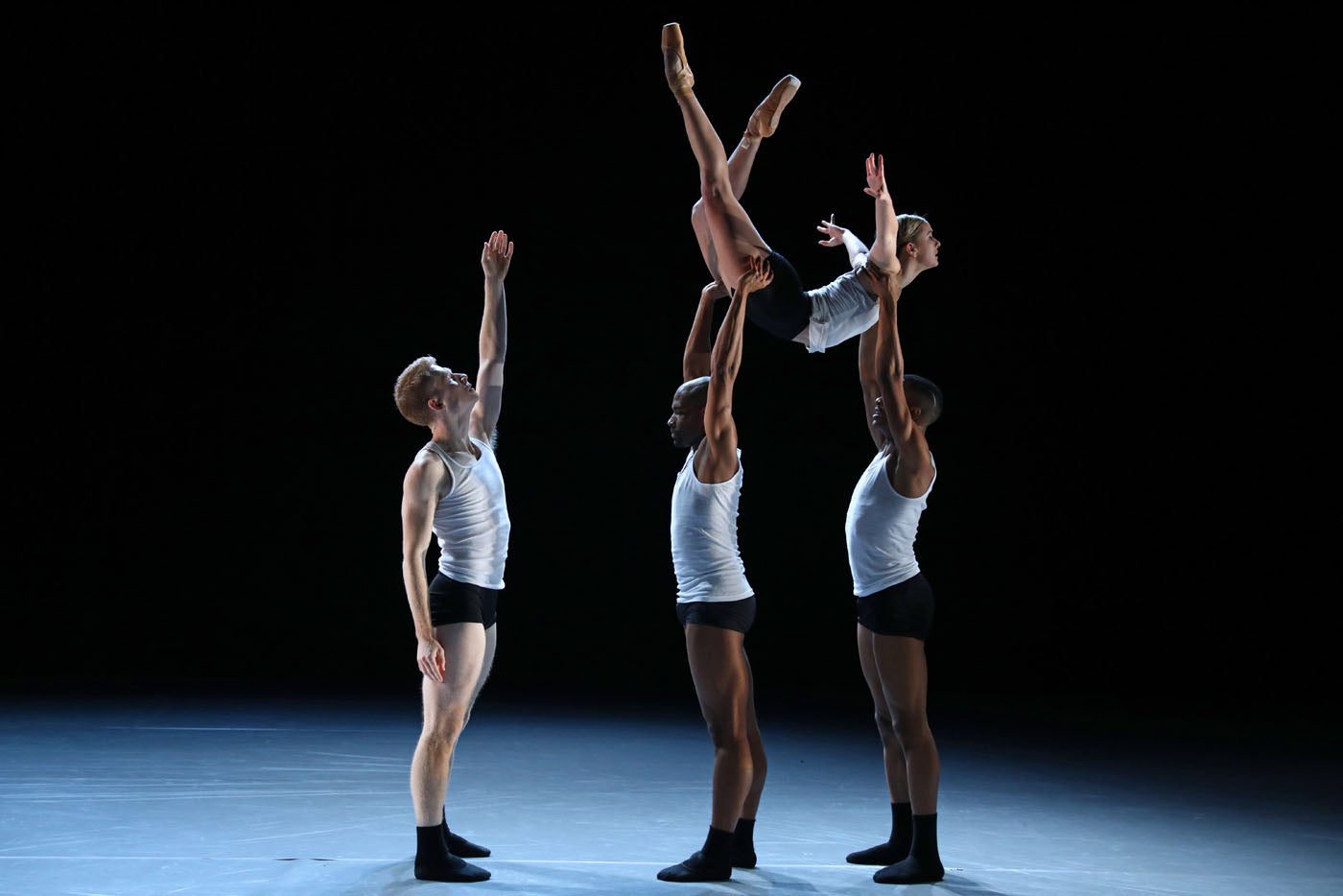 For Now I am Winter

For the second work of its 2017 fall season, BalletX returned to the newly spruced up Wilma Theater with a reprise of a 2013 commission to internationally in demand choreographer, Nicolo Fonte’s “Beautiful Decay.” Two sets of well-known Philadelphia-based guest dancers alternate during the run. On seeing it the first time with Manfred Fischbeck and Brigitta Herrmann, years ago, and this time with Hellmut Fricke-Gottschild and Brenda Dixon Gottschild in the alternate cast, I find the title even more wincingly uncomfortable.

Decay means spoiling, rotting, falling apart. There certainly is nothing of the sort happening with the senior guest dancers. Sure, they are older and sure, we all begin to die from the moment we are born. But these elders are vividly alive, and if not kicking, still moving with grace and deliberation.

Perhaps ‘Beautiful Decline’ or ‘Beautiful Descent’ would have more elegantly encapsulated Fonte’s concept of aging out—a shared fear among dancers whose bodies and careers are prey to injury and aging. As for the Gottschilds, they’ve been touring their Lecture/Demonstration, “In Bodies We Trust—Tongue Smell Color Revisited,” internationally since its first iteration in 1999.

Fricke-Gottschild, now 80, was Mary Wigman’s last student and was hailed in Berlin when the duo performed it as an opening to Tanz Im August festival last summer. Author/performer Dixon Gottschild, has a glowing dark beauty and always seems about to burst into laughter. Dancer/choreographer Fricke-Gottschild helmed his own company, Zero-Moving until the early 90s and his ascetic body and faintly spiritual, yet playful smile is ever present. They’ve made a striking interracial couple since meeting while teaching at Temple University in the 1980s.

In Fonte’s work, they embodied all of those qualities onstage with utter precision, weaving through the ten sprightly young dancers, she in flowing blue pants, top, and he in a black suit with a white tee.

Although Pennsylvania Ballet’s resident choreographer, Matthew Neenan, is a co-founder of BalletX and frequent contributor to them, BalletX is a repertoire company much in the same league with Aspen-Santa Fe Ballet or Hubbard Street. Its current cast has been mellowing together for several years, with one exception. Richard Walters is a classical looking newcomer who danced with Hubbard Street II and fits the BalletX aesthetic very well.

It was good to see Skyler Lubin, the Grace Kelly of Philly dance, (I first met her in a gelato shop, after seeing her dance Marie in the “Nutcracker” when she was 11 years old!) back onstage after an injury sidelined her last year. And Fonte, as he likes to do, gave each of the cast a rich variety of individualized dance phrases in the show’s two halves.

The first opens with Tony-award winning MacArthur fellow, designer Mimi Lien’s dynamic set. Three metallic mesh skeletal structures jut out from the backdrop. They have rectangular openings through which the dancers leap, in solos, couples or various groupings in the three “rooms” created by the architecture. In Martha Chamberlain’s richly colored baroque-era costumes, they danced to excerpts from Vivaldi’s Four Seasons, using the portals to traverse stages of life.

Here, the rapid dance phrases were mostly standard ballet steps with contemporary flourishes—running in place like Olympic speed skaters, for one. One lift had the female throwing her leg over the pelvis to twist her body over, while another male catches her foot and flips her back. Sometimes it looked just pretty but at others, there seemed something ominous.

Meanwhile the elder dancers look over their shoulders at the younger. Are they looking back at who they were? The most touching scene in this part of the narrative is Dixon Gottschild’s dreamy dance with her arms around a phantom lover.

After intermission, the set morphed into a translucent “room” off to one side, where the Gottschilds, sat on a bench hands in their laps, facing us through the screen. You had to wonder: what were they waiting for?

Chamberlain’s starkly contrasting black and white costumes and 30’s style flowered day dresses, took us to a darker era, not quite in the present, but closer than the previous baroque sensibility. The choreography here was more what I am used to in the many Fonte works I’ve seen: Fresh, sassy, able to shift moods and directions in a heartbeat. This created a stop action that suggests propulsion towards something—death, decay?  In one short phrase all the dancers lean backwards arms outstretched as if falling in some cataclysm. They danced to Max Richter’s “Vivaldi Recomposed: Spring 1 Remix” and Ólafur Arnalds’s “For Now I Am Winter” in this latter half.

They change in and out of their costumes and footwear, some of the women en pointe from time to time and this busyness eradicated any sense of seamlessness to the work. There were memorable moments though. Daniel Mayo’s cool as ice solo, Zachary Kapeluck’s tender shadowing of Fricke-Gottschild’s expressively curved arms and placed hands, as if he were grasping objects only he could see. Gary W. Jeter II and Roderick Phifer brought elegant masculinity to their lifts. And Chloe Perkes, Francesca Forcella, Caili Quan and Andrea Yorita each brought their own style of femininity to their roles.

Beauty is a decision. One we must make each morning. And these dancers and their guests made all the right decisions.