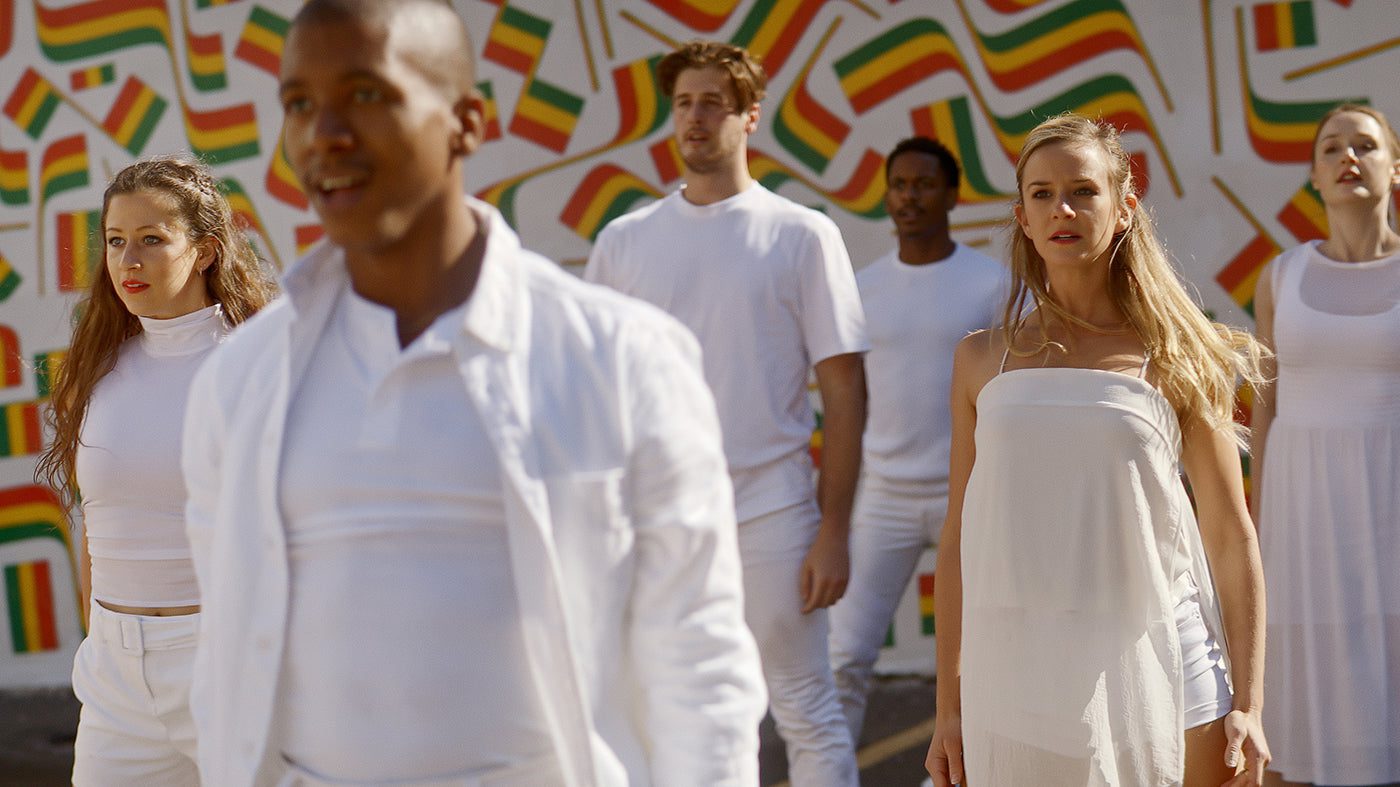 In the last three decades, the term Dance and Technology became a thing, a niche where choreographers strove to enhance and marry kinetic movement with digital, animation, film and video. Brilliant failures and successes ensued, depending on how the collaborators gelled with each other. One of the great triumphs was “BIPED,” (1999) where Merce Cunningham partnered with Paul Kaiser and Shelley Eshkar’s dazzling projected animation imagery and the murky, sonar-like thuds of Gavin Bryars’ score. The dancers’ shimmering tourmaline costumes furthered the underwater impression and the choreography swam, receding, wavery, elusive.

There were even international conferences called IDAT, (International Dance And Technology) four of them, in Canada and the U. S. from 1992 to 1999. I wrote about the last one in Phoenix, AZ for MIT’s Technology Review. My final question in that piece is one that has plagued this movement ever since: Which comes first, the dancer or the technology? That question is now moot.

Fast forward 20 years to Covid lockdowns and the necessity of virtual programming and your head will spin at how lucidly and somatically embraided dance and technology now are. The best collaborations feel as mysterious as peering through a woman’s silky veil of hair. Now the question is, will these made for online platforms maintain that mystery if brought back to the stage?

Over the spring and summer, the Philadelphia contemporary dance company, BalletX, threw all of its resources into an online season called BalletX Beyond. With two fall programs of three commissions each, they have the key to this lockdown. All the commissions were filmed in lush gardens or historic settings in and around Philadelphia. Couples who cohabit performed indoor works and duets.

One that might have stageworthy legs is the September 23rd premiere of “Scribble,” by Loughlin Prior. It reminded me most of “BIPED.” The animation and visual effects are by Glynn Urquhart. Daniel Madoff, a former dancer with Cunningham (2007-2011,) who is currently director of media for the Merce Cunningham Trust, directed the photography.

“Ricochet” is BalletX’s third commission to Penny Saunders. She creates long narratives loaded with character dancing and Americana themes. Set at Idlewild Farm Preserves Natural Lands Trust, in Bryn Mawr, PA it has the company’s full roster. Songs by Charlie Pride set the nostalgic pioneer mood with black and white photography by Quinn Wharton. An overhead drone shot of the women lined up in a pen like cattle being sold on the hoof seems a chilling negative of the musical “Seven Brides for Seven Brothers.” As a prospective buyer, Kapeluck circles Yorita ominously as she stands stock-still. Overall, there are many terrific Western references from square dancing to Brokeback Mountain making this an epic watch. The young Warren Muller makes a cameo appearance riding off on a horse down the lane at its end, leaving you wanting to go with him.

Rena Butler’s “The Underway” explores a contemporary Americana—our racist past, present and probable future. Stanley Glover and Roderick Phifer danced defiantly before the statue of the infamous fascist cop and former Philadelphia mayor, Frank Rizzo, his arm, raised like a Nazi salute. To the relief of many, it has since finally been removed.

Ashley Simpson soloed, silhouetted under a constellation of stars named for the scores of African Americans murdered in our streets over these last years. Darryl J. Hoffman created a soft soundscape of birdsong over the pulse of a clicking trigger or camera. It ends with Blake Krapels reciting all the things he can do, as a white male, without a care. “I can go birding,” for one.

November’s program comprised three short films. Richard Villaverde performed a Nicolo Fonte solo live in BalletX’s studio as an intermission piece. In a black tutu, it was a smashing negative of the Entr’acte from Francis Picabia’s 1924 “Relâche” ballet.

Robbie Fairchild (former NYC Ballet principal dancer and star of Christopher Wheeldon’s “An American in Paris,”) choreographed and directed The Cycle while Giacomo Belletti is credited with the cinematography and editing. To composer Max Richter’s On the Nature of Daylight it had the feel of a fairy tale, where all the kingdom’s inhabitants slowly wake one spring morning, to find, to their surprise, that they are alive. At Longwood Gardens, Kennett Square, PA, they caress all of nature’s elements, swaying with them. Water flows through their fingertips; they roll in the tall grasses and let the sun warm them. Ashley Simpson is divine as a wood sprite in flowery chiffon moving among twisted tree limbs as if she emerged from them.

Saudade is choreographer Mariana Oliveira and filmmaker Elliot deBruyn’s offering. In black and white, the only color is Yorita’s bright red coat soaring out behind her like a cape as Kapeluck circles her around by her underarms. Noirish in mood, they dance nostalgically through the magnificent rooms and grounds at Stoneleigh, Villanova, PA. A world that will never return, but perhaps always be longed for.

The September program includes Love Letter, written and choreographed by retiring BalletX veteran, Caili Quan. Subtitled Mahålang in the Chamurro language of Guam, it means a yearning and is a paean and farewell to her brothers and sisters in arms. Christine Darch designed the costumes. Elliot deBruyn and Nathaniel Brown did the gorgeous cinematography at iconic Philly scenes. One is powerfully juxtaposed with Francesca Forcella at our nearby Jersey shoreline, and Villaverde against the city’s skyline at sunset where they eventually meet on a terrace of the BOK building. The Depression era tech school was built by the WPA on an entire city block and has been repurposed as a mixed business and arts space. It remains a symbol of American renewal and reimagination.

While you can watch all these dance films in any order, I recommend saving Amy Hall Garner’s New Heights for last. All the previous melancholy beauty and mystery melts away into joyful, sexy and playful group dancing at three different City of Philadelphia Mural Arts Program locations. (Brown’s and deBruyn’s cinematography again.) I happened to be walking at the Navy Yard on the day of these premieres. Without knowing it would be in the program that night, I rested in front of Nate Harris’s mural Untitled letting the winter sun warm me. Watching that night gave me hope we’ll see our dancers onstage again soon.