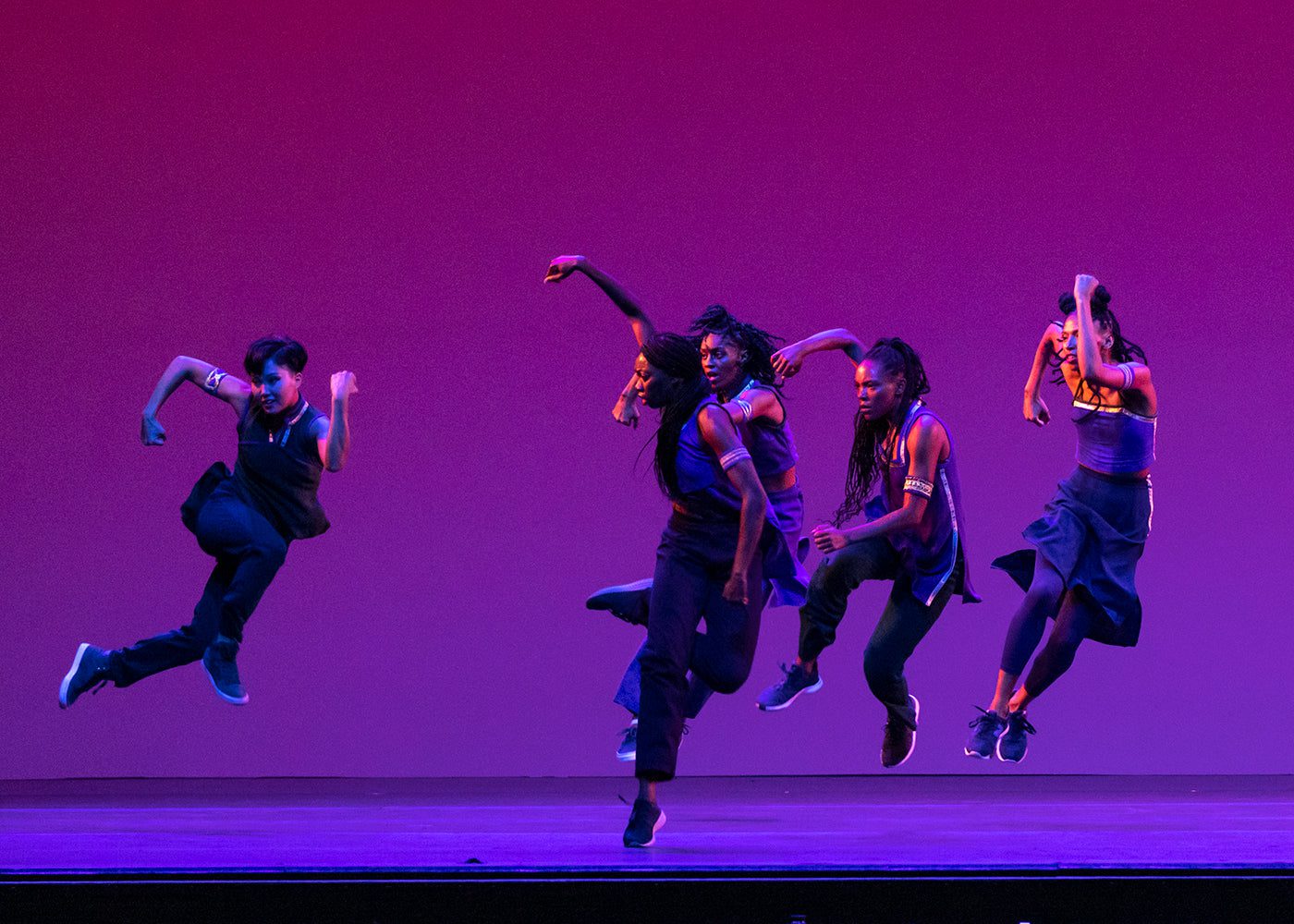 Five NYC-based dance companies (Ballet Hispánico, Alvin Ailey American Dance Theater, American Ballet Theatre, New York City Ballet, and Dance Theatre of Harlem) joined forces to put on 5 outdoor shows in the Damrosch Park area of Lincoln Center this past week. NY Senator Brian Benjamin, who co-introduced the performance, said that Covid-19 “created a lot of trauma in our lives, but it also provided opportunity for collaboration.” We are not yet on the other side of this plague, but even in the midst of the Delta surge there are already signs of rebirth. Much has been made of how the artistic directors of these companies turned to each other for guidance and comfort during the darkest days of the pandemic. This is an entirely new—and most welcome—development for the NYC dance scene. Normally, personnel cross paths only at Steps on Broadway or in theater lobbies at intermission. Surely, these troupes would never have come together without the dire need to perform anything, anywhere.

Also welcome: the rethinking of the Lincoln Center campus. For so long, the onsite companies have remained siloed in their respective buildings. In all the years I danced at the Koch Theater, Damrosch Park was a deserted, buggy, slightly uncomfortable area in which to eat a snack or make a phone call if you didn’t have the time to get farther away. For much of the year it was taken over by the Big Apple Circus tent. On Friday night I was amazed at how perfect a spot it was for an outdoor dance festival, with its own bathrooms and a flowered event area for patrons. The stage was a tad high, but that made for good sightlines from almost every seat except the closest ones.

The program began with Ballet Hispánico’s “Tiburones,” an examination of Latinx stereotypes in popular culture by Annabelle Lopez Ochoa. From the first finger snap it was clear that West Side Story looms largest in the lore. (Actually, from before that: the title means “sharks” in English.) For the most part, Ochoa cleverly explored the traps of this legacy. The highlight was when Tony and Maria’s cha-cha from the Dance at the Gym was danced breathlessly by two men. It was a fantastic subversion of one of the most enduring Puerto Rican caricatures: the macho, hetero man. The powerful quietude of this passage evoked Barry Jenkins’s film Moonlight.

Ochoa also made smart use of props. High heels were potently employed throughout: at one point they were donned by a wedge of men dancing showgirl steps, at another they were hooked all over a couple who kept statue-still and eventually collapsed under their symbolic weight. Only sometimes did Chris Bloom, in the thankless role of the white male director figure, seem overly cartoonish while clapping his slate in the rest of the cast’s faces. But despite a few heavy-handed bits, the dancing was great, with Dandara Veiga shining in key moments. And the occasional siren emanating from busy Amsterdam Avenue just behind the stage only enhanced the meta-commentary of the piece. I was reminded that this was the exact place where the original West Side Story film was shot.

Though his choreography was skewered in the opener, Jerome Robbins’s “In the Night” followed and drew me into its own twinkly world. It helped that it was the only piece to have live musical accompaniment, with Elaine Chelton playing the Chopin score on a piano just offstage. The New York City Ballet dancers were in good form. Unity Phelan was a torrent of emotions and pretty lines in the final pas. But Sara Mearns and Russell Janzen stole the show with their placid confidence in the stately middle pas de deux. They placed their hands on their hips and sauntered around as comfortably as if they were in their own living rooms. During the finale, in which the couples happen upon each other in the moonlight, a motorcycle cavalcade zoomed up and down the street just as the piano hit its highest, climactic trill. It was hilarious: terrible, or rather, wonderful, timing.

In the pause before the next piece I looked up at the beautifully lit city skyline all around. When the Dance Theatre of Harlem commenced “Change,” by Dianne McIntyre, I was just thinking how majestic it feels to see dance outdoors, in the city or in the country. Why don’t we do this all the time? I wondered. As if on cue, large raindrops started plopping down. The audience became far more tumultuous than the passing thunderstorm as umbrellas went up all over and droves made for the exits. “Change” was obscured by the chaos, and I was sorry for trio of women who made up the cast.

It was still raining when the Alvin Ailey company started Part 2 of “Lazarus,” Rennie Harris’s pulsing ode to Ailey’s life and legacy, but the fleers had fled and those who stayed were now settled. “Lazarus” is an invigorating celebration even in the dark box of a theater, but with the committed audience now baptized in the rain it was doubly charged. The biblical references were also emphasized by the sudden deluge, underscoring how “Lazarus” is a funkified riff on Ailey’s “Revelations.” The audience stood and cheered the whole way through, survivor’s camaraderie sustaining a berserk enthusiasm even when the rain stopped. Yannick Lebrun and Chalvar Monteiro were standouts, but the whole cast was excellent. The dancers seemed to relish the circumstances and the devotion. It was encouraging to see how many people remained until the end, and how gleeful the sopping crowd appeared to be as it dispersed into the clear night. The NYC dance world had weathered the long Covid drought, what was one little shower?