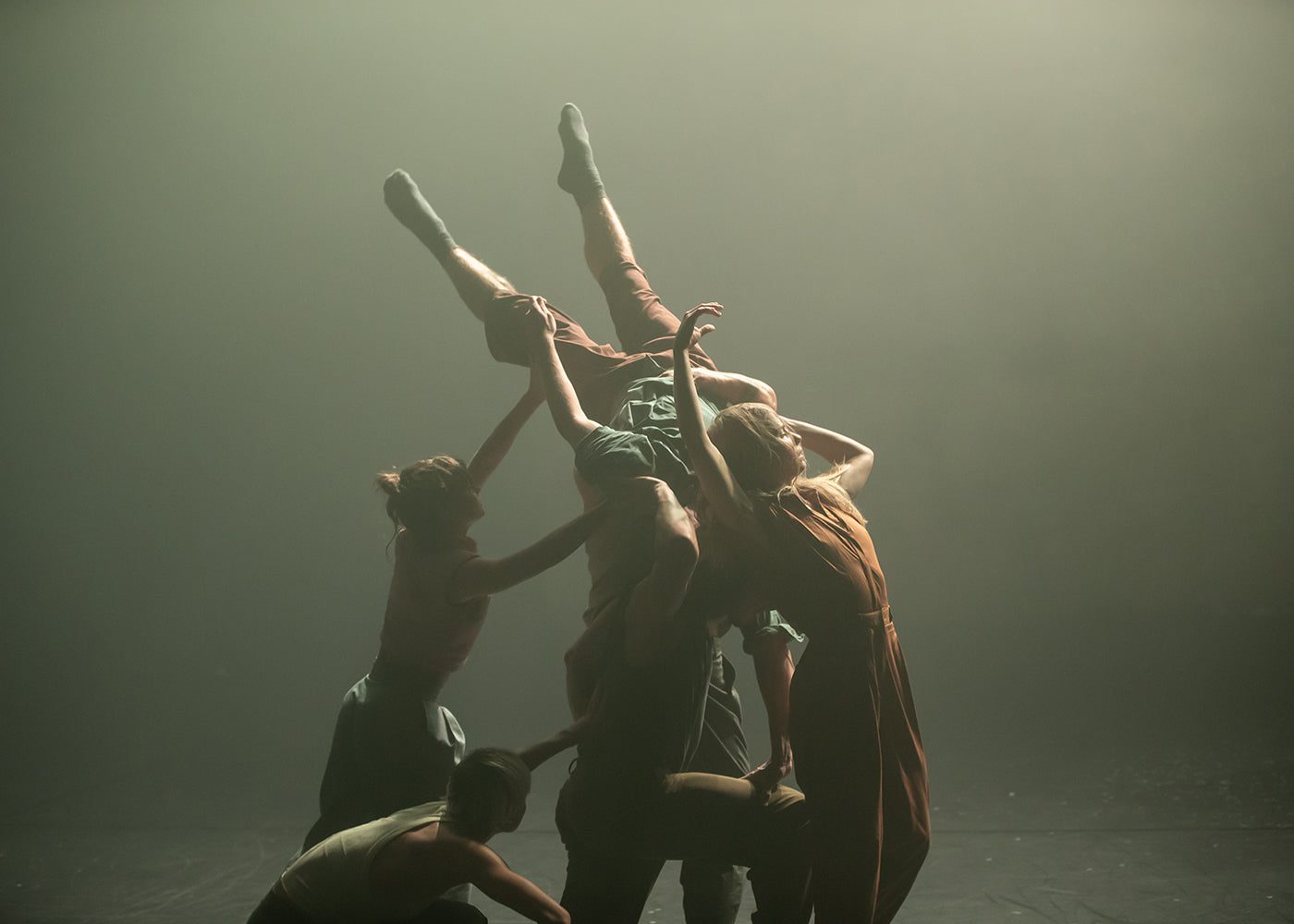 Australasian Dance Collective revived their sold-out production of “Aftermath” for Brisbane Festival—the city’s annual multi-arts festival that runs for the month of September. Created by Amy Hollingsworth and Jack Lister, the production was a collaboration performed by the company to the score composed by vocalist and songwriter Danny Harley of the Kite String Tangle. One part electric-synth concert, two parts sensory exploration, “Aftermath” hooked the audience from the first explosion of light and didn’t let go until it had said all it needed to say.

The production experimented with the concept of memory. What will you remember of this? And what have you already forgotten? It comprised of several different movement segments which were later repeated towards the end of the show. “Aftermath” had a delightful twist buried deep within the choreography—the audience was at the complete mercy of the production. They had no idea what they were watching or how they were being led through this memory exploration until after the fact. When the segments repeat, then, and meld into a singular interlinked memory, the audience had already become a part of the moment, whether they realised it or not. They were the final piece of the puzzle that the dancers and Harley had been searching for.

Onstage, Harley and his instruments were the focal point. A keyboard, DJ desk, guitar, and drum were neatly packed onto a small platform that rotated throughout the show. The dancers performed around the platform—interacting directly with and, at times, around Harley.

One of the most captivating parts occurred halfway through. A single spotlight from one corner of the stage shone across the dancers and the audience watched as they emotionally progressed from curiosity to hostility. At first, their movements were slow—the six dancers cautiously exploring the light now in front of them. Then, as the choreography increased in size and pace, they fought each other to escape. The warm beam of light had turned into an exposing search beacon they couldn’t get away from quick enough. The talents of each dancer shone equally throughout the show, and credit should go to Hollingsworth and Lister for knowing how to bring forth this kind of harmonious individuality.

Despite these eye-catching moments, the totality of the performance was a little disjointed. “Aftermath” was performed in the South Bank Piazza—an amphitheatre half enclosed, and half open to the elements. Harley’s composition took advantage of the open space and rightfully so. The music echoed around the piazza. It reverberated through the body of the audience and then bled out into the night air, easily noticed by the passers-by. On the flip side, however, the intimacy of the choreography did get lost, at times, in the grandeur of the space. The programming does make “Aftermath” a unique production to experience, but it begs the question as to how it would be received in a smaller, more confined space where there is no room to escape the grip “Aftermath” has on you.

Next
Lucinda Dunn’s Key to Success