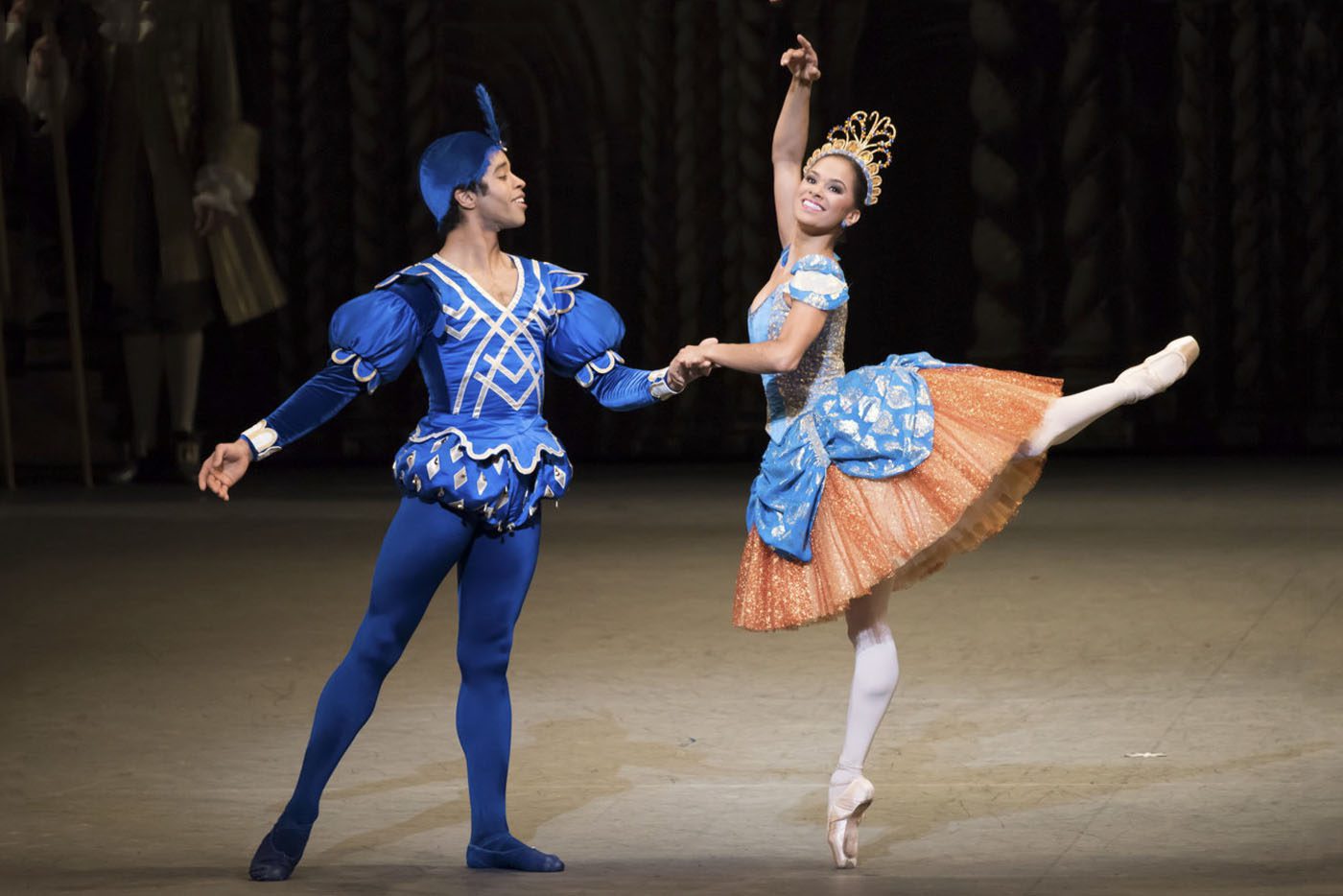 Few personalities in the ballet world question the essence of classical dance nowadays. Masterpieces such as “The Nutcracker” or “Swan Lake” are little more than gainful blockbusters in December programs. “The Sleeping Beauty” is no exception: its seemingly Manichean argument, happy-ending, fairies’ parade and decorative choreography had plunged the ballet into formaldehyde for centuries. So, when a modern-minded choreographer took on an age-old fairytale ballet, one could think that the outcome had to be of the cerebral type, for a few jaded balletomanes to enjoy. Fortunately, Ratmansky’s revival is anything but a pedantic throwback to the days of yore. He doesn’t lecture the audience. Nor does he keep ballet in mothballs. Restoring Petipa’s lustrous classicism, his approach highlights ballet as a theatrical art, thus fighting a strong anti-narrative trend. And with a little help from his ABT friends, he succeeds partly in casting a new light on that distorted tale on pointe. Although he tries to make ballet more approachable, he occasionally lends the piece an unintentional elitist tone; for the many, his reconstruction of “The Sleeping Beauty” might have looked a little jet-lagged.

The Saturday evening—the most sought-after performance of the one-week run—starred Gillian Murphy and Cory Stearns as blossoming Aurora and romantic Désiré. Murphy danced with suitable reserve, as she is entitled to as a princess-to-be and a nineteenth century-inspired ballerina. Her entrance wasn’t that of a self-conscious aristocrat, but the further she grew into adulthood, her confidence matured. Yet on the vast Bastille stage, too much self-restraint often results in a poor communion with the public. Speaking of which, Prince Désiré doesn’t have much to say in this “Beauty.” Most of the part consists of standing elegantly, embodying the old-fashioned virtue of chivalry. Stearns matched his partner’s sobriety, in every kind of way.

Ratmansky’s “Beauty” is a choreographic oddity as well. Consider it ungrateful if you will, but the virtuosity isn’t of the twenty-first century spectacular variety. But it lies elsewhere, in subtle details. Too subtle to be noticed at once, perhaps; compulsive balletomanes certainly spotted eye-catching differences. Vivid footwork, low arabesques and retirés aim to fill Tchaikovsky’s music with meaning and nuances that have suffocated over the years. There isn’t much room for gawking at six o’clock développés or sky-high arabesques. Even leaps and turns are controlled to the point of austerity. What they lack in striking virtuosity, they make up for in lively steps, bringing Petipa’s refined vision of dance to life. Overall, ABT looks at home in the new choreographic idiom. But it’s hard to distinguish between what derives from the choreographer’ intentions and the company’s inner style.

At the risk of stealing the show were Misty Copeland and Daniil Simkin. She’s made headlines for being the first black principal dancer in the company’s 76-year history, but her witty, outgoing interpretation of the Bluebird pas de deux proved she is more than a passing interest. Hers was a natural radiance on stage, enhanced by a nuanced dancing. The Prologue also highlighted extroverted Fairy Godmothers, characterized by a sparkling personality (Christine Shevchenko, Skylar Brandt, Sarah Lane, Luciana Paris, Devon Teuscher). All of them endowed the royal new-born with actual gifts. Small parts in traditional “Beauties” often translate into tense graduation exams. With Ratmansky, they acquire new theatrical specificity.

As for storytelling, pantomime codes are a foreign language to occasional ballet-goers. Except for Craig Salstein, whose Carabosse was crystal-clear and made a cinematic impact, a certain amount of posturing could make neophytes feel like “what the hell is going on onstage?,” thus handicapping the narrative. It has been widely stated that Ratmansky’s revivals reach the highest peaks of dramatic intensity. But the pivotal moment when Aurora pricks her finger is robbed of its tragic edge. Surprisingly, the choreography works against the symphonic flow of the music. Aurora’s trauma is nowhere to be found in the way she moves.

Among other bizarreries, the scenography leads the audience into unfamiliar stylistic territory. Patchwork costumes, mostly inspired by Leon Bakst’s designs, are sometimes embarrassing. Happily, the second act bathes the stage in ethereal reveries. Knee-length tutus, white tulle and gold leaf instil a gentle nostalgia; bittersweet glimpses into the past. The third act, however, is plagued with fashion faux pas. If it wasn’t for its delightful entertainments, from Cinderella to Puss in Boots, not to mention Red Riding Hood, the final act would be likely to cause indigestion. Ratmansky’s “Beauty” certainly comes with a surprise. It goes against all ballet habits of our time. Love it or not, it leaves no one indifferent.

“Very nice.” Obviously the 4 hour-long ballet féérie didn’t impress the Tsar that much. His was a courtesy call, even a protocol duty, mirroring the courtly manners on which the argument was based. He could have been sensitive to the reiteration of hierarchical order or to “the perfect expression of the Apollonian principle” (Stravinsky). To some extent, “Sleeping Beauty” as captured by Petipa and musically embodied by Tchaikovsky was almost a prophetic warning of the dark forces that were slowly dooming the Empire to death. It was in 1890 in St Petersburg; “Sleeping Beauty” was slightly political back then. But history remembers her as pretty. And it’s been so since the première. Ratmansky tried to break the spell. He should be thanked for that.

Previous
The Allure of Nijinsky