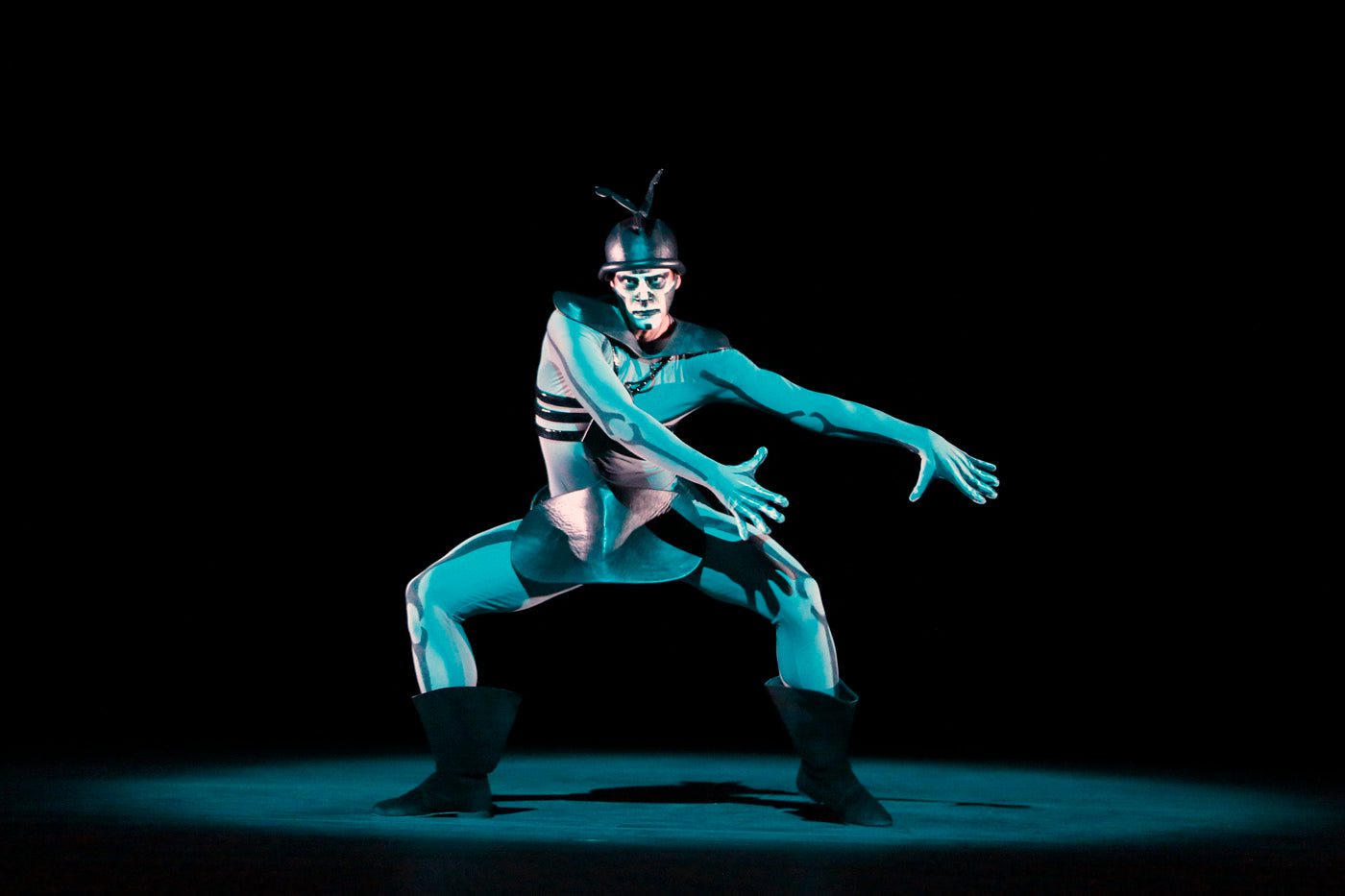 American Ballet Theatre’s principal dancer Marcelo Gomes, with his good looks, gentle manners and generous spirit, is the embodiment of a Romantic hero. In many ways, he is the ideal Prince Charming of classical ballet: handsome, sweet and kind. In the course of his 18-year career with the company, Gomes has danced scores of princely roles, covering most of the romantic and classical repertory from Albrecht to Siegfried and beyond. Yet the Brazilian-born dancer knows what it takes (and how it feels) to be an anti-hero in dance—particularly in modern dance—portraying, most fascinatingly, The Moor in Jose Limon’s “The Moor’s Pavane” and the Young Man from the House Opposite in Antony Tudor’s “Pillar of Fire.” He also experienced Kevin McKenzie’s “Swan Lake” and Alexei Ratmansky’s “The Sleeping Beauty” from a “baddie” perspective, having danced the malevolent magician Rothbart and the wicked witch Carabosse, the villains of these two ballets, to wide acclaim.

This fall season, Gomes took a stab at the ultimate evil, dancing the role of Death in Kurt Jooss’s “The Green Table”—a 1932 masterpiece about the devastation and horrors of war, created as both a protest and a warning of the rapid rise of Hitler in Europe and events to come.

Subtitled “A Dance of Death in Eight Scenes,” “The Green Table” is perpetually dominated by Death —a dark, menacing figure present in all but the opening and closing sections of the ballet. Clothed in a black, skeleton-like costume, wearing a military helmet and face paint, Gomes was spellbinding in this role, unearthing with each step of his ruthless march the brutal and terrifying power of Death’s destructive force. In this role he projected not merely a chilling and imposing authority which oversaw and guided the course of events, but at times a seductive, even pacifying presence, smoothly attracting war’s powerless victims in his comforting yet fatal embrace. When the Old Mother (the poignant Luciana Paris), a character who embodies all mothers who lost their children to war, fell calmly into Death’s hands, she did so with a sense of serene surrender as if she finally found her refuge, peace and consolation.

The ballet opens with an apt caricature, showing ten masked politicians, in tuxes and white gloves, gathered around a long green table and rowdily engaged in a heated discussion. They exchange pleasant salutations and courtesy among themselves; they wildly swing their arms in oratorical gestures; and they assume fencing stances, pretending to attack each other, all to the teasing accompaniment of a sordid tango. At the end, just like that, they take little pistols from their pockets and fire in the air—you can almost see them smiling with satisfaction under their masks. The stage immediately goes dark; and the war and Death start their lethal march. The dance closes with the same familiar scene: the fancily-dressed diplomats pretentiously bang their hands on the green table, hiding their faces (and their true intentions) under their hideous camouflage.

Paul Taylor’s “Company B,” the opening dance of the program, also has plenty of war references, even if expressed more subtly and softly. The piece is set to a medley of nine hits recorded in the 1940s by the Andrews Sisters. Originally this work was commissioned by Washington’s Kennedy Center and was premiered there in 1991 by Houston Ballet.

Costumed in light beige and green (slacks and shirts for men, skirts and blouses for women), the excellent 13-member cast embraced Taylor’s vigorous and physically-demanding choreography with invigorating, jazzy abandon, reveling in a series of solos, duets and group numbers.

In “The Green Table,” Kurt Jooss plunges the audience directly into the battlefields and war-ravaged communities. In “Company B,” on the other hand, Taylor only obliquely alludes to loss and suffering, concentrating on the illusory happiness of civilians in wartime.

The versatile ABT dancers gave it all to unleash the sweet exuberance and deep melancholy of the choreography, beautifully conveying the ballet’s sense of community and friendship as well as showing off an array of unique personalities of their characters. Especially notable dancing came from the soloists. Jeffrey Cirio was wonderfully spirited and agile in his solo to “Boogie Woogie Bugle Boy (of Company B)”—a song that gave the ballet its title. The enchanting Cassandra Trenary was all tantalizing sensuality in “Rum and Coca-Cola;” Devon Teuscher gave a heart-rending spin on “There Will Never Be Another You;” and Patrick Ogle brought plenty of insouciant charm and wit to his turn in “Oh Johnny, Oh Johnny, Oh!”

Newly added to the company’s repertory this season, Frederick Ashton’s “Monotones I and II,” a pair of eerie pas de trois choreographed to compositions of Erik Satie, was the centerpiece of this highly atmospheric and contemplative program.

Created in reverse order (“Monotones II” in 1965 and “Monotones I” in 1966), these short works represent Ashton’s classic style at its purest and most sublime, with fluid and unadorned ballet movements perfectly reflecting the poised tranquility of Satie’s music. Clad in matching caps and tights, the dancers evoked space voyagers, gently and coolly probing into a mysterious network of spatial geometry and communal liaison.

In “Monotones I,” Misty Copeland, Maria Kochetkova and Daniil Simkin danced with poised control, if not always with stylistic fluency, creating in the process a captivating cascade of languid legato movement. This threesome was also a deft embodiment of unconditional trust and harmony, the dancers supporting and guiding one another in a series of sustained arabesques and attitudes. But it was the second trio—Hee Seo, Alexandre Hammoudi and Sung Woo Han—who made an indelible impression in “Monotones II.” Giving each step a fine sculptural quality while keeping the clarity and purity of Ashton’s lines intact, the dancers managed to bring the whimsical surrealism and haunting beauty of the entire piece to the forefront in a performance of fluent synchronization and gentle sensuality.

Next
In with the New