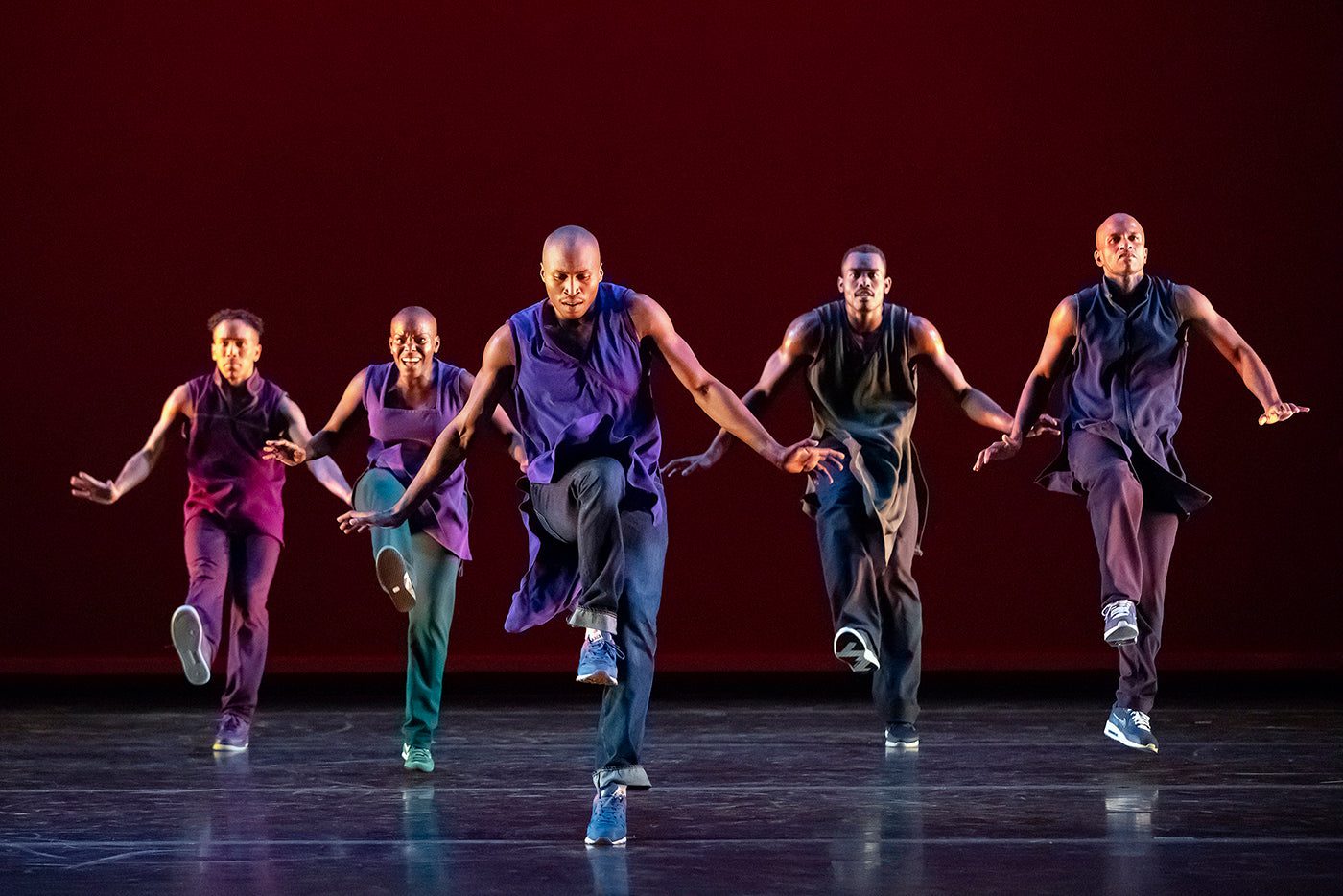 It’s been 30 years since Alvin Ailey’s death, but his company looks eager as ever to spread the gospel he wrote: a hip, harmonious union of modern dance and black vernacular styles. Ailey’s eminent legacy infuses every piece the troupe performs, even recent commissions like those on show in this UK tour. Where he led, his dancers continue to follow, finding vibrant new ways to honour the lives and experiences of black America.

In “Lazarus,” a two-act work by Rennie Harris, we’re reminded of the resilience and introspection needed to endure racial tensions. Harris melds the language of the church—clapping hands, arms raised in blessing—with grooving, jiving and a high-throttle 90s hip-hop that arouses a different kind of evangelism. The soundtrack is likewise fused, taking in thumping heartbeats, snatches of Nina Simone and a recording of Ailey himself.

Loosely inspired by Ailey’s biography, the piece races through scenes of domesticity and urban life, glimpsing the ugly heirlooms of southern America—bereavement, servitude, poverty—as well as its riches, including the rhapsody of the Baptist church. Bodies are caught, collapsed, dragged; they also rise up with alacrity and hustle, distilled here in pumping contractions and quicksilver footwork. One potent section begins with eyes cast downwards, postures crumpled, the dancers’ energy routed through shaking fists and darting stag leaps. The work loses some of its momentum with a clumsily placed interval—not sure why it isn’t shown as a single 50-minute piece—but a sense of vitality hums throughout.

Jamar Roberts’ “Members Don’t Get Weary” shares some imagery with “Lazarus,” including the scooting fortitude of workers in the field, styled here with denim and wide-brimmed hats. Set to John Coltrane’s wily “Dear Lord” and “Olé,” the piece contemplates various undertones of the blues, from mournful to angry to apathetic, refracting these through the lens of African-American history. The piece is Roberts’ first for the company (he’s an Ailey dancer himself), and makes canny use of light to pilot us through aching landscapes and moods.

The cast digs into the luxury of Coltrane’s notes, bending to their supple swerves. Swishing cymbals usher in a zippy male quartet, while a piercing flute takes the piece in a mystical direction, complete with capricious hip swivels and jolts through the torso. The backdrop, which gives the effect of dancers disappearing into a black ether, is especially gripping.

David Grand Moultrie’s “Ounce of Faith,” by contrast, is brightly lit and glossily costumed, a carnival of piano ballads, high-octane drumming and shrieking sounds of the street. Jessica Amber Pinkett is our star, emerging from the crowd with a lithe, undulating solo crowned by a gravity-defying backbend. There’s a conceit somewhere in the piece about inspiring teachers and the significance of their faith, but it’s mostly a vehicle for large-scale pumping choreography, including a technical chorus of swishing skirts, Carmen Miranda-style. These set pieces are fine, though the music takes up a lot of space here, stealing the edge from the dancers. The quietest scenes are the most impressive, like a shuddering, sultry male trio. The piece seeks to wow with loud theatrics, but it reverberates most when the urgency comes from within.

Sandwiched in the final programme is “Ella,” a quirky little duet from Robert Battle, restaged here by Marlena Wolfe. This riot of sequin suits and vaudeville goofs takes its slapdash energy from a scatting track by Ella Fitzgerald. Daniel Harder is a ball of effervescence, while Renaldo Maurice is steadfastly suave, even when he gurns. The somersaults are a highlight, and the male backing chorus that chugs across the stage for a quickfire cameo.

As usual, each programme closes with “Revelations,” the 1960 hit that perpetuates Alvin Ailey Dance Theater’s global fame, having shown in dozens of countries. From the gut-punch contractions of “Daniel” to the halting benediction of “Ready” to the swinging, chest-thumping finale, the number radiates devotion—to religion, yes, but also Ailey’s eloquent mid-century vision.

The soulful hips and luxurious sashays of “Wade in the Water” are lovely as ever, a confection of white ruffles and parasols floating like jellyfish. Chalvar Monteiro brings an insightful dash of desperation to “Sinner Man,” shooting across the stage with the fire of the possessed, and of course there’s the heart-tugging energy of “Rocka My Soul,” with its rapturous line dancing. The current generation of Ailey dancers bring an easy, gracious endurance to this vintage piece.

Next
A Study in Energy and Form